Africa is making progress but the condescension of NGOs and supposed world leadership toward the continent is reflected in politically correct energy help.

Steven Lyazi, a college student from Uganda wrote a piece on this site back in 2017 pointing out Africa didn’t need politically correct green energy so much as real energy in the form of electric power plants that build upon the continent’s plentiful natural resources, including natural gas. Unsurprisingly, international foundations, environmental NGOs, the European Union, WHO, the World Bank, the IMF and the UN have been more enamored with central planning, doling out their environmental and technological genius like “benevolent dictator.”

In most cases, the world financial institutions ended up just giving loans to really bad governments. Essentially, the World and International Monetary Fund never designed aid program incentives to help with malaria and insect infection actions. Like most examples of Western arrogance, these aid programs were simply expected to provide a silver bullet to issues such as population control, but they stuck with the environmental bromide, a insecticide free world.

As Lyazi explained, the same thing has happened with energy:

…we must not look at wind and solar as anything more than short-term solutions to fix serious, immediate problems. They do not equal real economic development or really improved living standards. Our cities need abundant, reliable electricity, and for faraway villages wind and solar must be only temporary, to meet basic needs until they can be connected to transmission lines and a grid… 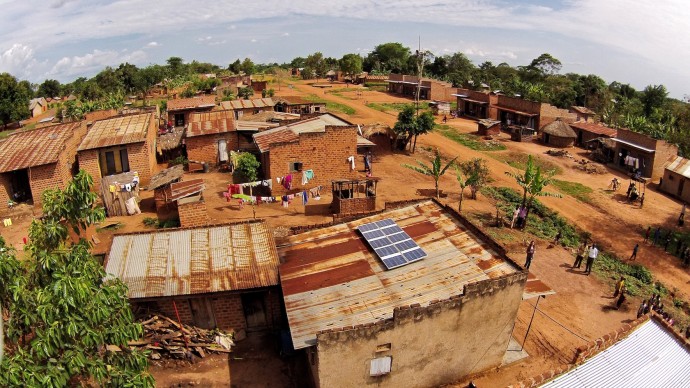 It will have to come from nuclear power plants – or coal or natural gas generating plants. Africa has these resources in great abundance. But so far we are barely developing or using them, except maybe to export oil to wealthy nations. We should use them. Right now, most of our natural gas from oil fields is just burned and wasted right there. Why not build gas pipelines to power plants to generate electricity for millions? … Mostly because powerful environmentalist groups oppose these projects. They care more about plants, animals and their own power, than about African people.

It has, too, become obvious that government-driven approaches are inferior to those market-driven. In Ghana, their leaders supported economic freedom allowing the market work, but even they have become infested. Notably, the United Nation has been appropriately called as “a very ineffective club of dictators.”

Meanwhile, the desert lo­cust, described by the United Na­tions Food and Agri­cul­ture Orga­ni­za­tion as “the most destructive mi­gra­tory pest in the world,” can fly as far as 120 miles a day. Billions and billions of lo­custs can travel in the same swarm.
Kenya, in particular, has been hit hard. One swarm there measures 37 by 25 miles, and of­fi­cials think over a mil­lion acres of pas­ture and crop­land have al­ready been de­stroyed. The U.N., who shares a major responsibility for the famine, says that more than 20 mil­lion peo­ple in East Africa are fac­ing food short­ages.
Currently, these lo­cust swarms now threaten food se­cu­rity and liveli­hoods in South Sudan, Ethio­pia, Somalia, Kenya, and even Uganda as well as the Ara­bian Penin­sula.

Consider the following poverty and hunger facts regarding Africa:

When will world leaders stop shedding their arrogance and anti-intelligence?

Well, Mr. Lyazi has an answer for that:

What we Africans worry about and need to fix are malnutrition and starvation, the absence of electricity, and killer diseases like malaria, tuberculosis, sleeping sickness and HIV/AIDS. Climate changes and droughts have been part of our history forever, and modern energy and technology would help us cope with them better in the future. We must stop focusing on climate change.

African governments are not doing enough to build the energy, transportation and communication systems we desperately need. They are not standing up to Europeans, global banks or environmentalists who oppose big power plants in Africa. They need to do better at helping their people.

Our leaders also need to remember that Europe and the United States did not have a World Bank or other outside help when they modernized and industrialized. They did it themselves. National and local governments, groups of citizens and businesses, and various banks and investors did it. They invented things, financed big projects, and built their cities and countries. China and India have figured this out.

Now Africa needs to do the same thing – and stop relying on outsiders, bowing to their demands, and letting them dictate our future. We have the energy and other natural resources, and the smart, talented, hardworking people to get the job done. We just need to be set free to do it.