Alberta Has Had It with Trudeau, the World Economic Forum’s Man

Alberta Has Had It with Trudeau, the World Economic Forum’s Man

No one better depicts the condescension of elitists shilling for the World Economic Forum and its climate agenda than Justin Trudeau. Alberta has had enough.

Dan Markind has an interesting column up at Forbes on the rejection of Justin Trudeau’s climate policies; policies aimed at serving the interests of the World Economic Forum in advancing its own worldwide power grab. Readers will recall, in fact, that Klaus Schwab, the Dr. Evil character who runs that outfit, has bragged about Trudeau and much of his cabinet being acolytes and trainees of Schwab’s real-life Virtucon Industries. Klaus wants unlimited power to achieve a Great Reset with himself at the helm of a new world order and Trudeau is his man. The people of Alberta, though, have had enough of his tyranny. 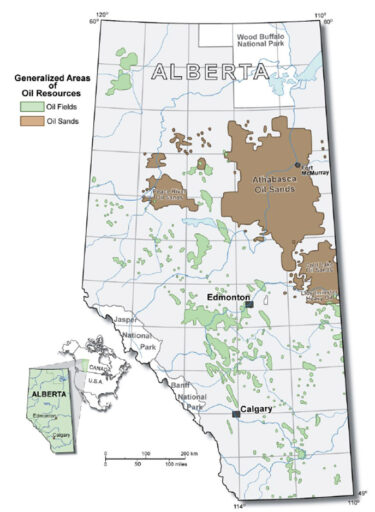 Canada is ruled by a coalition government headed by the leader of the Liberal Party, Justin Trudeau. He has been outspoken about the need to combat climate change and the unease his government feels with the fossil fuel industry. Similar to United States President Joe Biden, Trudeau has not banned the industry, but he has been no friend to it either.

This has infuriated many in Canada’s western provinces where the energy industry is located. Most outspoken are the people of Alberta, the wealthiest of the energy provinces and the location of most of the gas and oil reserves. While Ontario, the largest province, and many of the other eastern provinces often vote Liberal, Alberta almost always votes Conservative.

This week, Alberta swore in a new Premier, the equivalent to a Governor of an American state. Danielle Smith, age 51, ascended to that role after having won an internal vote of Alberta’s United Conservative Party.

Smith ran on a platform of standing up to Ottawa, the federal capital. She pledged that she would respect decisions of the Supreme Court of Canada but would litigate any with which she disagreed. During the campaign, Smith proposed the Alberta Sovereignty Act, which she said would allow the province to nullify any federal law with which it disagreed. While critics claimed that law would be of dubious constitutionally, if enacted, Smith made no secret that she would challenge Trudeau in any way in which she feels the left leaning federal government is harming Alberta’s economic interests.

The interrelationship between federal and provincial power is looser and less well defined in Canada than it is in the United States between the federal government and the individual states. In recent years, the provinces themselves have often been at each other’s throats. In 2019, Alberta proposed placing an energy embargo over neighboring British Columbia over the latter’s opposition to a gas and oil pipeline proposed by Alberta from Edmonton to north of Vancouver on the Pacific Coast.

Into this regulatory breach Smith has inserted truly incendiary rhetoric. In her acceptance speech after her election victory, Smith proclaimed “no longer will Alberta ask permission from Ottawa to be prosperous and free.” Smith has also taken extreme positions on other issues, but the campaign itself was dominated by the not too subtle threat of Alberta’s potentially separating from the rest of Canada for good.

Few expect anything so radical to actually happen, but the fact that Smith now is the Premier of Canada’s most important energy producing province shows the depth of the feelings against the Canadian federal government felt in the energy producing west. Perhaps less intense, many of those feelings are shared in the neighboring province of Saskatchewan, which also has plentiful oil and gas reserves.

Justin Trudeau is, quite simply, a spoiled child and the way he dealt with COVID was one of the worst examples of pure tyranny to be found anywhere in the world; treating opponents of his policies as criminals with no rights whatsoever. That was consistent with World Economic Forum objectives and so are Trudeau’s global warming policies, which are radically opposed to fossil fuel use.

Alberta’s new leader is hardly extreme in seeking to combat Trudeau’s megalomania. She is simply standing up to him, which is the only thing that will save Canada’s most rural energy producing provinces. Indeed, she is only doing what is demanded to wrest control away from elites in every country who seem determined to treat citizens of those nations as nothing more than useless serfs as they seek to take over everything. Alberta is simply another example of the refusal of citizens to accept their fate. Italy was another and there will be many more, because the public is no longer willing to live by the lies being sold by the World Economic Forum and others who demand we own nothing and be happy.

We see the same thing in the United States, of course. Upstate New York is being strangled by the NRDC gang and its friends in high places. Josh Shapiro would do the same in Pennsylvania. California is on a politically correct path to complete destruction. Joe Biden’s controllers are attacking oil and natural gas on every possible front, courting energy disaster and it’s no accident. It’s deliberate; a plan to collapse everything and replace energy security and democracy with corrupt government by unelected elites.

So, I say, hooray for Alberta. Fight on and fight hard. Resist like your lives depend on it, because they do. We are in a kinetic war over energy and much else to protect our liberty, our property and our future and if that sounds incendiary, well, so be it. Alberta has had enough and so have many others. We cannot let Dr. Evil and his Number Twos in Canada, here or elsewhere prevail.