Asia to lead construction of new O&G pipelines by 2024

Asia is set to lead the global construction of new trunk/transmission oil and gas pipelines by 2024, holding a 36% of total estimated additions, consulting firm GlobalData said in a new analysis on Friday.

The region expects 109 projects with a 46,699-kilometer length of new-build oil and gas pipelines. Roughly 78% of these projects have already received approvals for development, while the remaining 10,114 km are from early stage announced projects, Kallanish Energy learns. 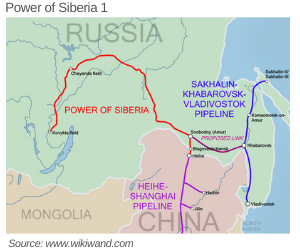 “The Power of Siberia 1 (China section) is the longest upcoming pipeline in the region with a length of 3,371 km,” said analyst Soorya Tejomoortula. The gas pipeline will deliver Russia’s Gazprom gas to China’s CNPC.

North America ranks as No. 2, with a global share of 22%, GlobalData said. Planned projects account for 60% of the total additions, while 11,647 km are announced projects. The Keystone XL pipeline is the longest infrastructure in the region, measuring 1,947 km. It will transport crude oil from Canada to the U.S.

The third largest contributor to new pipeline capacity is the Middle East regions, with 81 projects planned and announced. By 2024, these pipelines should increase trunks/transmission capacity in the region by 13,574 km.

GlobalData said 54 of the Middle Eastern projects are planned, with the Basra-Aqaba Oil being the longest expected line in the region, with 1,680 km of pipes laid. The infrastructure will deliver Iraqi oil to Jordan.