[Editor’s Note: Basil Seggos is a radical tool of political hacks such as Cuorruptocrat, who are in league with green eggs and scam corporatists. Now, he’s after bitcoin!]

New York State has become aggressively hostile to any business remotely connected to fossil fuels. NY is openly prejudiced and discriminates against oil and natural gas companies. Earlier this year (in May) we told you about a “bitcoin miner” that uses natural gas to produce electricity to power some serious computers (see Upstate NY Bitcoin Miner Faces Opposition from Enviro-Left). Even though the company is doing its best to atone for its “sin” of using natural gas via buying indulgences (aka carbon offsets), environmentalist wackos oppose the facility located in Dresden, near beautiful Seneca Lake (one of New York’s Finger Lakes) in the central part of the state. 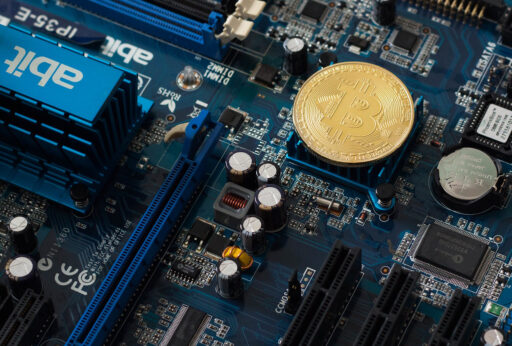 Refer back and read our previous post in May for background details on bitcoin mining–what it is and how it works. We’ll skip the refresher in this post. This post is about the rabid, radical agenda of leftist so-called environmentalists who irrationally hate natural gas because it’s a “fossil fuel.”

The radicals are attempting to shut down this private bitcoin enterprise that not only uses clean-burning natural gas (most of it from the Marcellus) to power 15,300 computer servers, but also generates extra electricity that it feeds into the local electric grid. Their preferred method of shutting it down is to pressure the Andrew Cuomo-corrupted Dept. of Environmental Conservation to deny renewal of the plant’s air quality permit. The wackos hope if they can shut down this operating natgas-fired power plant, they can use the same warped tactic to shut down and prevent other plants from using natgas to power up. It’s sick. They have a mental disease.

Unfortunately, DEC Commissioner Basil Seggos, a corrupt Cuomo appointee not yet replaced by the new left-leaning Governor (Kathy Hochul), has sent a loud and clear signal via Twitter he intends to shut it down. Once again NY proves it is closed for business, if you read this AP story:

An obstacle to large-scale bitcoin mining is finding enough cheap energy to run the huge, power-gobbling computer arrays that create and transact cryptocurrency. One mining operation in central New York came up with a novel solution that has alarmed environmentalists. It uses its own power plant.

Greenidge Generation runs a once-mothballed plant near the shore of Seneca Lake in the Finger Lakes region to produce about 44 megawatts to run 15,300 computer servers, plus additional electricity it sends into the state’s power grid. The megawatts dedicated to Bitcoin might be enough electricity to power more than 35,000 homes.

Proponents call it a competitive way to mine increasingly popular cryptocurrencies, without putting a drain on the existing power grid.

Environmentalists see the plant as a climate threat.

They fear a wave of resurrected fossil-fuel plants pumping out greenhouse gasses more for private profit than public good. Seeing Greenidge as a test case, they are asking the state to deny renewal of the plant’s air quality permit and put the brakes on similar projects.

“The current state of our climate demands action on cryptocurrency mining,” said Liz Moran of Earthjustice. “We are jeopardizing the state’s abilities to meet our climate goals, and we set the stage for the rest of the country as a result.”

The former coal plant, in a touristy region known for its glacial lakes and riesling wines, was converted to natural gas by Greenidge and began producing electricity in 2017. Bitcoin mining at the plant, which has a 106-megawatt capacity, started in earnest last year. The company said it was “bringing a piece of the world’s digital future” to upstate New York.

“For decades, this region has been told it would see new industries and opportunities,” Greenidge said in a prepared statement. “We are actually making it happen, and doing it fully within the state’s nation-leading high environmental standards.”

Bitcoin miners unlock bitcoins by solving complex, unique puzzles. As the value of Bitcoin goes up, the puzzles become increasingly more difficult, and it requires more computer power to solve them. Estimates on how much energy Bitcoin uses vary.

Greenidge said it mined 729 bitcoins over three months ending Sept. 30. The value of cryptocurrency fluctuates, and on Friday, one bitcoin was worth over $59,000.

Opponents are frustrated that Greenidge applied to run a power plant but are now operating a mine that is taking up more of the plant’s power.

Greenidge says mining was not part of the plan when the plant came back online and note they continue to provide power to the grid. From January through June, Greenidge said it used 58% of its power for mining.

Supporters see it as an economic boon in a part of upstate New York that could use the help. Douglas Paddock, chairman of the Yates County Legislature, testified at a public hearing this week that the plant has brought 45 high-paying jobs and made a “significant contribution” to the area through tax payments and capital investments.

Some opposition to the plant centers on the potential effects of its water withdrawals from Seneca Lake. But air quality issues have taken center stage as the state Department of Environmental Conservation reviews the plant’s air emission permits.

Greenidge has said it’s in compliance with its permits and that the plant is 100% carbon neutral, thanks to the purchase of carbon offsets, such as forestry programs and projects that capture methane from landfills.

Opponents claim the plant undercuts the state’s efforts to dramatically slash greenhouse gas emissions in the coming decades under its 2019 climate law.

A large coalition of environmental groups and other organizations this week asked Gov. Kathy Hochul to deny the air permit for Greenidge and to take a similar action to keep an existing plant near Buffalo from becoming a mining site. The coalition wants Hochul to set a “national precedent” and enact a statewide moratorium on the energy intensive “proof-of-work” cryptocurrency used by bitcoin miners.

Environmentalists estimate that there are 30 plants in New York that could be converted into mining operations.

“I really think more than anything, this plant is a significant test for whether the state’s climate law is really worth anything,” said Judith Enck, who served as the EPA’s regional northeastern U.S. administrator under President Barack Obama.

New York state has yet to make a determination on Greenidge’s permits.

Greenidge said that even if the plant ran at full capacity, its potential emissions equate to 0.23% of the state’s greenhouse gas emissions reduction target for 2030.

However, state Environmental Commissioner Basil Seggos tweeted last month that “Greenidge has not shown compliance with NY’s climate law” based on goals in that law.

“New York state is leading on climate change,” Seggos said in a prepared statement, “and we have some major concerns about the role cryptocurrency mining may play in generating additional greenhouse gas emissions.”

This is not some fly-by-night facility. The Greenridge facility earned, according to investment firm B. Riley Securities, an estimated $40.7 million in revenue during the third quarter:

Investment firm B. Riley Securities estimated that Greenidge will report $40.7 million in revenue for the quarter, according to FactSet. Shares of Greenridge were declining 1.4% to 24.75 on Monday morning.

Greenidge mined 729 bitcoin during the third quarter and had approximately 15,300 miners in operation with 1.2 EH/s of combined capacity as of Sept. 30. The company ended the quarter with $52 million of cash and fair market value of cryptocurrency holdings.

Greenidge shares gained 7% on Sept. 29 after B. Riley initiated its coverage of the bitcoin miner with a buy rating and $78 price target. B. Riley said Greenidge may reach hashrate, or computing power, of 3.1 EH/s by the end of 2022 and 6.8 EH/s by the end of 2023 as the mining industry continues to flee China after the country’s latest crypto crackdown.

Greenridge became the first publicly traded bitcoin miner following a merger with Support.com. Seggos and the environmental left are looking to flush all that down the toilet because of their irrational hatred of fossil fuels. It boggles the mind.

Editor’s Note: This story illustrates the obsessive mindset of radicals to the exclusion of all else, which is why they should never be in charge. But, one must never forget they are just the shills and tools for others who couldn’t care less about the ideology and are equally obsessed with power and money; power to manipulate others in the fashion of your friendly Motor Vehicles clerk and money to be made by ripping off ratepayers and taxpayers for green eggs and scam in the fashion of Elon Musk.