Biden Backwash: Heating Our Homes About to Become Expensive

…
[Editor’s Note: Who knew it would be this bad? Joe Biden, the zombie occupying the White House, has been a disaster and expensive home heating costs are but one of the results.]

If gasoline prices are hurting American pocketbooks, home heating prices will cause similar concerns for households this winter. Energy prices are going up, fast. According to the Energy Information Administration’s Winter Fuels Outlook: 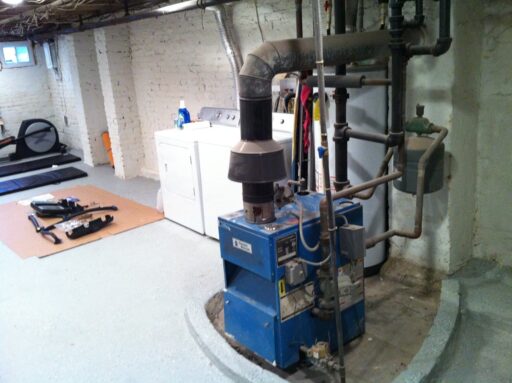 For natural gas, the average home-heating bill is expected to be $746 from October 1 to March 31, compared with about $573 during the same period last year. According to EIA, U.S. households will spend more on energy this winter than they have in several years. The agency attributed the higher heating bills to rising energy prices—natural-gas futures this year have reached a seven-year high—and the expectation of a more frigid winter than what most of the country experienced last winter.

The mix of fuels to generate electricity in the U.S. electric power sector this winter is different from last year as a result of changes in expected fuel costs and changes in available generating capacity. Due to higher natural gas prices, more coal will be used and less natural gas.

An energy shortage similar to the one in Europe and Asia is not likely to occur in the United States this winter because the nation has significant natural gas storage capacity, is one of the largest natural-gas producers in the world, and has a diverse mix of electric generators, with significant amounts of coal and nuclear plants. But, the Biden administration could change that in the future with its goal for a carbon free generation sector by 2035. Similar to President Biden’s pursuit of renewable energy, European countries have been transitioning to intermittent wind and solar power that are not filling the gap during the energy shortage, and consequently have experienced skyrocketing energy prices.

Relatively weak natural-gas inventories, low wind levels, the post-pandemic economic recovery, coal shortages in China and the possibility of a cold Northern Hemisphere winter have sent fossil-fuel prices in Europe soaring. Benchmark European natural gas prices have risen 184 percent in the past three months. The shortage of natural gas, which is two to three times more expensive than the equivalent amount of oil in Europe, has utilities switching to more emissions-intensive fuels.

The high natural-gas and coal prices are pressuring power-generation companies and manufacturers to switch to oil, a trend that could add half a million barrels a day to global demand, according to the International Energy Agency (IEA). The IEA increased its global oil-demand forecasts for this year and the next by 170,000 and 210,000 barrels a day, respectively, indicating that the cumulative effect could be as large as 500,000 barrels a day from September through next year’s first quarter. That increase means that the IEA expects the demand for oil next year could exceed pre-pandemic levels at 99.6 million barrels a day.

Despite the increased production from OPEC+, the cartel is expected to produce 700,000 barrels a day less oil than the world’s demand in the fourth quarter of 2021, according to IEA. With President Biden’s actions against oil development in the United States and production in the United States running a million barrels per day behind 2019’s peak production, the cartel is well-positioned to profit from selling oil for decades to come. Further, they will also be able to control prices, so consumers can expect even higher prices to come.

Americans can expect significantly higher heating bills this winter due to higher energy prices and more consumption resulting from expectations for a colder winter. However, the United States is expected to be in better shape than Europe, where energy prices are soaring due to low stock piles of natural gas, limited natural gas supplies from Russia, low wind resources, competition from China for coal and LNG, and a limited electric capacity mix due to its transition to renewable fuels.

Editor’s Note: So, why are we emulating Europe? There are at least three reasons.

First, Europe envy is bred into the minds of elites who are behind the hapless Biden and controlling him. That’s because European culture is much more class conscious and only elites get to rule. Our elites are especially fond of that feature.

Secondly, the European energy model rewards corporatism, where government exists to feed special interests, where big business is given special privileges and rewards for allowing government to lord it over the people. Mussolini wasn’t an exception, just an especially bad example of the norm. Green eggs and scam are always on the menu in Europe.

Finally, Europeans, especially Brits and Germans, are all about order; keeping the commoners in their lanes and under control. The WuFlu debacle has been a perfect tool to control commoners and global warming is an excuse for even more control. Our elites are positively enthralled with the possibilities here at home. Put a pretend climate catastrophe together with a hyped up pandemic and you’ve got everything you need to control every action action and every thought of others; you are king of the hill!

Such is the thinking of those who control Joe Biden and are giving us the worst policies imaginable and rising heating costs are the least of the ill effects we going to face as a result.