Biden Digging Own Grave, Or Ours? Or, Both?

Biden Digging Own Grave, Or Ours? Or, Both?

[Editor’s Note: Is Joe Biden, hopelessly inept, wrong about everything over his career, incapable of leading us forward, leading us toward the grave and digging it for us all?]

The Biden administration is persistently digging an economic grave for Americans by looking to import both oil and alternative technologies rather than developing domestic sources to restore energy independence. 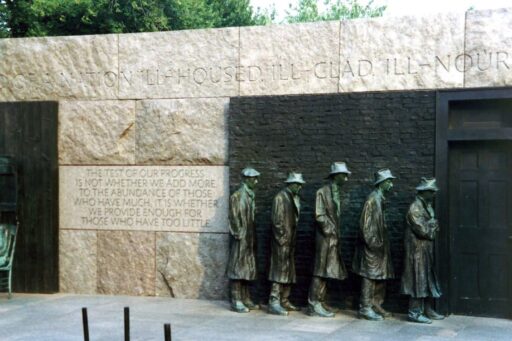 First the bread lines, then the grave?

Having banned the importation of Russian oil in reaction to Putin’s attack on Ukraine, the administration reportedly is seeking substitute supplies from Venezuela, Iran, and Saudi Arabia rather than from Texas, North Dakota or Canada.

President Biden may view reliance on oil imports as a temporary measure since he has said his long-term plan is to have so-called green energy sources become dominant. However, even if the administration’s energy savants can get past the reality that wind and solar cannot reliably supply baseload power to large populations, they will be relying on the importation of minerals and materials from a hostile China.

A majority of raw materials for renewable technologies originate in China, which helps to explain why most U.S, solar panels come from there. The U.S. relies on China for 80 percent of its rare earth needs. The rare earths come with strange names like neodymium and praseodymium. Indian publication ThePrint offers this description:

“Of the 17 rare earths, neodymium is arguably the most needed in the world right now. Electric vehicles cannot function without this and lithium, which is mostly found in Bolivia. (W)ithout neodymium, an iPhone cannot vibrate, air pods would not work and neither would wind turbines. This is because for all of them to work, they need to be powered by Rare Earth Permanent Magnets (REPM), which are the most powerful permanent magnets.”

So, by moving toward green energy, the U.S. would not be freeing itself from energy insecurity, but rather shifting its dependency to Chinese materials. In energy terms, the Biden administration’s much vaunted transition from fossil fuels is doubly risky because solar and wind are intermittent, only available less than 30 percent of the time.

This intermittency — a product of sunsets, clouds and the vagaries of winds — contributes to the high cost of solar and wind. They must be backed up reliably by more conventional sources — mostly coal, natural gas or nuclear. Their availability is more than double or triple that of the alternatives.

The elephant in the room is the huge oil and gas reserves that sit unused inside U.S. borders. Even while facing one of the most dangerous geopolitical situations in his lifetime, Biden is refusing to declare the need to use perhaps his most valuable strategic asset.

The U.S. Energy Information Agency estimates 38.2 billion barrels of crude oil and 473.3 trillion cubic feet of natural gas in U.S. reserves. This ranks U.S. in the global top 10 for crude oil reserves. The current administration apparently would rather make America economically weak, spiraling towards hyper-inflation, rather than use resources readily available in its own backyard.

The largest natural gas reserves in the world are found in the Appalachian Basin of the eastern United States. Unfortunately, much of this product is stranded due to lack of needed pipelines which have been stalled by environmentalists and poorly thought-out bans.

There may be enough time for the U.S. to avoid being borne to the cemetery of the economically deceased, but only if the American people can muster the political will to take advantage of its resources and ingenuity. Otherwise, the current administration’s legacy might be that of a pallbearer.

This commentary was first published on April 6, 2022 at bizpacreview.com.