Biden Speaks As We All Look for the Red Panic Button!

Biden Speaks As We All Look for the Red Panic Button!

[Editor’s Note: When Joe Biden speaks, it’s hard to listen in the sense of paying attention, yet we are forced to hear, as if we just accidentally hit our car’s panic button.]

Either way, everyone notices and nobody pays attention. The difference is that the guy who accidentally sets off his car alarm is embarrassed as he fumbles his way into the car to silence it while President Biden believes his statements make sense. 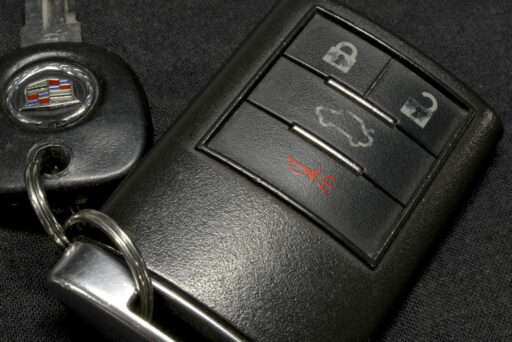 Press the red button accidentally, the alarm goes off, everyone notices and few pay attention. It’s about the same when President Biden talks about gasoline prices.

Last month, he was adamant that Russian President Vladimir Putin is the only reason for the breathtakingly high price of gasoline. By his reasoning, President Putin single-handedly caused this by Russia’s invasion of Ukraine, an excuse that would be great for President Biden if anyone beyond his sycophantic followers and blissfully naïve partisans actually believed it. Despite his ongoing efforts, he hasn’t convinced those in the real world that his Russian counterpart personally made this happen with no outside aid, just like an activated car alarm convinces few of those who hear it that something important is actually taking place.

At best, President Biden’s statements on gasoline prices lie somewhere between misguided and baffling, a condition that helps to explain why he has very little impact on the problem which he helped to create. It’s difficult to accomplish much that’s positive when obtuse ramblings induced by fuzzy thinking arrive on a daily basis.

Consider President Biden’s approach to “punishing” his Russian counterpart by the imposition of sanctions. Like the blaring car alarm, talk of such punishment sounds like something big is happening and decisive action is just around the corner, but like the blaring car alarm that was accidentally tripped, it generally doesn’t accomplish anything.

Maybe, though, it’s too cruel to compare President Biden’s comments to an unintentionally triggered car alarm. After all, we know that some of those comments made when he’s not holding President Putin totally responsible or when he’s unsubtly updating the Left’s redistribution-of-the-wealth concept to focus on redistribution of the blame actually do receive attention and not just from those who are laughing at the inanity of his remarks. Push the red button on the key fob often enough and things begin to happen.

The American Petroleum Institute found the nerve to stand up and tell President Biden what amounts to “well, now, wait a minute.” In a classic deflection, Chevron Chairman Michael Wirth was determined to be “mildly sensitive” when he wrote to President Biden about his comments toward the oil industry. Next, in what was apparently President Biden’s turn to not notice something, he declined to attend a meeting with oil company executives despite Energy Secretary Jennifer Granholm’s claim that he “wants to do everything” to cut gasoline prices. Who knew “everything” had multiple definitions?

Another group, less formal than the American Petroleum Institute and lacking an official-sounding name, has indeed noticed that noise from the White House isn’t the same as action from the White House and that’s a group whose position should be of great concern to President Biden. He should probably be thinking, too, of those who have decided to call him out on the absurdity of the baseless verbiage that he and his hangers-on dispense to fawning “news” media.

President Biden and his adulators, of course, aren’t the only public figures to offer ridiculous statements when it comes to energy.

To be fair, it’s obviously not completely true to say that nobody pays attention to President Biden, but sometimes, it would be far better for the maundering president if he were ignored as widely as a ululating car alarm is ignored.