The Institute for Energy Research (IER) is out with more data exposing the Big Green special interest political influence machine.

IER has assembled a great tool with which to investigate and report the nature of the Big Green swamp that is filled with special interest beasts eager to devour what’s left of America to feed its ravenous appetite for corporatist green eggs and scam and honor among elitist thieves Here’s their announcement regarding their latest Big Green, Inc. update. 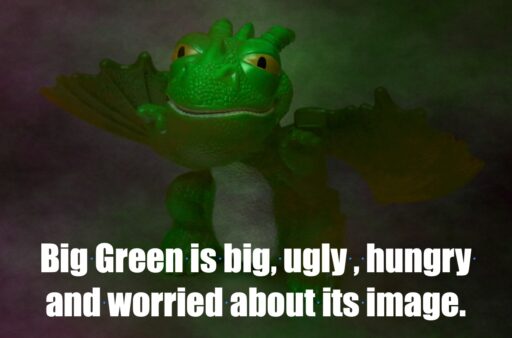 The Institute for Energy Research (IER) released another update to its Big Green, Inc. (BGI) database adding documentation of $476 million in grants moving between innocuous-sounding foundations and powerful special interests in Washington DC. In total, BGI has documented $5.7 billion fueling today’s green lobbying and grassroots pressure groups. That figure only includes the giving history of seventeen major foundations and there are hundreds of foundations and organizations actively connected to the green movement.

This latest BGI update pulls from 2018 tax filings, only recently made available, revealing a disturbing trend among several foundations that the database tracks. Among the latest round of grants, $14.25 million flowed from the William and Flora Hewlett Foundation to the Energy Foundation and ultimately to an organization called Energy Foundation China, just as tensions between the U.S. and China are mounting.

These donations coincide with a major shift in policy direction by the Biden Administration away from America’s newfound energy independence (built on traditional energy sources) towards wind, solar, and electric vehicles, all of which are primarily manufactured in China and require Chinese-controlled rare earth minerals. Numerous media outlets have highlighted the rush by the green lobby to push Congress to again extend the wind and solar tax credits for a 13th time, this time for 10 years. The wind and solar industries claim they are now the cheapest form of electricity generation in the U.S. and the fastest growing, yet they appear to be unable to survive without assistance from U.S. taxpayers. There’s little doubt these tax credits would greatly benefit Chinese-owned or controlled companies.

The Natural Resources Defense Council (NRDC) was also a big beneficiary of BGI grants in 2018, receiving 11 grants totaling just shy of $4.7 million, including $500,000 for their own China energy program. This is on top of a pledge by Jeff Bezos to provide the NRDC with $100 million. Bezos has committed $791 million to 16 environmental organizations as a part of his widely publicized $10 billion Earth Fund, despite that fact that Amazon’s carbon footprint grew by 15 percent in 2020. Some have charged Bezos with trying to buy off the environmental community with their grants while doing very little in terms of active lobbying for climate regulations that would negatively impact their business.

Gina McCarthy, the former CEO of the NRDC turned Biden National Climate Advisor, is in a powerful position that circumvented Senate confirmation process. In this role, McCarthy is largely shielded from transparency laws like the Freedom of Information Act and has direct access to the President.

“This latest update to the Big Green Inc. database is further evidence that the green left has more interest in protecting the interests of its funders and the global renewables industry than they do the environment. Thanks primarily to America’s shale revolution, America has become energy independent and at the same time has been leading the developed world in greenhouse gas emissions reductions. And yet, the greens would prefer that we give up that newfound independence and instead rely on China for our future energy needs.

If Congress were serious about transparency and the influence of special interest money in politics, Big Green Inc. is the first place they should be looking, especially the connections between left-leaning foundations, the Biden White House, and China.”

According to the Energy Information Administration (EIA), 2020 was the year America realized energy independence for the first time in 62 years, producing more than we consumed. Thanks to the use of hydraulic fracturing and horizontal drilling, production in the oil and natural gas industry increased a combined 11 percent in 2019. Total U.S. energy production increased by 5.7 percent in 2019 while U.S. energy demand decreased by 0.9 percent. The United States produced 101.0 quadrillion British thermal units (quads) of energy and consumed 100.2 quads last year. Natural resources accounted for 80 percent of both energy consumption and production in 2019.

Big Green, Inc., a project of IER, catalogues the influence of the deep-pocketed left on energy policy in the United States. The online map enables users to navigate the various foundations that spend billions of dollars supporting aggressive climate litigation, the promotion of uneconomic renewable energy sources, and overburdening regulations. Their influence has helped foment the anti-market sentiment that dominates energy policy in the United States and has played a major role in limiting economic growth in recent years.