[Editor’s Note: This post is a condensed version of a longer one on Roger’s website Pragmatic Environmentalist of New York.  Please refer to the full article for more details.]

On July 18, 2019 New York Governor Andrew Cuomo signed the Climate Leadership and Community Protection Act (CLCPA), which establishes politically based targets for decreasing greenhouse gas emissions, increasing renewable electricity production, and improving energy efficiency but did not include a requirement for a feasibility analysis regarding those targets.

Over the last year Advisory Panels to the Climate Action Council have developed and submitted recommendations for a plan to achieve the economy-wide greenhouse gas (GHG) emissions reduction target.   On August 2, 2021, the New York State Energy Research and Development Authority (NYSERDA) held a Reliability Planning Speaker Session to describe New York’s reliability considerations to the advisory panels and Climate Action Council.  If reliability is a key condition for CLCPA implementation then the briefing summarized here should have been held a year earlier. 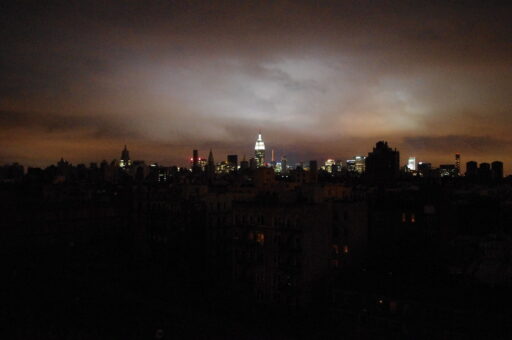 There is a long history of blackouts in New York State in general and New York City in particular that is a primary driver of reliability concerns in the state.  After a blackout in July 2019 AMNY published a brief history of blackouts in New York City.  The first regional blackout in 1965 was caused by a transmission problem in Ontario causing a wave of disruptions in the transmission system.  Over 30 million people and 80,000 square miles in Ontario, New York, Connecticut, Massachusetts, New Hampshire, New Jersey, Pennsylvania, Rhode Island, and Vermont were left without power for up to 13 hours.

After the Northeast Blackout of 1965, New York’s seven investor-owned utility companies established the New York Power Pool (NYPP), to address the reliability problems exposed by the blackout. There was another blackout in 1977 caused by storms cutting off transmission into New York.  Without sufficient local power, protective devices turn off overloaded lines and transformers to prevent physical damage to the equipment and this led to the outages.

As a result of this blackout, reliability constraints were strengthened to ensure that when storms threaten transmission into the City that sufficient in-City generation is available to prevent a re-occurrence.  The important point is that blackouts happened in the past due to unique circumstances that required subsequent revisions to the system.  Reliability planning is a constant concern for the electrical system professionals who operate the system and are responsible for keeping the lights on.

The members of the Climate Action Council and the advisory panels who are charged with providing recommendations to meet the CLCPA targets were chosen because of their political connections not their energy system expertise.  During the development of the advisory panel recommendations, it was obvious that reliability was only receiving token consideration and that many of the panel and council members did not understand the issues and requirements for a reliable energy system.  As a result, I was one of many commenters who suggested that a briefing on the topic of electric system reliability would be appropriate.  Obviously, this presentation should have been held early in the process but later is better than never.

The session presentation is available here and my full post provides a summary of each but here are my conclusions regarding what I observed.

The warning in all but one of the presentations was similar: it will not be enough to depend on today’s technology to develop a reliable electric system with net-zero emissions.  The NYSRC, for example, notes that “substantial clean energy and dispatchable resources, some with yet to be developed technology, over and above the capacity of all existing fossil resources that will be replaced” needs to be developed.

The NYISO explicitly points out that a “large quantity of installed dispatchable energy resources is needed in a small number of hours” that “must be able to come on line quickly, and be flexible enough to meet rapid, steep ramping needs” but only implicitly points out that these are magical resources that do not exist yet for utility-scale needs.  The utility consultation group explains that “technology development and diversity of clean resources are essential for long term success” but provide no details of the enormity of that task.

Even the DPS makes the point that “evaluating and implementing advanced technologies to enhance the capability of the existing and future transmission and distribution system” is necessary for future reliability.  The Utility Intervention Unit does not provide a comparable warning but does stress the importance of planning and the need to address new technologies.   None of these organizations was in a position to state the obvious that relying on as yet unproven technology to transition the electric system on the schedule of the CLCPA is a serious threat to reliability.

As further proof that the CLCPA is at its root simply political showmanship and virtue signaling, the technical session on reliability allowed an organization with a vested interest in today’s inadequate renewable technology to be included.  Giving Vote Solar a chance to present the message that “integrating renewables into the grid while maintaining reliability is possible, and in fact cost effective” proves that the whole thing is politically motivated because the presenter had neither the background or experience to understand the dangers and the requirements to maintain reliability.

Moreover, the speaker has no relevant responsibility but the organizations and professionals who are responsible for keeping the lights on all made the point that as the need for sufficient levels of new clean energy resources increases during the grid transformation “some of these resources rely on technologies that do not currently exist for utility scale application.”

Finally, note that problems with a similar transition are already being noted elsewhere.  In February 2021 the Texas electric system had a massive blackout.  The severe winter weather in Texas caused at least 151 deaths, property damage of $18 billion, economic damages of $86 billion to $129 billion, and $50 billion for electricity over normal prices during the storm. For years prior to the storm about $66 billion was spent on wind and solar in Texas.  In addition, the wind and solar sectors collected about $21.7 billion in local, state, and federal subsidies and incentives.

The scale of that problem pales compared to the scale of the situation when the CLCPA requirements to electrify heating and transportation increase winter load and the elimination of fossil generation increases the dependency upon wind and solar electricity generation.  In the winter at New York’s latitude the days are short and the solar panels could be covered by snow.  When there is a prolonged cold snap accompanied by light winds both renewable resources will be unavailable and the only question is for how long.  Combine those conditions with an ice storm and impacts similar to Texas will be inevitable.

Importantly note that the conditions that caused past blackouts were not anticipated and required subsequent adjustments to infrastructure and operating standards.  This will be the inevitable outcome of this transition to zero-emissions on its present schedule.  The ultimate question is whether the Climate Action Council will address the issues raised by the professionals or cater to the naïve dreams of the politically chosen members of the Power Generation Advisory Panel.

Absent changes to the law itself I fear New York consumers will be lab rats for a politically motivated virtue signaling empty gesture that is going to cost enormous sums of money, and, in the event of a major blackout, cause much more harm than good. The August 2, 2021 speaker session presentation is available on the New Climate Act page under the New York Climate Action Council meetings and materials link.   Thvere is a recording of the presentation available.  I recommend reading the session presentation as it gives a good overview of reliability issues facing New York in the transition to net-zero