BlackRock Climate Politics Gets Kick in the Teeth from WV

[Editor’s Note: BlackRock, the investment company behind ESG, is pushing climate alarmism for profit but West Virginia is pushing back hard against this green rent scheme.] 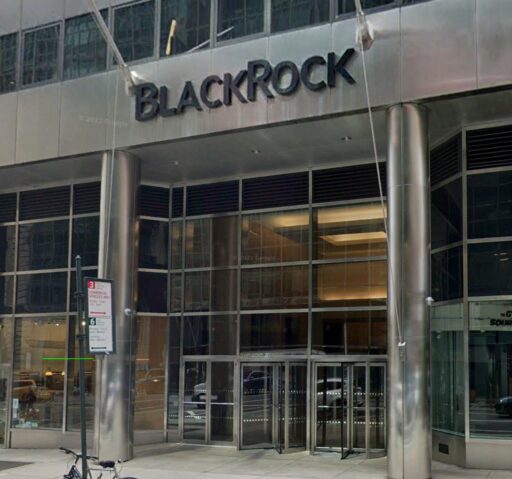 State Treasurer Riley Moore today announced the Board of Treasury Investments, which manages the state’s roughly $8 billion operating funds, will no longer use a BlackRock Inc. investment fund as part of its banking transactions.

The decision was based on recent reports that BlackRock has urged companies to embrace “net zero” investment strategies that would harm the coal, oil and natural gas industries, while increasing investments in Chinese companies that subvert national interests and damage West Virginia’s manufacturing base and job market.

“As the state’s chief financial officer and chairman of the Board of Treasury Investments, I have a duty to ensure that taxpayer dollars are managed in a responsible, financially sound fashion which reflects the best interests of our state and country, and I believe doing business with BlackRock runs contrary to that duty,” Treasurer Moore said.

Treasurer Moore said this action is consistent with his belief that the state should not do business with firms whose corporate policies directly threaten West Virginians’ interests and livelihoods.

Treasurer Moore also pointed to the significant financial risks associated with firms that invest heavily in China, due to that country’s lack of free market protections, intellectual property rights and outright government interference in markets and business activities.

“The Chinese government’s blatant interference and controls over businesses and markets creates a tremendous amount of uncertainty and risk for anyone attempting to invest there,” Treasurer Moore said.

BlackRock has been criticized for investing in some Chinese companies that have been identified by the U.S. Department of Commerce as “acting contrary to the foreign policy interests of the United States.”

“BlackRock CEO Larry Fink has been outspoken in pressuring corporate leaders to commit to investment goals that will undermine reliable energy sources like coal, natural gas and oil under the guise of helping the planet, but at the same time he’s pouring billions in new capital into China, turning a blind eye to abhorrent human rights violations, genocide and that country’s role in creating the COVID-19 global pandemic,” Treasurer Moore said. “Even liberal financier George Soros has said BlackRock’s China investments are ‘a tragic mistake’ that could potentially damage our national security.

“Any company that thinks Communist China is a better investment than West Virginia energy or American capitalism clearly has a bad strategy,” Treasurer Moore said. “We will continue to give our state’s business to people who aren’t simultaneously trying to destroy our economy.”

This is a huge story–an entire state divesting from a leftist fund manager (no doubt affecting hundreds of millions of dollars of investments). Yet it’s radio silence from mainstream (Democrat) media. Only Fox Business has (so far) carried this particular bit of news–at least as of this morning. All other media outlets have obediently, obsequiously ignored it. Do you see how so-called mainstream news is biased–particularly with censoring information they don’t want you to know?

West Virginia state Treasurer Riley Moore announced Monday that his state would end the use of a BlackRock Inc. investment fund over the firm’s push for climate-focused investment strategies that Moore says threaten his state’s economy.

“As the state’s chief financial officer and chairman of the Board of Treasury Investments, I have a duty to ensure that taxpayer dollars are managed in a responsible, financially sound fashion which reflects the best interests of our state and country, and I believe doing business with BlackRock runs contrary to that duty,” Moore said in a statement.

The treasurer’s press release explained that the decision came in reaction to reports that BlackRock “has urged companies to embrace ‘net zero’ investment strategies that would harm the coal, oil and natural gas industries, while increasing investments in Chinese companies that subvert national interests and damage West Virginia’s manufacturing base and job market.”

Last month, educational nonprofit Consumers’ Research sent a letter to ten governors, including the governor of West Virginia, whose state pension funds are most invested with BlackRock, warning about the money management firm’s heavy investments in China.

“BlackRock’s funneling of billions in U.S. capital to China carries with it risks not present in other markets, risks that threaten the large wagers the company is putting on steep returns from the Middle Kingdom,” Consumers’ Research Executive Director Will Hild wrote in the letter.

“Chinese firms are not held to the same transparency standards as their western counterparts, so foreign investors are often hard pressed to appreciate the true risk profile of what they’re investing in,” Hild added.

A BlackRock spokesperson told FOX Business at the time that the U.S. and China “have a large and interconnected economic relationship.”

“We recognize that our stakeholders have differing views on China — BlackRock takes those concerns seriously,” the spokesperson explained. “We seek to balance the concerns of our stakeholders with our role as a global investor and fiduciary working for our clients as we navigate this very complicated relationship between the US and China. Our approach to Chinese-related investments is consistent with U.S. foreign policy.”

BlackRock, the largest money manager in the world with more than $10 trillion in assets under management, announced in January 2021 that it had signed on to supporting a goal of achieving net-zero greenhouse gas emissions by 2050 or sooner. The company has made it no secret that it is committed to decarbonization and sustainability.

In 2020, the asset management behemoth rolled out a series of climate-focused exchange-traded funds that screen out companies with certain levels of investment in certain energy sectors such as coal and shale oil that environmentally-focused investors want to avoid.

BlackRock says on its website that its net-zero initiative is important because “climate risk will fundamentally reshape finance and drive a significant reallocation of capital,” adding that the company believes “a successful and orderly net zero transition is in the financial interest” of their clients “and the economy as a whole.”

BlackRock CEO Larry Fink says the company’s sustainability investment strategies are in high demand. He said on the company’s recent fourth-quarter earnings call that “We have already seen $4 trillion of capital move from traditional investments to sustainability ones in the last two years alone, and this is just the beginning.”

West Virginia is the second-largest coal producer in the U.S. and the state ranks fifth in total energy production. Roughly 4.6% of the state’s energy production comes from renewables such as hydroelectric and wind power, according to the state’s Department of Economic Development.

BlackRock did not immediately respond to FOX Business’ request for comment on West Virginia’s move.

Not long after the Fox article above was published, the Wall Street Journal (much to their shame) rushed in to try and prop up BlackRock CEO Larry Fink and his indefensible actions:

Larry Fink’s efforts to get companies to adopt climate-friendly policies have led some to call him an activist. The BlackRock Inc. chairman and chief executive prefers a different label: capitalist.

In his annual letter to the CEOs of the companies in which BlackRock invests, Mr. Fink said businesses that don’t plan for a carbon-free future risk being left behind. The quest for long-term returns, and not politics, is what animates the money manager’s efforts, he wrote.

“Stakeholder capitalism is not politics,” Mr. Fink wrote. “It is not a social or ideological agenda. It is not ‘woke.’”

Mr. Fink is responding to critics who say BlackRock shouldn’t seek to influence companies’ policies on governance, climate change and other hot-button issues.

Earlier Monday, West Virginia’s treasurer said the state’s Treasury investment board would no longer use a BlackRock fund after the money manager urged companies to reduce their emissions to net zero by 2050. The state official, Riley Moore, said the stance damages West Virginia’s economy.

“We focus on sustainability not because we’re environmentalists, but because we are capitalists and fiduciaries to our clients,” Mr. Fink wrote in his letter.

BlackRock is the world’s largest asset manager, a $10 trillion colossus that ranks among the top shareholders in companies from Apple Inc. to Xerox Holdings Corp. The majority of those stocks are held in funds that track the makeup and the performance of indexes. But because index funds can’t simply sell shares of companies when they are unhappy with their performance or leadership, firms like BlackRock have sought to nudge companies in other ways.

BlackRock made waves last spring when it voted to replace three Exxon Mobil Corp. directors over the oil giant’s reluctance to quickly transition to cleaner energy sources. The high-profile proxy battle followed the money manager’s decision, in January 2021, to reduce its own net greenhouse-gas emissions to zero by 2050. Later that year, BlackRock joined other financial-services firms in a pledge to bring their entire investment portfolios to net zero over time.

BlackRock’s support of a tiny environmentally focused activist at Exxon prompted critics to accuse the firm of aligning with liberal causes. But the political winds are shifting. President Biden’s approval ratings have been dropping, and Democrats fear steep losses in the coming midterm elections.

BlackRock executives have been fretting over how to position the firm in the wake of the Exxon vote, according to people familiar with the matter. Much thought has been given inside the company to the balancing act it must perform as it appeals to socially conscious investors while maintaining close ties with oil-and-gas companies and their supporters, the people said.

There are financial repercussions on both sides.

Last June, Texas passed a bill that requires state entities such as pensions to divest from companies that boycott the fossil-fuel industry. While it isn’t clear how the law will ultimately be applied, many saw it as a warning shot at BlackRock and its peers, a group that risks losing billions of Texas pension dollars under management.

In his 2022 letter, his 10th, Mr. Fink sought to remind corporate leaders that BlackRock is on neither side of the political divide. Setting goals for companies to lower emissions, he wrote, is “critical to the long-term economic interests of your shareholders.”

Companies must continue to evolve, or risk being replaced by more adaptive competitors. And the transition to a net zero world will transform every industry, he wrote.

“Our conviction at BlackRock is that companies perform better when they are deliberate about their role in society and act in the interests of their employees, customers, communities, and their shareholders,” he wrote.

Yeah, well, Mr. Fink, you don’t get to call yourself anything. We call you a woke, politically-motivated leftie–because that’s who you are. No amount of whitewashing and history rewriting by the WSJ changes that fact. Attempting to rename yourself a capitalist, when free market capitalism is the opposite of what you are doing, is revolting. It’s time for oil and gas companies to stop doing business with BlackRock, period. We hope more states (like Pennsylvania, Ohio, Texas, and others) follow WV’s lead. We hope WV’s actions are the beginning of the end for BlackRock.

Editor’s Note: BlackRock, together with the World Economic Forum leadership and like-minded folks aren’t just leftists. They’re corporatists who have abandoned capitalism in favor of grabbing green rent from governments across the world. They’ve entered into an unholy alliance with leftism because it offers them the tools to dictate the types of government policies that will further enrich them without the necessity of earning profits the old-fashioned way or convincing buyers or voters of anything. Carefully read BlackRock’s excuses above and you’ll see the language is nothing but cover for this disgusting corporatism.