BlackRock: Just Another Name for A Dirty Cartel?

BlackRock: Just Another Name for A Dirty Cartel

BlackRock, the big bank that has more money than any nation other than the U.S. and China, is part of a dirty cartel being called out by 19 attorney generals.

Vivek Ramaswamy, in his book “Woke, Inc.: Inside Corporate America’s Social Justice Scam,” makes a wonderful point about the fiduciary responsibility of corporations to seek the highest returns for shareholders. It’s not merely that the focus should stay focused on profits to the owners of the company, but that the company should stay in its lane. The latter is more important than the former in the 21st century when major corporations are so big they span the globe and can, themselves, effectively substitute for nation-states. Obligations for fiduciary responsibility, in fact, may be all that stand in the way of companies such as BlackRock ruling all of us and making us play their dirty game. 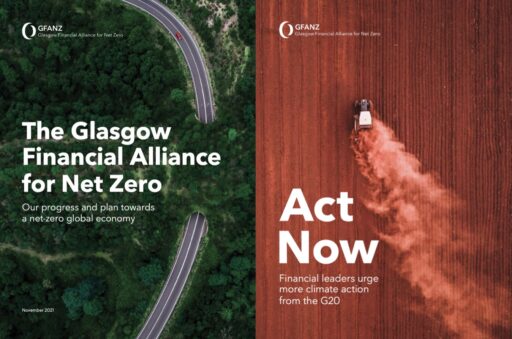 GFANZ – against fossil fuels, fertilizer and, apparently, non-organic agriculture that feeds the world

The critical importance of fiduciary responsibility to the political health of civil society was brought to mind last month when 19 state attorney generals across the United States rebutted a claim by BlackRock that it wasn’t threatening anyone in the fossil fuel business or telling anyone what to do when, in fact, it was doing just that by joining a worldwide cartel called the Glasgow Financial Alliance for Net Zero (GFANZ). This entity represents some 500+/- big banks and the like who have allied with the United Nations in a “Race to Zero” campaign.

This is the mother of all trusts in the Rockefeller sense of the word and accounts for some $130 trillion in assets; more money than anyone though there was and they all want more. The way they plan to get it is by stealing from consumers and businesses, reducing energy choices, grabbing subsidies, forcing the use of their products and inflating prices in the name of fighting a non-existent global warming “crisis.” They also want the power to keep doing it forever and, therefore, the control of not only economies but also governments, which simply become pawns on the chess board. This is apparently the BlackRock agenda.

It’s not only BlackRock, of course, but some of those big banks are getting nervous about what those 19 attorney generals said:

Banks including JPMorgan Chase & Co. and Morgan Stanley may leave the Glasgow Financial Alliance for Net Zero, Mark Carney’s coalition to fight climate change, because they fear the organization’s strict requirements for decarbonization may make them legally vulnerable.

It’s about time they started thinking through their participation in BlackRock’s plan to take over everything via ESG. It’s also about time those on our side, that of honest capitalism, real science and energy sanity spoke up the way these 19 have, because they’ve actually put the fear of God in bankers. They did with this letter, which I have highlighted for easy grasping of the key points. And, here are some of those key points (emphasis added):

Based on the facts currently available to us, BlackRock appears to use the hard-earned money of our states’ citizens to circumvent the best possible return on investment, as well as their vote. BlackRock’s past public commitments indicate that it has used citizens’ assets to pressure companies to comply with international agreements such as the Paris Agreement that force the phase-out of fossil fuels, increase energy prices, drive inflation, and weaken the national security of the United States. These agreements have never been ratified by the United States Senate. The Senators elected by the citizens of this country determine which international agreements have the force of law, not BlackRock…

Claimed neutrality differs considerably from BlackRock’s public commitments which indicate that BlackRock has already committed to accelerate net zero emissions across all of its assets, regardless of client wishes…

Furthermore, BlackRock has committed to “[i]mplement a stewardship and engagement strategy, with a clear escalation and voting policy, that is consistent with our ambition for all assets under management to achieve net zero emissions by 2050 or sooner.”

…As a firm, BlackRock has committed to implementing an ESG engagement and voting strategy across all assets under management, and held over 2,300 company engagements on climate, the most of any category of engagement. BlackRock took voting action against 53 companies on climate issues, with 191 companies put on watch…

Indeed, the first phrase on the GFANZ website is “[b]ringing together the financial sector to accelerate the transition to a net-zero economy.”

…BlackRock chairs a steering committee as part of GFANZ focused on the managed phaseout of fossil fuels. This goes beyond mere “dialogue,” to advocating for specific results. And, notably missing from these efforts are an exclusive focus on maximizing financial return from client’s fossil fuel assets, even if such efforts increase emissions.

Moreover, BlackRock joined groups so focused on promoting the Paris Agreement that they want to stifle opposing viewpoints altogether…

Members of Climate Action 100+ commit to forcing portfolio companies to “align [] political lobbying with the Paris Agreement,” without allowance for whether such an alignment would be in the financial best interests of the company…

BlackRock appears to have determined that every company should support the Paris Agreement without exception. Squelching political speech is the action of an activist whose mind is made up, not that of a neutral fiduciary seeking “dialogue.”

BlackRock’s commitment to the financial return of state pensions should be undivided. Many of our laws state that a fiduciary must “discharge [their] duties solely in the interest of the participants and beneficiaries . . . for the exclusive purposes of . . . providing benefits to participants and their beneficiaries; and . . . defraying reasonable expenses of administering the system.” The stated reasons for your actions around promoting net zero, the Paris Agreement, or taking action on climate change indicate rampant violations of this duty, otherwise known as acting with “mixed motives.”

…BlackRock’s belief that the world will require net zero by 2050 could be a pretext to force companies to adopt your preferred climate policies. This would not be the first time that a fiduciary claimed unsupported assumptions as the basis for its actions. For this reason, many of our states require a fiduciary to “make a reasonable effort to verify facts relevant to the investment.” BlackRock’s past failure to predict fossil fuel demand warrants caution regarding its enforcement of net zero policies on portfolio companies…

In fact, energy security is not aligned with decarbonization. When the two conflict, energy security wins. This should not have been surprising to you. Contrary to your predictions, Europe has restarted its coal plants less than a month after Mr. McCombe’s letter…

BlackRock’s coordinated conduct with other financial institutions to impose net-zero also raises antitrust concerns. Group boycotts, restraining trade, or concerted refusals to deal, “clearly run afoul of” Section 1 of the Sherman Act. Section 1 prohibits “[e]very . . . combination . . . , or conspiracy, in restraint of trade or commerce.” Regarding the definition of a “combination,” the Supreme Court has held that this language prohibits “concerted action.”

BlackRock’s actions appear to intentionally restrain and harm the competitiveness of the energy markets. Disturbingly, a survey last year from the Federal Reserve Bank of Dallas asked: “Which of the following is the primary reason that publicly traded oil producers are restraining growth despite high oil prices?” Sixty percent of respondents referenced a form of “investor pressure.”

These antitrust concerns are especially acute because BlackRock and other asset managers affirmatively tout their market dominance. BlackRock is the world’s largest investment management company, with $10 trillion in assets, “more than the gross domestic product of every country in the world, except for the US and China.” Climate Action 100+ boasts of having “over 50 percent of all global assets under management,”while GFANZ touts its members $130 trillion “committed to transforming the economy for net zero.”

Many of our states have adopted legislation prohibiting energy company boycotts, and others will likely join them. Your letter was written in response to accusations that BlackRock may have violated one of these laws. In response to these accusations, Mr. McCombe stated: “BlackRock does not have any policies prohibiting or restricting investment in companies because they are energy companies.” As you may know, the definition of an energy boycott includes actions to penalize companies for failing to meet emissions standards beyond what is required by relevant law. In a document entitled, “Our Approach to Sustainability,” you detail numerous votes against companies for failing to meet disclosure standards that are not required by law…

Fiduciary duty is not lip service. BlackRock has an obligation to act in the sole financial interest of its clients…

While couched in language about long-term value, BlackRock’s alignment of engagement priorities with environmental and social goals, such as the UN’s Sustainable Development Goals, suggests at a minimum a mixed motive. Blanket statements regarding investing in particular asset classes without referencing price is not consistent with fiduciary and legal obligations…

Our states will not idly stand for our pensioners’ retirements to be sacrificed for BlackRock’s climate agenda. The time has come for BlackRock to come clean on whether it actually values our states’ most valuable stakeholders, our current and future retirees, or risk losses even more significant than those caused by BlackRock’s quixotic climate agenda.

It’s not hard to see why JPMorgan Chase & Co. and Morgan Stanley are making noises and they damn well should be. They are part of a dirty cartel responsible to absolutely no oner but themselves. They are vulnerable and should be vulnerable. As Vivek Ramaswamy suggests in his aforementioned  book, corporations should not have freedom from liability for their actions when those actions do not relate to the purpose of the corporation to maximize financial returns for investors. Wouldn’t it be nice, for example, to be able to successfully sue the corporatists  pushing ESG and giving Sri Lanka an almost perfect ESG score of 98 (compared to the United States at 51) for banning fertilizer and pushing its citizenry into a massive food crisis?

Thank God for these 19 attorney generals! Where is Josh Shapiro? He’s on the other side.