Bloomberg Green Is All About More Money and Power for Mike!

Bloomberg Green Is All About More Money and Power for Mike!

[Editor’s Note: No one desires more money and power than hypocrite Mike Bloomberg, he of the Big Gulp tax, who promotes climate extremism to pave the way ahead to more of each.]

The climate alarmists are in a trap of their own making. Their cut-and-dried apocalyptic predictions have not come true–and the public is rightly skeptical.

But instead of checking their premises, the eco-nuts are inconveniencing and offending the public, damaging private property, and ending up in jail. And they are damaging their own cause by … being crazy. 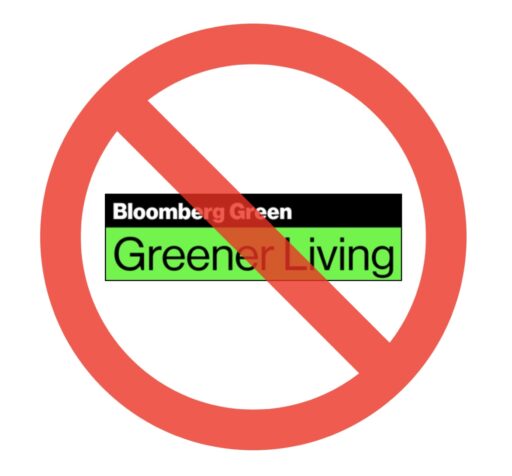 To Bloomberg Green, it is business as usual to give voice to eco-terrorist Andreas Malm. Here is what Akshat Rathi and Oscar Boyd wrote on December 14th:

The past few months have seen a flurry of climate protests. In Marseilles, a cement factory was sabotaged by activists for its high emissions. In London, tomato soup was thrown at Van Gogh’s Sunflowers by members of the group Just Stop Oil. Other activists have taken to deflating SUV tires in cities across Europe and the US to discourage use of the gas-guzzling vehicles.

This is only the beginning of what climate activists need to do in order to be effective, says Andreas Malm, associate professor of human ecology at Lund University and author of How to Blow Up a Pipeline. “The task for the climate movement is to make clear for people that building new pipelines, new gas terminals, opening new oil fields are acts of violence that need to be stopped — they kill people,” Malm says on Bloomberg Green’s Zero podcast.

Malm argues that while the majority of climate action should remain non-violent, no social sea change — from the suffragettes to the Civil Rights Movement — has succeeded through completely peaceful activism. “We shouldn’t engage in assassinations or terrorism, or use arms and things like that,” he says. “But until that line or boundary, we need virtually everything … all the way up to sabotage and property destruction.”

Breaking the law against personal property is “terrorism.” And is the next step using arms and carrying out “assassinations”? This is quite a slippery slope.

The stakes are high for protesters engaged in disruptive tactics, as governments around the world target them with increasingly punitive legislation…. Malm says this response is to be expected. “That’s what always happens when you escalate. As soon as you pose a danger to the system, this is what you’ll get in return,” he says. “And that’s a sign that you’re doing something good, that you are actually challenging some interests.”

You can listen to the full conversation with Malm below, and read a full transcript here. Check out more episodes of Zero, and subscribe on Apple, Spotify and Google to get new episodes each week.

Sabotaging a cement plant. Throwing soup at art. Deflating SUV tires. This type of property destruction is exactly what activists need to do more of to be effective, says academic and How to Blow Up a Pipeline author Andreas Malm on this week’s Zero. “The task for the climate movement is to make clear for people that building new pipelines, new gas terminals, opening new oil fields are acts of violence that need to be stopped,” Malm says. “They kill people.” Listen to the episode — and subscribe on Apple, Spotify and Google for new episodes each week.

Who is Andreas Malm?

Andreas Malm, eco-terrorist propagator, is in the eco-nut class with David Suzuki (“There are going to be pipelines blowing up“) and Les Knight (“I campaign for the extinction of the human race“). Here are some quotations from the blow-up-the-pipeline threat. Consider these quotations from Andreas Malm’s How to Blow Up a Pipeline: Learning to Fight in a World on Fire (2021):

Damage and destroy new CO2 emitting devices. Put them out of commission, pick them apart, demolish them, burn them, blow them up…. Sabotage, after all, is not incompatible with social distancing.

And a quotation from How to Blow Up a Pipeline:

Do we conclude that the only thing left is learning to die – a position already propounded by some – and slide down the side of the crater into three, four, eight degrees of warming? Or is there another phase, beyond peaceful protest?

The science on climate change has been clear for a very long time now. Yet despite decades of appeals, mass street protests, petition campaigns, and peaceful demonstrations, we are still facing a booming fossil fuel industry…

In this lyrical manifesto, noted climate scholar (and saboteur of SUV tires and coal mines) Andreas Malm makes an impassioned call for the climate movement to escalate its tactics in the face of ecological collapse. We need, he argues, to force fossil fuel extraction to stop–with our actions, with our bodies, and by defusing and destroying its tools. We need, in short, to start blowing up some oil pipelines.

The climate alarmists are at war with the world–the peaceful, let-me-improve-my-life world of normal people. They have picked a losing cause and cannot even consider a mid-course correction. The jails may fill up with eco-nuts, but there needs to be fines to individuals and organizations (Just Stop Oil–see tomorrow’s post) to cover the costs of incarceration.

And perhaps the legal system can encourage rehabilitation when the guilty are invited to read Steven Koonin’s Unsettled or Alex Epstein’s Fossil Future to awaken their minds to the ideal and joy of living in an improving world where politics is minimized and human freedom maximized.