Bloomberg Lays Plans to Control All the Lives of Others

Michael Bloomberg is a strategic funder in something called C40 that aims to extinguish every right we possess by intervening in our most personal decisions.

Michael Bloomberg may be the most arrogant and condescending of all elitists seeking to assume dictatorial control over the rest of us. His attacks on fossil fuels and the Second Amendment, his Big Gulp soda tax when Mayor of New York and his tone-deaf comments about farmers paint an ugly picture. What he’s now funding, though, tops all of that. He’s effectively proposing to control every aspect of the lives of others in the fashion of the East Germans and Chinese Communists who he seems to envy with a passion. Bloomberg is a man on a mission to rule all of us.

What I’m talking about is an entity called C40, which describes itself as “a network of mayors of nearly 100 world-leading cities collaborating to deliver the urgent action needed right now to confront the climate crisis.” Being somewhat of the Jeffersonian mind that “The mobs of great cities add just so much to the support of pure government, as sores do to the strength of the human body,” I have a hard time imagining any big city mayor of current vintage could do anything productive for society as a whole. I offer Bill deBlasio as Exhibit No. 1.

Michael Bloomberg, of course, was a more successful mayor than most but this organization, of which he is a “Strategic Funder” appears to another yet another doomed to fail utopian experiment by a man with money to burn but not the power he is obsessed with gaining over billions of others. It is laughable at one level but the mere fact  C40 has the resources and connections to take a stab at it means it’s still dangerous for all the rest of us in the short-term.

Consider, first of all, who is involved. Michael Bloomberg is one of the big three funders but the other two are no slouches. One is the Children’s Investment Fund Foundation  founded by Christopher Hohn, an English hedge funder, corporatist champ and fellow who steers money to the Extinction Rebellion. The other is an outfit called Realdania, described as a “daring frontrunner to a green economy,” which presumably means most successful green grifter. Realdania says it aims to “seize the opportunity to contribute to solutions with innovative recourse and capital – and to use our influence to bring all the right participants to the table.” Yeah, “Right participants” certainly has that WEF ring to it, doesn’t it?

But, those three are just the beginning. Other Bloomberg buddies in this group include:

The list of is a self-indictment of the corruption that is the present day collusion of NGOs pursuing the special interests of corporatists with government. Regardless, it is the program the C40 corporatist collaborators have in mind that is truly scary and it revealed in a report they just produced with the title of “The Future of Urban Consumption in a 1.5°C World.”

It’s an absolutely astoundingly arrogant document that proposes measures to address the non-existent climate crisis. A few examples will suffice to chill you to the bone. Here are the proposed “Food Consumption Interventions” or limits this group desperately wants to impose on all the lives of others: 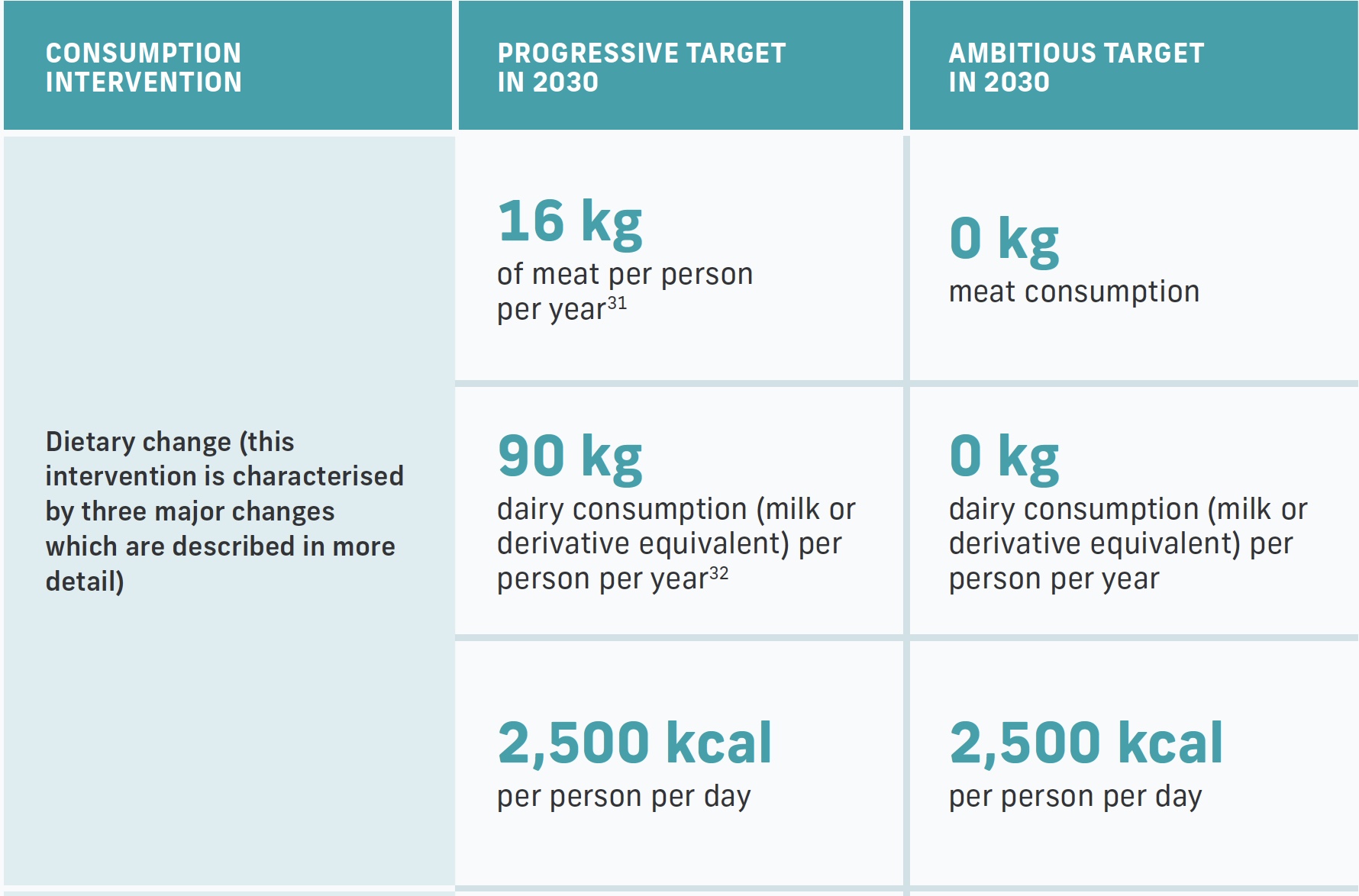 That’s two pairs of jeans, two shirts, two pairs of socks and a pair of curtains. What will you do for underwear, or the coat or sweater you need this winter?

Then, there is this:

The utter lack of self-awareness on the part of authors funded by Michael Bloomberg, who flies to Bermuda nearly every weekend, in proposing to limit everyone else to one trip by plane per year, is simply astounding. Indeed, the only appropriate response beyond “What kinds of idiots come up with this stuff?” is “Who the hell do these people think they are?”

It is inconceivable, in fact, but it’s happening in the minds of the ideological shills; all for the sake of creating the foundation for unparalleled green grifting. It demonstrates the war in which we are now engaged and it’s nothing less than a war to preserve civil society, our freedom, free speech and all our other natural rights as human beings against money-driven and power-hungry madmen who think COVID gave them license for a Great Rest that puts them on top for good. Resist!