Bloomberg Shows Off Elitist Contempt Toward the Common Man

Bloomberg Shows Off Elitist Contempt Toward the Common Man

[Editor’s Note: Mike Bloomberg is an arrogant elitist who wants to control us all and his latest efforts to destroy energy security, kill jobs and otherwise collapse the economy of the common man are despicable.]

It is a breathtaking abuse of power. Michael Bloomberg, the far-left billionaire who ran out of things to do and now looks for meaning in his life by hiring lawyers to attack the fossil energy industry, is spending $85 million to fund green groups in their efforts to block new petrochemical plants in both the Marcellus/Utica and along the Gulf Coast. 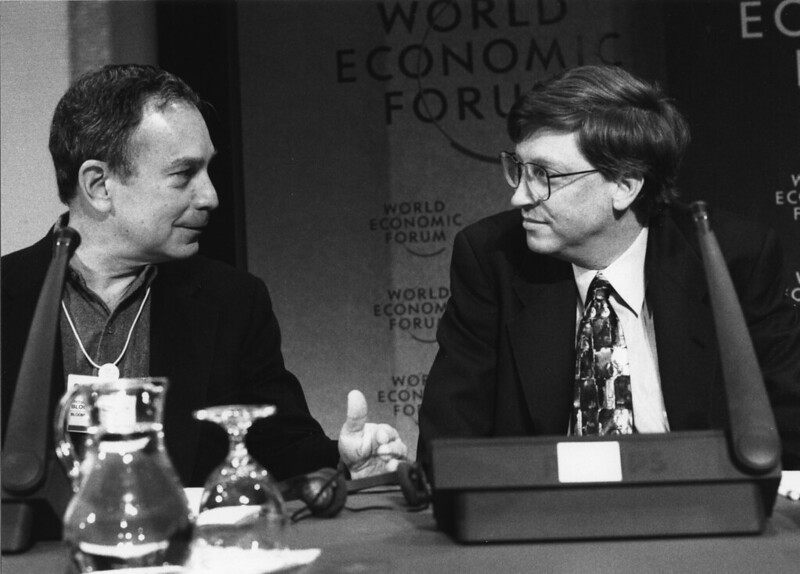 In 2019, Bloomberg dumped $500 million into the Beyond Carbon initiative, which has a goal of closing all U.S. coal plants by 2030 and stopping the use of natural gas as a transition fuel. The money is funding lawyers and activists and is one of the reasons we don’t have more pipelines.

Bloomberg is now funding what he calls Beyond Petrochemicals. It’s bizarre. Without petrochemicals, we have essentially nothing. Without petrochemicals, we have no plastics, and plastics make up 90% of the products you use every day of your life. No lightweight automobiles that can run on electric batteries. No plastic coatings for the electric batteries! No plastics in hospitals (massive increase in death rates). It is a lunatic idea. Yet this jerk can dump $85 million into it, and mainstream media has nothing but adulation.

Former New York City Mayor Mike Bloomberg is putting his wealth and clout into an effort to halt the expansion of petrochemical manufacturing in the Ohio Valley and two Gulf Coast states with an $85 million campaign.

The billionaire businessman and philanthropist announced Wednesday that the goal of the new Beyond Petrochemicals campaign is to “turbocharge” efforts by local community groups to block new plastics and petrochemical plants and curb pollution from existing plants in three target regions: the Ohio Valley, Louisiana and Texas.

“Communities around the country are standing up to confront the petrochemical industry and defend their right to clean air and water,” Mr. Bloomberg said in a statement. “This campaign will help ensure more local victories, support laws that protect communities from harm and reduce the greenhouse gas emissions that are fueling the climate crisis.”

The initiative is modeled on the Sierra Club’s Beyond Coal campaign, which contributed to the closure of 60% of the fleet of U.S. coal-fired power plants between 2010 and 2020 at a time when cheap natural gas was also driving coal off the grid. Bloomberg Philanthropies donated $174 million to that effort.

In 2019, Mr. Bloomberg expanded the campaign with the $500 million Beyond Carbon initiative, which has a goal of closing all U.S. coal plants by 2030 and stopping the use of natural gas as a transition fuel. That campaign, too, has a focus on state and local action.

The petrochemical campaign reflects a shifting emphasis on new sources of climate pollution as dirty old plants shut down: greenhouse gas emissions from the U.S. plastics industry are on pace to exceed that of coal by the end of this decade, according to Bennington College’s Beyond Plastics project.

Bloomberg Philanthropies said if the more than 120 proposed petrochemical projects in the U.S. are built, it would make it “nearly impossible” for the U.S. to meet its goals under the Paris climate agreement, which aims to keep global temperature rise this century well below 2 degrees Celsius above pre-industrial levels.

Project boosters in the region hope it will trigger a wave of associated development from companies that want to make products from the 1.6 million metric tons of tiny plastic pellets to be manufactured at the plant each year.

Other proposed ethane crackers in the region have not been funded or built, despite an abundant local source of the feedstock in the region’s Marcellus and Utica natural gas formations.

Steve Kratz, president of the Pennsylvania Chemical Industry Council, defended the industry, saying it “plays a critical role in every aspect of modern life, including nearly every health care product, as the building block for clean energy options, food packaging and much more.”

Jeff Nobers, executive director of Pittsburgh Works Together, a business and labor alliance that promotes expanded natural gas use and development, criticized the campaign.

“Perhaps Michael Bloomberg and the individual members of the coalition should immediately stop using natural gas, gasoline, aviation fuel, plastics and other materials derived from fossil fuels in their everyday life. Then their words might have more credibility.”

Bloomberg Philanthropies said the Beyond Petrochemicals campaign will have several pillars, including empowering community advocates in the Ohio Valley and the other target regions to challenge the petrochemical buildout and enforce environmental and health protections.

The campaign will also focus on gathering data and performing research, as well as funding litigation and lobbying against petrochemical pollution.

Community-led advocacy played a crucial role in halting two major petrochemical projects in St. James Parish, Louisiana in recent weeks. The Bloomberg campaign is seeking to scale up that work and accelerate it.

Joanne Kilgour, executive director of the Ohio River Valley Institute, said the campaign “should signal to all regional policymakers that it is time to reject these financially unsound petrochemical-to-plastics schemes once and for all, and embrace new, diverse strategies for more resilient local economies and healthier communities.”

Editor’s Note: This move by Bloomberg demonstrates, in all its ugliness, the utter contempt elitists such as him have for the needs of the common man, as they go jetting to Bermuda for the weekends and treat themselves to every other privilege imaginable. There’s nothing surprising about it, of course. This is the man who dismissed farming as low-tech employment for boobs, but the real boob is Bloomberg himself who thought he could be President by simply buying it and got zero delegates after spending a small fortune in the attempt. That such a man can buy influence to kill energy security and jobs for the common man while he lives in luxury is contemptible. Worse, he will do this through tax-exempt entities that allow him to do politics with our financial support. It’s time to severely restrict tax-exemptions granted to non-profits who do nothing but politics for the likes of Bloomberg. And, mainstream media loves it because they’re part of the elitist gentry class, too.