Led by efforts in California, the building electrification movement has largely focused on passing local initiatives to ban natural gas in new or existing buildings. And for good reason: Statewide efforts have failed to gain traction even in blue states like New York and Maryland.

Democrats leading the state legislatures failed to gather the political support to block residential natural gas access in New York and Maryland’s respective budget and climate bills at a time when consumers are paying higher than average energy bills. For now, it’s a win for consumer choice.

New York’s early 2022-23 budget proposal had included a natural gas ban for residential and commercial buildings, but it was removed from the bill following a stall in budget proceedings. Sixty percent of New York households rely on natural gas for space heating and would be impacted by any ban.

As the budget formed, State Assembly Speaker Carl Heastie, who has opposed including policy proposals in past state budgets, “balked” at including such a measure through the budgetary process. According to Michael Whyland, the speaker’s press secretary, in an email to City Limits:

“As a general rule we didn’t include policy in our budget proposal. I know these [environmental] groups may not like the answer, but whatever we do on this issue—or any issue—is guided by the sense of the entire democratic conference.”

Any mismanagement in gas policy could threaten residents’ energy costs, which has been a touchy subject for New York officials. Residents have been calling their representatives, distressed about high energy costs, demanding that the state’s Public Service Commission direct the Department of Public Service to investigate the sudden and precipitous rate hikes. Tiffany Chu, a landlord who owns a building in Brooklyn, told New York Daily News that her electricity bill jumped from about $73 in December to more than $350 in January. 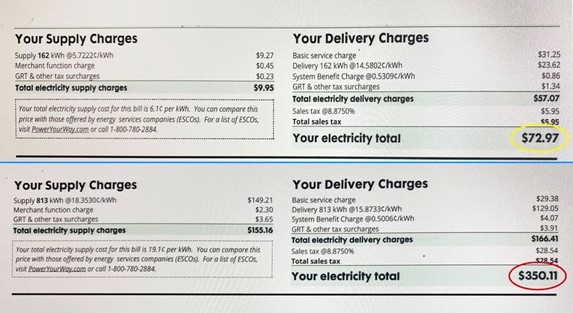 The New England region’s struggles with having adequate energy in winter show that his claims are not farfetched. The region had to burn the most fuel oil to generate electricity since 2011 last winter thanks to strong heating demand.  The sudden uptick in electricity demand spiked CO2 emissions across ISO-New England by 51 percent in January.

Without any change in consumption habits and supply, an electrification mandate could actually spur more emissions in the state and across the region.

Maryland tried to slow walk a natural gas ban by implementing emissions reductions that culminated in a net-zero requirement in 2035 for all new projects funded in part by the state. In March, when the climate bill still had the natural gas ban language, Gov. Larry Hogan (R) called the bill, a “reckless and controversial energy tax.”

The Climate Solution Now Act became law in April without Hogan’s signature, but failed to include the strong electrification requirements that advocates had hoped to count among the climate commitments included in the passed bill. Instead of the 50 percent emission reduction targets by 2030 for large commercial buildings and multifamily dwellings, buildings will work towards a 20 percent emission reduction by 2030, and the net-zero target for 2035 was completely eliminated before the bill passed.

The Governor allowed the amended Climate Act to pass into law in the hopes it will generate future deliberation and discussion on the critically important climate issue. Here is a preview of that conversation:

Melvin Thompson, senior vice president for government affairs and public policy of the Restaurant Association of Maryland, said electrification will be a challenge to restaurants because electric power “lacks the kind of performance that commercial kitchens require” and may also make it harder for restaurants to meet sanitation and public health standards.

Craig N. Mathies Sr. (D), president of the Somerset County Board of Commissioners, said Somerset businesses and other institutions are expecting to benefit from the extension of natural gas pipelines into the county and fretted that passage of the building standards bill “will hinder our ability to grow and thrive.”

NAIOP’s Maryland Chapter says that the cost of electrifying Maryland’s buildings is eye-wateringly high. During the 2021 interim, the Maryland Department of Environment’s climate consultant evaluated the costs of three different approaches that achieved net zero emissions in the building sector by 2045. The High Electrification Scenario on [the chart below] was estimated to cost between $7.7 billion and $14 billion per year. 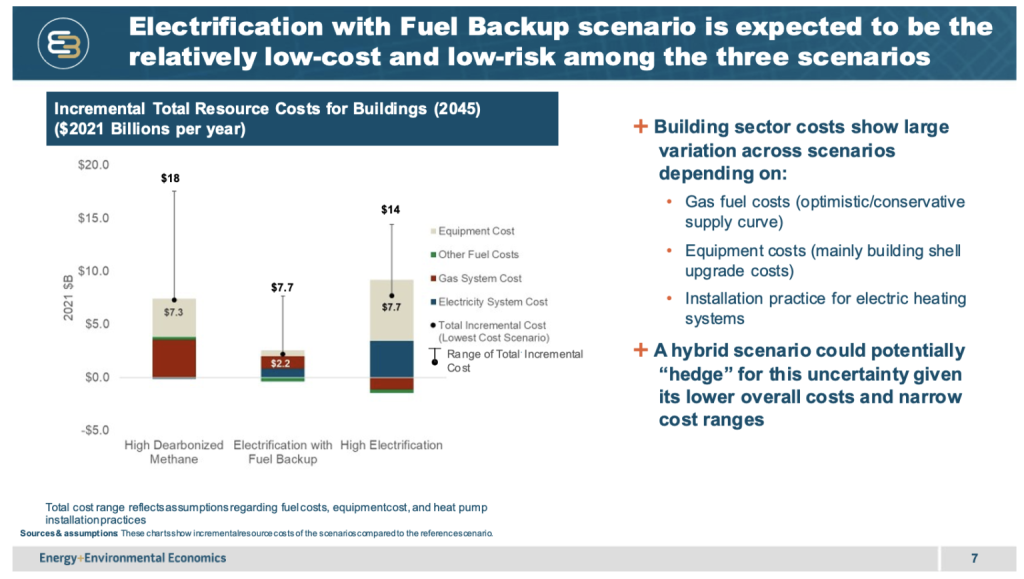 Nationally, fringe Democrats have been focused on supposed price gouging, while simultaneously supporting efforts to force residents onto higher cost energy in the name of redundant climate policy. The reality of such measures tempered their plans for now.