[Editor’s Note: Politicians are the ruination of a nation. Britain is proving it with a ludicrous rule for climate plans that will increase dependency while ignoring reality!]

Britain will be forcing financial firms and listed companies to publish plans to transition to a net zero carbon economy in 2050. The companies’ published plans inclusive between 2023 and 2050 are required to provide targets toward reaching net zero carbon emissions, detailing interim goals and the measures by which companies intend to meet them.

A new task force is being formed to set the “gold standard” for transition plans to avoid ‘greenwashing,’ that is inflating green credentials, and to help companies establish “investable and accountable” plans. The task force has a 2-year mandate to set up good practices for the transition plans, and a “sandbox” to test the new plans. Investors will determine if their companies’ plans are adequate or credible. Announcing this requirement on April 25, Britain believes it is setting itself up as the world’s first net-zero financial center. 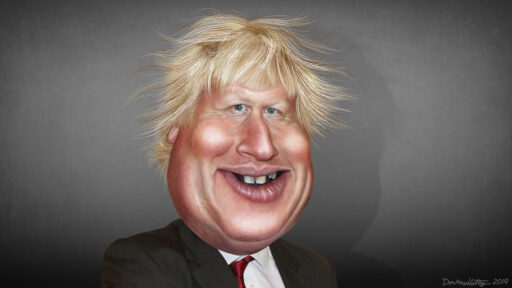 Boris Johnson, Britain’s Prime Minister, is all about Boris and he’s selling out his nation’s energy security for political correctness. No leader, no Churchill is he.

In 2019, Britain became the first Group of 7 member countries to set a net-zero emissions target for 2050. That target will require drastic changes in the lifestyle of British residents because giving up fossil fuels and moving to renewable energy will be both expensive and unreliable as some U.S. states and European countries have already begun to find out. It will mean that Britons will have to change their mode of travel, the way they heat their homes and what resources are used to generate their electricity.

Britain plans to generate its electricity entirely from non-carbon energy, subject to security of supply, by 2035. To meet that goal, the government sees it needing 40 gigawatts of offshore wind power by 2030, and 1 gigawatt of floating offshore wind power. By 2030, the country also expects to have 5 gigawatts of hydrogen production capacity and to cut its carbon dioxide emissions from oil and gas by half. Also by 2030, the government expects to deploy at least five million metric tons of carbon dioxide a year from engineered greenhouse gas removals.

The British government is also promoting nuclear power. It has set up a £120 million ($151 million) “future nuclear enabling fund” for future nuclear technologies, including small modular reactors, with a number of potential sites such in north Wales. As with other countries, many of Britain’s nuclear plants are ageing and retiring with some being decommissioned earlier than scheduled. It has a new Hinkley Point C nuclear plant coming online in 2026. Britain’s EDF also plans to build a plant at Sizewell in Suffolk, subject to the right investment framework.

In being the first to secure long-term promises from its companies, Britain sees it gaining a competitive edge in low-carbon technologies such as heat pumps, electric vehicles, carbon capture and sequestration, and hydrogen. Britain’s government predicts the transition securing 440,000 jobs and unlocking £90 billion ($113 billion) of private investment by 2030.

Renewable Energy is Expensive and Unreliable

When the state finds it has insufficient generating capacity to meet demand, it usually relies on imports of electricity from neighboring states. (Imports supply about one-fourth of California’s electricity.) In the summer of 2020, however, a heat wave resulted in California needing to use rolling blackouts because neighboring states had insufficient power to bail them out.

To solve the problem, last year, California bought batteries to store excess wind and solar power. When the battery modules overheated, causing the facility to close, the state took the precaution of installing five “temporary” natural gas plants so it could avoid rolling blackouts in the summer of 2021. These challenges come as some California cities are moving to ban natural gas for heating and cooking and forcing more electrical demand on the grid.

Texas was faced with an energy crisis in February 2021 when its wind units dropped from generating over 40 percent of its electricity to single digits due to a winter storm that left many homes without power for days. With its wind generation dropping precipitously, other generators were called upon to fill the gap with natural gas being prioritized for residential heating, exasperating the problem.

Germany’s Energiewende—the mandated transition to renewable energy—was and continues to be expensive, making the country’s residential electricity prices the highest in Europe and costing the country billions in future network costs, as well as exposing the country to energy supply shortfalls that puts it at a risk for blackouts.

Germany has been held up as an example to the world for their “energy transition,” but as it turns out, their experience has created chaos for producers and consumers, while threatening the German economy. Over 50 percent of residential electricity bills in Germany are made up of taxes and fees, most of which support the transition to wind and solar power through subsidies and mandates. A report last year showed Germany’s electricity to be 43 percent more expensive than the average across the 27-nation European Union.

Even before Russia’s invasion of Ukraine, there was expected to be an energy supply shortfall in Germany as utilities continue with plans to shutter their nuclear reactors and the government pulls out of coal. The shortfall is estimated to be 4.5 gigawatts between 2022 and 2025, equivalent to 10 large coal generation plants. Like California, the German government expects to rely on cross-border flows to spread localized and temporary supply risks.

However, Germany’s European neighbors may need their own power or may be planning on importing power as well. All of this is magnified with Germany’s reliance on Russian energy and the invasion of Ukraine, and demonstrated by other European dependency upon Russian natural gas. Russia just announced Poland and Bulgaria will no longer receive natural gas beginning April 27.

Britain is forcing its companies to produce and publish plans to get to net-zero carbon by 2050, despite the problems the green transition is starting to show in Europe. The plans must have interim goals and measures for meeting those goals. A task force is being set up to establish the road map for the project, attempting to avoid greenwashing and to produce a methodology to test the plans.

To get its electricity sector to net zero carbon, Britain will be deploying offshore wind, hydrogen, nuclear and carbon capture—all expensive technologies. Intermittent renewables, wind and solar, have proven to be unreliable since the wind does not always blow nor the sun always shine.

As a result and also due to increased electricity demand as other sectors become carbon neutral, there will be the expectation for supply shortages, blackouts, the need for expensive battery back-up, and, of course, higher energy prices. Energy insecurity in Europe looks to be getting worse, rather than better.

[Editor’s Note: Yes, Britain is headed in precisely the wrong direction; toward exploding energy prices and increased dependence on others for energy, all for the sake of political correctness, captivity to an ideology and cooperation with a “Great Reset” that aims only to increase the wealth and power of elites through extreme forms of green grifting and corporatism. The empire that was Britain is as weak as it could possibly be, without even the will to acknowledge the absolutely awesome resource it has below its feet in the Bowland Shale to produce natural gas, ensure its energy security and maintain affordable energy, not to mention its freedom. God save these helpless, spineless, corrupt cousins of ours and pray that Joe Biden doesn’t do the same to us! 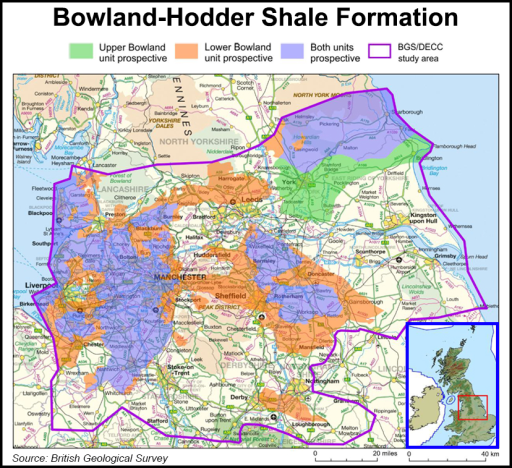