Researchers, including the University of Colorado School of Public Health’s Lisa McKenzie, whose past work has been criticized by the Colorado Department of Public Health and the Environment, presented the preliminary findings of a recent health survey conducted for the City and County of Broomfield at a town hall Thursday night to a virtually empty room.

And while the research team said the full data set for the $55,217 taxpayer-funded survey will be available to the public in coming weeks and acknowledged they have not yet had a manuscript peer-reviewed or published, CCOB’s Senior Environmental Epidemiologist Meagan Weisner also admitted:

“This study won’t tell us the cause of the symptoms, so we cannot prove causation that oil and gas emissions caused an increase in symptoms…We don’t really know the cause.”

“The results of this study don’t provide us with any evidence to stop ongoing [oil and gas] operations.”

The reality is that oil and natural gas development likely isn’t responsible for reported ailments at all, as Weisner explained:

“Broomfield’s UOGD sites have some of the most rigorous best management practices in the state of Colorado.” 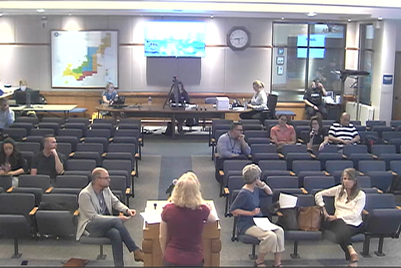 EID recently offered some initial perspective on the preliminary findings, but also has some additional notable explanations the researchers gave on the survey available on EIDHealth.org.