Buffalo Storm Shows Risk of Being Buffaloed on Green Energy!

Buffalo Storm Shows Risk of Being Buffaloed on Green Energy!

[Editor’s Note: Upstate NY is in great danger of being Buffaloed; put at the same risk of danger that Buffalo endured with the recent winter storm. Green energy is white death.]

If not the entire northern hemisphere, perhaps New York should be paying attention to what transpired in Upstate New York and, specifically, in Buffalo. In the last few weeks, beside the fact that summers are hot, winters are cold, and always have been, we have always been kept warm or cool because of reliable fossil fuels well over a hundred fifty years. Those who know this should be wary of the green new deal and those who are pushing for it. 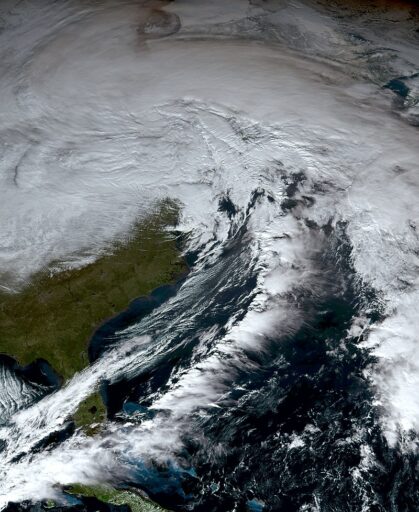 We’ve all been aware of the 50+ human being beings who lost their lives due to the storm and extremely cold weather in Buffalo. Some froze to death in their homes, some died in their cars and were found frozen, others were buried under the snow that fell on them and some may not yet have been found by emergency crews or the national guard deployed. The body count is still on the rise.

On top of this winter disaster where thousands of homes were left without electric we must realize that natural gas does not need electric to work and that fossil fuel cars don’t need electric power to charge nor do generators that provide emergency power to homes left without due to power grids going down in a storm,or even a animal taking out a power station

These events, in normal times, would be a big red flag against forcing wind and solar on New Yorkers and others in the north where winters are long and hard! We are, however, not living in normal times. Instead, we are governed by politicians who care not a whit about the poor, lower or upper middle class, but who represent the one percent elitists who not only stand to become richer, but also offer riches to these same politicians who do their bidding.

Governor Kathy Hochul has praised the efforts of rescue crews, as is certainly appropriate, but she never once addressed the elephant in the room, much like her promised investigation into Cuomo’s nursing home murders. The elephant is a big one, it is our future under green energy imposed from top down on the every day New Yorker whether they want it or need it or not. How many more lives will be lost in the accelerated push to get there before it’s truly feasible and affordable? Who will be held responsible for the hardships that will be endured, the lives lost due to Hochul’s and the legislature’s incompetence and political sellout of Empire State citizens?

Lives will be lost to green energy in great numbers is my guess. It is an educated guess as the evidence provided by California and Texas has shown us what happens to green energy when weather strikes. The grid fails and we are forced to endure, with increasing regularity, rolling blackouts as green energy is unable to survive nature’s fury at the very moment when energy reliability is most critical!

As we saw in Buffalo, less then a month into winter, it wasn’t electric that powered hospitals or plow trucks and it wasn’t electric stoves that provided life surviving heat when the grid was down. No, it it was diesel fuel, oil and natural gas powered energy that saved many and allowed Buffalo to survive while being dug out.

That alone should have put any responsible legislator on notice just how far away we are from the green new deal. As I stated above, we are in different times, a time where life is devalued and thrown to the political winds of the rich and the left with the latter blindly, and sometimes willfully, ignoring the facts by relying upon a consensus of junk scientists with political badges, which is not science at all, of course.

Even without the politics, in fact, we know true science is never determined by consensus, but rather by hard real life evidence where there is ability to prove or disprove a theory. What we’re getting and Hochul is relying upon is the politically correct opposite and we’ll pay the price.

Hochul is imitating her counterpart in California and illustrating why, in an energy rich nation we are now starving for what was once independence from reliance on foreign fuel. We need to be energy self-efficient again but we are, to the contrary, headed for disaster due to bad policy, to ignorant socialistic politicians elected to represent themselves, not us. We are all being Buffaloed.

Editor’s Note: An article received about the same time fleshes out Vic’s warning about all of Upstate facing the same problems Buffalo just faced unless things change in Albany. Titled “Welcome to New Yorkifornia” it addresses the fact that, with respect to planned efforts to address affordability when natural gas appliances are banned, it appears “almost half of the monies/benefits/however they frame it are already earmarked for ‘disadvantaged’ communities, within a myriad of areas.” That means urban area poor and that Upstate will pay twice; once in energy systems that don’t work and will raise electric prices in the same way the Energiewende has in Germany and, secondly, by having to subsidize the urban populations voting for this insanity.