A Delaware County pipeline moratorium has rightly raised the ire of the building trades in the area, whose interests are being sacrificed on the green altar.

More than 100 skilled tradesmen from area labor organizations rallied at the Delaware County Council meeting today to protest a resolution that the panel adopted two weeks ago calling on Gov. Tom Wolf to impose a moratorium on the operation of Sunoco pipelines and the transmission of product through the network in Delaware County. The group asked council members to reconsider the resolution.

Among some of the organized labor groups represented at the rally were members of the Boilermakers Local 13, International Brotherhood of Electrical Workers (IBEW) Local 654, International Union of Operating Engineers (IUOE) Local 542, Laborers International Union of North America (LiUNA), and Steamfitters Local 420 — all members of the Pennsylvania Energy Infrastructure Alliance (PEIA). Locals for the Carpenters, Painters, Dry Wallers, Insulators and others also attended.

This show of solidarity among skilled laborers makes clear that elected officials cannot continue to claim support for union jobs and then take actions that are contrary to that position. This resolution is a direct threat to union jobs and it puts at risk the family-sustaining wages that hardworking men and women rely on to support their families. 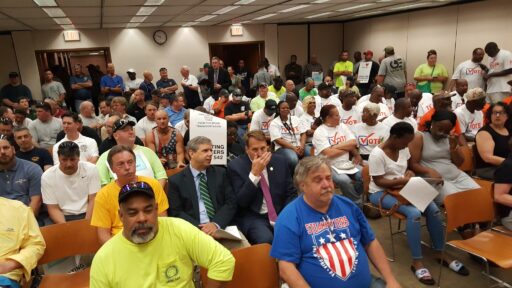 Skilled tradesmen not only undergo advanced training to ensure the safe installation of the pipeline, but many of them also work at the Marcus Hook Industrial Complex that is fed by the Mariner East network.

A few years ago, the entire complex was nearly shuttered. From that low point in 2011, however, more than 200 people work at Marcus Hook today and thousands of tradesmen have been put to work over the years rebuilding the plant. In April, Energy Transfer and the Philadelphia Building Trades announced a Project Labor Agreement for the complex worth an estimated $200 million. Initial on-site projects are valued at $58 million; a second wave of construction projects is valued at $133 million.

None of this would be possible without the Mariner East pipeline network that feeds Marcus Hook.

When Delaware County Council voted, 3-0, on the resolution (one member abstained and another was absent from the five-member panel), they alleged concerns about safety and emergency management.

Yet, at a four-hour hearing on May 30 before the state House Veterans Affairs and Emergency Preparedness Committee at Delaware County Community College, the director of the Delaware County Department of Emergency Services testified that he has an emergency response plan and has worked well with Sunoco, which itself has trained more than 2,300 individuals across the entire network since 2013 as part of its Mariner Emergency Responder Outreach (MERO) program. 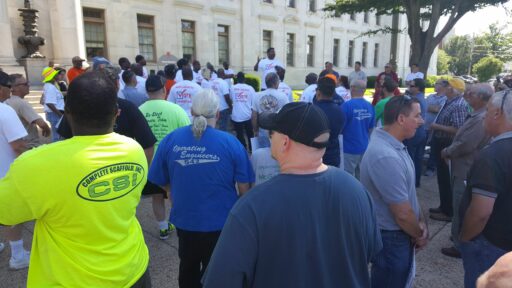 In November, Delaware County released the results of its own risk assessment study that found “a person is 20 times more likely to die from a traffic accident or fall from stairs and 35 times more likely to die from a house fire than from an incident involving the Mariner East 2 pipeline 24 hours a day, seven days a week,” confirming that pipelines remain the safest means of transporting energy resources.

Editor’s Note: Kurt lays out the facts as to why this proposed Delaware County pipeline moratorium is simply more madness in a bright green wrapper. The safety issues are ginned up as the excuse but the truth is that the interests of the larger community for energy and jobs are being traded off for green political correctness purposes. The building trades are right to protest this travesty. It’s incredibly rewarding to see them stick up for their families, for jobs and for the infrastructure that is letting America and the Philadelphia region grow.