Cactus Wellhead Found A Home and Created Jobs in Pennsylvania!

Cactus Wellhead was attracted to Pennsylvania because of Marcellus Shale drilling, now it has a permanent home here and has created many jobs.

Texan native David Ferguson has been in Northeast Pennsylvania since the early days of the Marcellus Shale exploration and drilling. Not only has he successfully moved from the company that brought him here to Cactus Wellhead, he found the love of his life here, got married and has two sons. 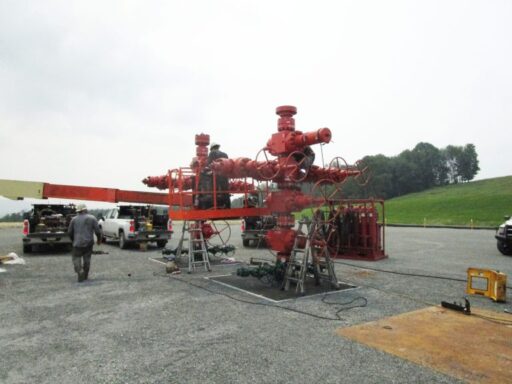 “I love it up here. It’s cooler. You have beautiful mountains. And the hunting and fishing are incredible,” David told us. He and his wife, Stacy are building a new house on 10 acres bordering her family’s farmstead in Bradford County. In addition to hunting and fishing, their family also enjoys winter sports.

Cactus Wellhead first touched down in Susquehanna County in 2014 and hired David as a field representative. They pulled back from the area for two years during a lull in natural gas production, but when the industry came back strong in 2017, so did Cactus and David. As a branch manager, David was responsible for building a work crew, which has doubled in recent years to 12 employees.

“All of the employees here are local,” David said of his men. “One of the first things I learned is that your locals are hard working and make the most incredible hands.”

Cactus Wellhead is based in Houston, Texas, with Pennsylvania branch offices in DuBois, Clearfield County; Donora, 20 miles south of Pittsburgh; and Athens in Bradford County, from which David works. Though he spends a lot of time analyzing and crunching data on his computer, David most enjoys his days out in the gas fields, working with his employees and those from Cabot and SWN. 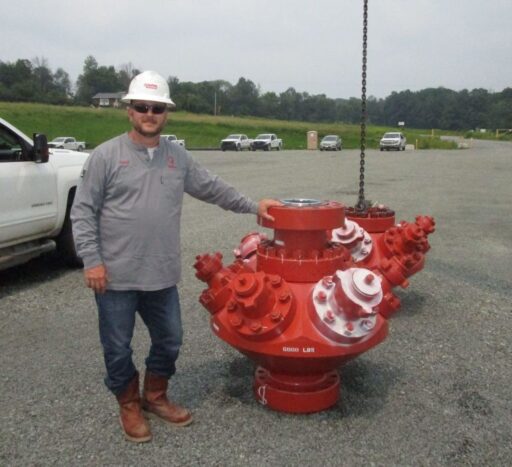 Dave Ferguson with a goat head, which will adorn the top of the fracking tree.

Cactus manufactures, installs and services well components—integral elements of every drilling operation. Once preparation of a gas pad is done, they are there with us from spudding a well through the completions process. “When the frac is done, we go out and put a production tree on, which allows them to flow the well back and tie it into a pipe line,” David explained. “We can be on four or five pads a day.”

Currently, Cabot provides about 75% of Cactus Wellhead’s work in the Marcellus. David would like to see that grow.

“They’re a good, strong company. We have a good relationship with them, so it allows us to work through any issues,” David remarked. “They rely on us to be an advocate for getting the job done right.”

Cactus Wellhead has evolved steadily since its 1959 beginnings as Cactus Pipe. That’s more than 60 years of expertise that they bring to every rig. We’re very receptive to their ideas when they think there might be a better way to approach a situation. “We have a real relationship with the people who work there,” David said of Cabot’s employees and our supporting industry partners, “rather than just knowing a name or email address.”

We’re happy that so many people like David have found satisfaction living and working in the Marcellus Shale. Cabot looks forward to many more years of growth and collaboration with Cactus Wellhead.