Editor’s Note: EVs are PC in places such as California and New Jersey where Democrat governors are eager to buy into Joe Biden’s electric vehicle scheme.

New Jersey is following California’s lead in banning the sale of gasoline-powered vehicles by 2035 in line with Democratic Party presidential candidate Joe Biden’s push for electric vehicles and a net-zero carbon economy by 2050. Last month, California Governor Gavin Newsom signed an executive order to end the sale of new gasoline and diesel-powered passenger cars in the state by 2035. Recently, New Jersey’s Department of Environmental Protection called for a ban on gasoline car sales also by 2035.

Biden, in his energy plan, pushes electric vehicles stating he would develop “rigorous new fuel economy standards aimed at ensuring 100% of new sales for light- and medium-duty vehicles will be electrified.” These actions are being justified by the states’ authorities under the Clean Air Act, with the states arguing they want to reduce carbon dioxide emissions, even though carbon dioxide is not a “criteria pollutant” under the Act. 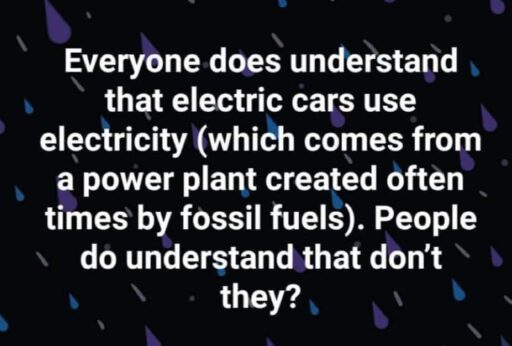 One Democratic senator has already started the legislative process. Oregon Senator Jeff Merkley and four other Democrats introduced legislation that would mandate 100 percent of cars sold in 2035 be electric and 50 percent by 2025. Democrats now want to compel Americans to buy cars they cannot afford or do not want by banning the sale of internal-combustion engines. Since subsidies on electric cars have not worked, Democrats now plan to use government coercion to force them.

It will not be an easy task to change Americans’ desire willingly for internal combustion vehicles where they can select the type of vehicle they need based on cost, range, safety, space, and convenience. Only 1.6 percent of the nation’s vehicles today are electric. While other countries such as Norway are more into electric vehicles because of enormous subsidies and other incentives, Bloomberg expects just 8 percent of the global passenger vehicle fleet to be electric by 2030.

But, if the transportation sector is to stay in line with climate mitigation targets in the Paris Accord, a study found that 90 percent of America’s light-duty cars will need to be electric by 2050, which could mean that all of the nation’s new car sales need to be electric by 2035. The study estimated that if the California target is adopted nationally, and current trends in car use and ownership continue, 350 million electric vehicles would be on America’s roads in 2050, using up the equivalent of 41 percent of the nation’s total power demand in 2018.

Solar and wind power mandates are already causing congestion problems on the U.S. electric grid. Adding electric vehicle demand to that nationwide, combined with Joe Biden’s plan to make the U.S. grid carbon free by 2035, will make California’s rolling black-outs this past summer hardly noticeable compared to the electricity demand problems that will befall the nation.

In 2019, another law created rebates for electric cars, set a 330,000 sales target for electric vehicles for 2025 and required all state-owned vehicles to be electric by a decade later. New Jersey residents get up to $5,000 off the purchase of an electric vehicle on top of any federal subsidy. The rebates are for vehicles under the price of $55,000 and provides $25 for each mile the car runs on electric power instead of gasoline, up to the $5,000 cap.

Under the law signed by New Jersey Governor Phil Murphy, the state was to allocate $30 million annually over the next decade for the rebate program, which is funded by a surcharge on customers’ electric and gas bills to pay for New Jersey’s clean-energy program, so people who need electricity in New Jersey but do not have an electric vehicle pay higher rates to reduce the burden on EV drivers. The coronavirus pandemic, however, resulted in $16 million being diverted from the fund. As of June, the New Jersey had about 31,000 zero emission vehicles on the road.

Not to be outdone by a neighboring state, New York State Senator Pete Harckham introduced a bill for New York State’s sales of new cars and trucks to be zero emissions by 2035.

Do States Have the Authority to Enact Such Bans?

Under the Clean Air Act of 1970, California was given special waiver authority to set more stringent air quality standards due to its unique air quality problems and geography, with each standard needing waiver approval from the Environmental Protection Agency. In the 2000’s, California applied for a waiver to impose tailpipe greenhouse gas (GHG) emissions standards. The waiver was initially denied by the Bush administration, but the denial was reversed by the Obama administration.

In addition to the tailpipe GHG waiver, the Obama administration also approved a waiver for the California Zero Emission Vehicle (ZEV) mandate, which requires a certain percentage of cars sold to have zero GHG emissions. The mechanism for Governor Newsom’s ban on sales of gasoline and diesel vehicles is the ZEV program, mandating 100 percent ZEV vehicles by 2035. The Trump administration has revoked both waivers, contending the waivers conflict with other federal laws. A lawsuit is currently before a federal appeals court in Washington, D.C. challenging this revocation.

Biden’s climate and energy plan calls for vehicle electrification and carbon free energy by 2050, with a carbon free grid by 2035. Some states are now instituting bans on sales of gasoline and diesel vehicles, which they may not have the authority to mandate since they conflict with federal laws. Such bans will result in higher prices for automobiles and restrict consumers’ ability to find vehicles that suit their needs regarding space, safety, performance, and refueling capability. Biden’s climate and energy plans are extremely radical and will result in a very expensive and complicated transition for consumers and taxpayers.