California EV Dream A Nightmare for Freedom to Travel

California EV Dream A Nightmare for Freedom to Travel

[Editor’s Note: California is always at the head of the pack in pursuing the worst ideas and its EV mandate will destroy freedom to travel. Is that the very idea behind it?]

It’s grimly fascinating that Californians are being forced to buy electric vehicles and then being asked to charge them only when doing so is convenient for the power grid.

Set aside all of the various reasons why electric vehicles are definitely not the perfectly clean panacea their fans claim them to be and then ignore the irresolvable conflict between the hatred of extracting oil, natural gas and coal and the convenient overlooking of mining for the lithium, copper nickel and aluminum necessary for electric cars. What’s left is the elegant fact that the dream isn’t working in California. Out there, crazed officials and extreme weather have conspired to create their own version of a nightmare in which everything is about green renewable energy and there’s not enough water to run the vaunted hydroelectric plants. 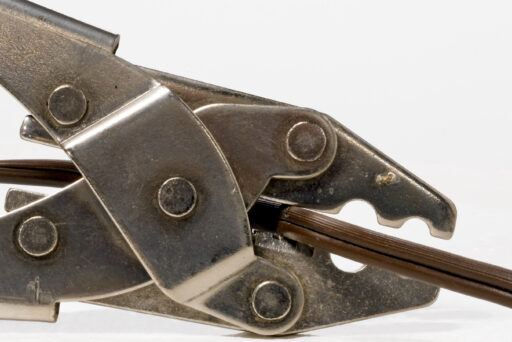 While “cutting the cord” has become a cliché among tech fans, Californians are learning that their state is now applying the concept to the cords that tie their electric cars to the grid!

To no one’s surprise, some are able to see the problem and equally unsurprising, others are carefully defending or clarifying or explaining or fact-checking – take your pick – the issue. USA Today stated that there was no ban, but there was instead a recommendation issued in order to head off rolling blackouts. The newspaper got it right, although it’s doubtful that California drivers who depend on their electric cars felt a surge of relief when they read about that distinction. Capitol Public Radio reached the same conclusion, branding the statement about a charging ban as “false” and launching into a discussion about everything from conservation of electricity to reassurances that “experts” say the state’s grid can support up to 5 million electric vehicles, but only 635,000 are now in use.

That probably was no more comforting than the USA Today article was, but The Associated Press several days earlier wrote about automakers’ participation in “voluntary” programs to make electric vehicles affordable to low-income households. One of the possibilities, according to The AP’s report, is car-sharing programs for which manufacturers’ would get credit, a concept that must have the World Economic Forum giddy with delight. “Go from owning to using” is one topic on that organization’s site and it gives several examples of car-sharing platforms. Sharing, it explains, “can reduce ownership of idle equipment” and while that’s obviously true, it’s not without major problems that have seemingly gone unnoticed or – perhaps more correctly – unacknowledged.

Whether the perpetually outraged who oppose fossil fuels have been planning it that way or are just finding themselves in the midst of a happy accident is difficult to determine, but their closing in on that destination is all that matters. The destination, of course, is the left’s goal of minimizing or even eliminating a significant freedom, that of going wherever one wants to go whenever one wants to go there.

Curiously, an article on energypost.eu concedes that “cars are sometimes necessary for people’s mobility and socialization needs,” especially those with disabilities, and then states that “car-centric cities particularly disadvantage the already marginalised.” It points to the United Kingdom’s “lowest-income households, of which 40% do not have a car. In contrast, nearly 90% of the highest-income households own at least one car.” Given that the article is all about reducing the use of cars – the opening sentence tells us that “(b)ehaviour change” is important to “the clean energy revolution” – it seems strange to cite inequality of car-ownership among different income groups with those on the lower end apparently having a greater need.

Those who overtly or covertly oppose private cars and the individual’s freedom of travel have an ally in those who rage at the mere mention of gasoline, natural gas or diesel despite their entirely practical use as automotive fuels. All three are available now and in sufficient quantities so that the driver of a vehicle powered by an internal combustion engine can fill up anytime he needs or chooses to do so.

Playing down the realities of electric vehicles and encouraging fossil-fuels hysteria either illustrates the cliché about cursing the darkness instead of lighting a candle or marks a significant step in the battle against private cars and the freedom they represent. The “solutions” being pushed by some activist and non-governmental agencies make dismissing that as conspiracy theory increasingly challenging.