Camp Freedom Gets Natural Gas and Help from the Industry

Camp Freedom Gets Natural Gas and Help from the Industry

tural Gas and Help from the Industry gas news

Camp Freedom in Wayne County, Pennsylvania, holds a special place in the hearts of many. Their programs provide healing opportunities to veterans and first responders whose service to their country and communities have weighed heavily upon them. In addition to providing outdoor healing for individuals with disabilities, including PTSD, Camp Freedom provides activities and retreats for Gold Star families. 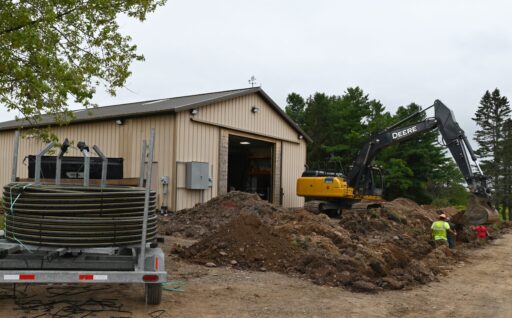 We have had the privilege of partnering with others in the natural gas industry to provide monetary and material support to the organization to assist with its $1.6-million annual budget. By helping Camp Freedom enhance its infrastructure with new buildings and expanded recreational facilities, we are helping thousands of individuals a year overcome their trauma and assimilate more effectively back into civilian life.

In December 2021, UGI Utilities, which supplies energy to homes and businesses in 45 Pennsylvania counties and one in Maryland, completed the installation of the second of two natural gas lines to the property with the help of Camp Freedom staff and volunteers and a local contractor.

UGI new business representative Joe O’Connor explained that two previous property owners had approached UGI about getting natural gas, but there wasn’t a main line close enough to make it cost effective due to its remote location. But that changed. This time, UGI was able to provide natural gas because of the installation in recent years of a main extension to two prisons in nearby Waymart.

Joseph met with Camp Freedom executive director Matt Guedes in June 2021 to map out what would work best in the near and distant future. Matt also worked on the phone with UGI business development director Don Brominski.

Initially, the plan was to run one line and split it to other buildings for an additional costs savings. But Waymart contractor John Franklin, who volunteered his time to work on the project, could see that two lines would be more efficient. Brominski explained that, to justify laying the gas lines at no cost, he asked Matt if he and his staff could dig the ditch and complete the backfilling.

“We have the equipment, so that was phenomenal,” Matt related. “We did all of the sand and gravel work.”

“Matt and staff at Camp Freedom were really good to work with,” Joe remarked. A crew of six UGI employees spent three days at the facility in September to complete the first line.  They returned in December to set the second one.

Al Bisner of UGI served as manager of construction. “He’s also a veteran and a member of a lot of veterans organizations,” said Don. “When he heard about it, he wanted to be part of it.” Four of the other workers were also veterans or first responders.

“Our company is very much committed to what they deal with and what they provide for the country,” Don continued. The UGI work crew was so passionate about the project, they offered to do the work on their own time. “Even though they offered to do it, it wasn’t necessary.”

John was certified with UGI’s New Business Activation (NBA) program, so he was able to bring the gas meters online right away.

“UGI has literally partnered with us to save lives,” said Matt. “The direct translation is that the savings of switching from propane to natural gas will now go directly to saving lives of veterans and first responders. That amount of money will all go right to the bottom line of the mission.”

“I think their mission speaks for itself,” Don said of the work that Matt and his team do. “We’re happy to assist such a worthy organization.”

“Being with the company for 35 years, I’ve probably done about 10,000 projects,” Joe stated. “This was one of the best ones I’ve worked on. We’re looking forward to helping them again in the future.”