Carbon County Rises to Defend Its Rights from the DRBC

[Editor’s Note: Carbon County, Pennsylvania, apparently knows a rat when it sees one and is going to defend itself from a takeover of the ship.]

Carbon County, PA is the latest county to join in and support Pennsylvania’s Republican State Senators suing the Delaware River Basin Commission (DRBC) over its ban on hydraulic fracturing.

In a brilliant move aimed at boxing in the Delaware River Basin Commission (DRBC), two northeastern Pennsylvania State Senators–Gene Yaw and Lisa Baker–along with members of the PA Senate Republican Caucus (27 Senators in all), filed a lawsuit in January against the DRBC accusing the quasi-governmental agency of “taking” the property rights of PA residents without just compensation under the law.

A group of 16 left-wing PA Democrat Senators filed to “intervene” in the lawsuit. The battle lines are drawn. PA counties are lining up to support the Republicans in the lawsuit. 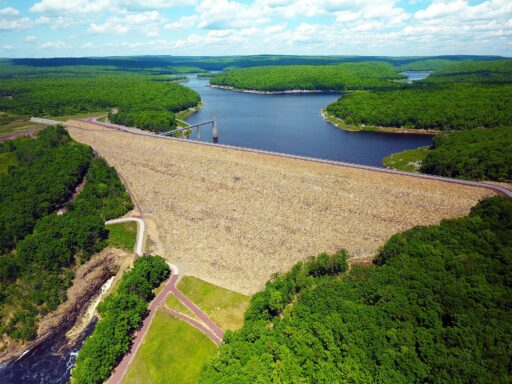 The lawsuit launched by Republicans would make the DRBC compensate landowners in Wayne and Pike counties, where there is drillable shale, for banning fracking. If successful, the Republican takings lawsuit could run into the multiple billions of dollars, bankrupting the DRBC.

The DRBC is actually guilty of “taking” the property rights away from those residents via the frack ban without just compensation as provided for under the U.S. Constitution. The question is, will the DRBC be made to pay for it? This lawsuit aims to hold them accountable for their actions.

What’s Carbon County’s interest? After all, there really isn’t much, if any, drillable shale in Carbon County. We doubt they could make a case for “takings” for Carbon County landowners.

It appears Carbon is concerned that the DRBC has become a rogue agency, growing its power to regulate everything, and that nobody is pushing back. Carbon wants it stopped. According to the solicitor hired by Carbon County, the DRBC is taking away “state, county and municipality rights to regulate water uses.” Carbon is standing up for its rights.

The county commissioners on Thursday accepted a proposal from Newman Williams PC of Stroudsburg to represent them in the suit seeking to overturn a moratorium on natural gas drilling and fracking near the river and its tributaries.

The suit, spearheaded by state Sens. Lisa Baker and Gene Yaw, claims the commission overstepped its authority with the ban. Pennsylvania sits on billions of dollars of natural gas from the Marcellus Shale formations, the suit said.

Fracking, however, is controversial due to environmental concerns. It involves using high pressure to inject a large volume of water, chemicals and sand into Marcellus Shale, causing it to crack and release natural gas.

Prior to the permanent ban, the commission instituted a moratorium in 2010 in the base, until it established regulations for natural gas drilling.

Commissioner Chris Lukasevich said in an email that he personally feels that joining the action is more about a potentially “slippery slope.”

The commission has set a precedent with the restriction and has potentially opened the door to further bans beyond its authority under the interstate compact, he said.

Lukasevich did not comment during their meeting, but deferred questions and explanation to Solicitor Dan Miscavige, who said the suit challenges the commission’s authority in taking the action, which takes away state, county and municipality rights to regulate water uses.

Editor’s Note: Rumor has it that Pike County officials are also thinking about joining this lawsuit. It is well that they should. Indeed, every other county and municipal government in the DRBC region should do the same if they do not wish to allow the DRBC to transform itself into regional land use agency with the power to determine what industries are allowed and not allowed, what projects get built and what don’t and who protect the waters of their states from the ravenous thirsty residents of New York City who would control it all if they had their druthers.

One suspects this is Carbon County’s motivation because the City already has its darting thieving eyes on the Francis E. Water Dam Reservoir and the DRBC is nothing if not the point of the spear for New Yorkers. Yes, the DRBC is a totally corrupted agency today, willing to run over every town, every county and every state these days to satisfy New York and a ruling gentry class that now calls the shots.

Once upon a time the DRBC was a respected outfit and resource to all, but that was before one Executive Directir was compromised by funding for the agency, before another lost control of the whole thing and before the Delaware PovertyKeeper’s enablers, together with the NRDC gang, took the reins away from everyone.