Carbon Dioxide Is Life, Not A Pollutant

Carbon Dioxide Is Life, Not A Pollutant

[Editor’s Note: Carbon dioxide was foolishly declared a pollutant by the EPA for political purposes and the Supreme Court let it stand. One hopes it will now self-correct.]

Is carbon dioxide — two pounds of which each of us exhales daily — a pollutant? And are catastrophes increasing as a result of higher concentrations of the gas? Physics — along with a few other branches of science — says no.

Nonetheless, in a landmark 2007 Supreme Court ruling, the EPA concluded that it has the authority to regulate greenhouse gases, setting off a cascade of regulatory actions that target fossil fuels as emitters of a dangerous gas and promoting “green” energy as the solution. This ruling has become known as the “Endangerment Finding” and it determined that carbon dioxide was a “pollutant” that was dangerously warming the atmosphere and oceans, leading to climate catastrophe. 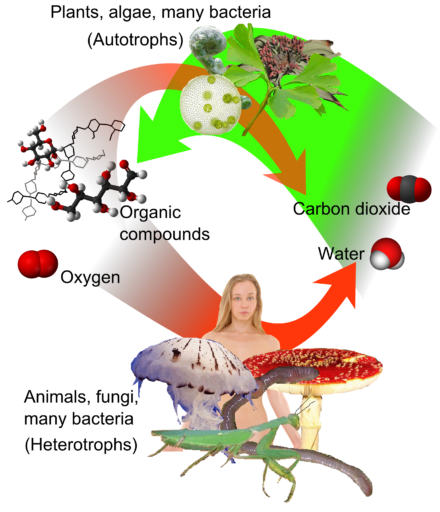 Overview of photosynthesis and respiration. Carbon dioxide (at right), together with water, form oxygen and organic compounds (at left) by photosynthesis, which can be respired to water and (CO2).

Setting aside legalistic arguments as to whether Congress or the EPA has the authority to make such decisions, the science is clear: Increasing carbon dioxide in the atmosphere will not lead to the catastrophic consequences that the global warming enthusiasts predict. In fact, a recent Louisiana judge dictated that the EPA needs to use realistic metrics when evaluating the costs or benefits of more CO2. Using a higher, real-world discount rate mandated by Congress reveals that the “social cost of carbon” from increasing carbon dioxide emissions is a net benefit to society. That is correct. More CO2 benefits society and the peoples of the Earth.

The Earth’s atmosphere has warmed about one degree Celsius since 1850, and CO2 has increased approximately 130 parts-per-million since the beginning of the Industrial Revolution to about 415 ppm today This combination of modest warming and a rise in atmospheric CO2 has provided a huge benefit to the Earth’s ecosystems and to humanity.

Contrary to predictions of ever-increasing catastrophes and harm to humanity, quite the opposite is occurring. By virtually every metric the planet’s ecosystems are improving and we are enjoying those benefits.

Deserts are shrinking, the bulk of the planet is enjoying re-forestation not de-forestation, vegetation is exploding across all ecological niches, natural disasters have been in a twenty-year decline, hurricanes are not increasing, the strongest tornadoes are in decline, and our air and water are cleaner today than in modern history. The majority of North American heat records were set 90 to 100 years ago. Where is the crisis? There is none.

That more carbon dioxide is fueling plant growth is accepted as fact by all parties in the climate debate (and yes, Virginia, there IS a debate). Modest warming is providing longer growing seasons in temperate climes, assisting in the cultivation and harvesting of more food. That increase in crop growth is turbocharged by the CO2 fertilization effect. With carbon dioxide increasing in recent decades, there have been significant improvements in crop harvests and an overall greening of Earth. Greenhouses add carbon dioxide to enhance production.

It is accepted by experts on both sides of the issue that carbon dioxide retains small amounts of solar radiation — heat — that otherwise would escape into outer space. Proponents of catastrophic man-made warming exaggerate this phenomenon, using unlikely and unsupportable high-end projections of the warming effect to achieve extreme heat scenarios of the future.

Whatever the cause of the temperature increases of the last 300 years, there is no need to fear carbon dioxide’s future greenhouse effect because the gas at the current concentration of approximately 400 parts per million has nearly reached its peak potency. Even if the gas were to double, the effect would be a mere one degree Celsius of warming— hardly an emergency.

A ruling by the Supreme Court to roll back the Endangerment Finding would simply be a ruling that “follows the science” and recognizes the important contributions that more CO2 is having on the planet’s health and to the human condition.

This commentary was first published at Human Events on February 28, 2022.