Becki Talcott of Deep Park Lumber spoke at a Leadership Wyoming luncheon about the “Energy Day” she recently attended and how it led to her son’s career boost.

Cabot has been a supporter of the Leadership Wyoming program since it started five years ago. Each year, the Wyoming County Chamber of Commerce selects a dozen residents from various industries to participate in a leadership building program. The participants work together on a community project and learn more about what the county has to offer. “Energy Day” is one of nine monthly sessions where classmates learn more about the energy industry in Wyoming County. 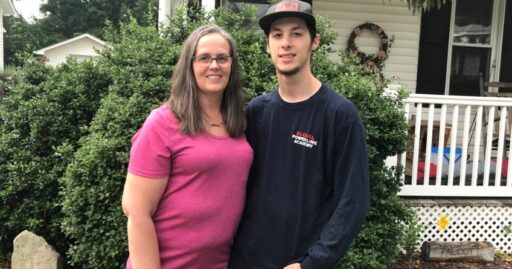 While Cabot operates wholly within Susquehanna County, many of our employees and supporting businesses are from Wyoming County. It was a treat to hear from Becki Talcott of Deer Park Lumber as she provided a summary of Energy Day at the recent Leadership Wyoming graduation luncheon. We were pleasantly surprised to hear that her Energy Day experience led to a career boost for her son, Hunter.

Hunter graduated from Tunkhannock High School this year and had already enrolled at Global Powerline Academy in Altoona. This great program offers a comprehensive 10-week pre-apprenticeship program that covers topics from rigging to basic electrical theory and all the necessary safety procedures. “I’ve always wanted to be in a trade. Climbing power lines is something that I wanted to do,” Hunter told us.

Hunter was advised that if he were to begin the program with a CDL license, he could start further up the ladder. “It saves companies money if they want to train me to move company vehicles or similar work,” he explained. “And I can move directly into union work.”

Part of Energy Day was a visit to the Susquehanna County Career & Technology Center’s new CDL Training Center, which Cabot and many other local companies needing qualified drivers helped to build. SCCTC director Alice Davis explained the importance of the school to Leadership classmates over lunch, and Becki listened intently. She got quite excited about the opportunity to climb into the seat of a truck driving simulator, used for both instruction and as a promotional tool. 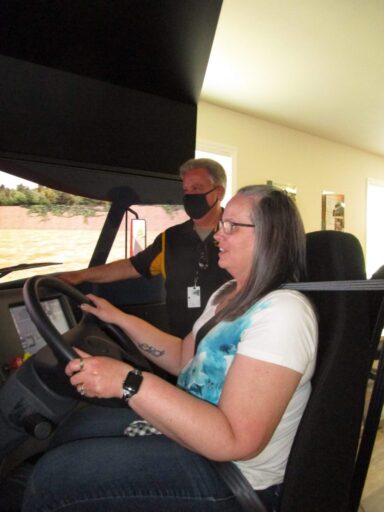 Becki went home to tell Hunter that she’d found the perfect way for him to obtain his CDL license. She enrolled him in a training session that started just after he graduated high school and ended a few days before he would start lineman school. He got his drivers permit on June 12.

“It has really brought him out of his shell,” Becki said of her son. “I could never get him to talk about school before, and now he comes home talking about double-clutching!”

“The instructors are great,” Hunter stated. “They are really good at teaching you what you need to work on – not just what’s in the book.” When Hunter was struggling with backing up the rigs, for example, the instructors suggested that he was “overthinking it.” They were right, and Hunter mastered that skill. Hunter appreciated that the course focused on specific tasks, instead of the variety of subjects he took in high school.

Becki told the graduation audience that Energy Day was her favorite part of the Leadership program. “There was a lot to absorb, but it was a lot of fun,” she remarked. Becki also noted that the group visited Cabot’s Kropa well pad and Clark water withdrawal station. “It was good to hear that the Marcellus will outlast our grandchildren.”