[Editor’s Note: Jimmy Carter was more or less destroyed by his “Malaise Speech” but some of his energy ideas were positively brilliant compared to Joe Biden’s dark age idiocy.]

Just over 43 years ago, President Jimmy Carter made history when he gave what’s long been known as the “malaise speech.”

It’s worth reading in its entirety, but overall, he mixed some preaching and a bit of talking down to the little people with some political swipes and left-wing rhetoric about exclusion, have-nots and big shots, all spiced up with some unattributed quotes. He said, in effect, that it was time for Americans to get used to everything from the threat of gasoline-rationing to potential “mandatory conservation” measures. 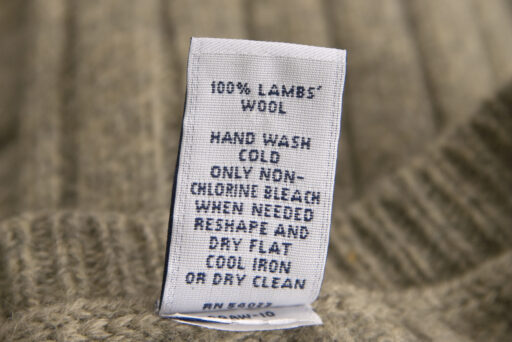 Although he didn’t specify that it had to be made of wool, President Jimmy Carter did recommend a sweater to Americans forced to lower thermostats during his time in office. He also wore a cardigan to make his point, thus prompting The Washington Post to gush over his new look as a fashion statement.

Much of that really amounted to a finger-wagging admonition that Americans needed to stop enjoying themselves, so President Carter’s speech certainly wasn’t in the same league as Prime Minister Winston Churchill’s pronouncement on the end of the beginning at a time when Great Britain faced considerably more than an energy problem. Where the president spoke of resignation to difficulty, the prime minister promised a fight at any cost.

As a Democrat, President Carter believed big government and more of it to be appealing solutions and in his malaise speech, he called for an “energy mobilization board,” an “energy security corporation,” more funding for public transportation, financial assistance to “needy Americans to cope with rising energy prices,” a “solar bank” and, of course, a windfall profits tax to pay for everything.

Still, it’s only fair to note that President Carter did make a few points that are as worthy of consideration today as they were in 1979. The federal government, he claimed, was “isolated from the mainstream of our nation’s life” and Washington was “an island.” Specifically on the energy front, he called for cutting dependence on imported oil and asking for mandates to force utilities to generate 50 percent of their power from “other sources, specifically coal” instead of oil.

President Carter also said that “we have more oil in our shale alone than several Saudi Arabias. We have more coal than any nation on Earth.” Today, we have President Joe Biden’s approach to dealing with energy problems, an approach that relies less on fact than on fiction.

There are those in government as well as those in industry who see through his often-inscrutable statements, but babbling isn’t limited to President Biden – even if he does set the standard – and some California municipalities have taken nonsense to new heights. Obviously, all of the silliness and double-talk in the world won’t change its energy situation and its reality-based need for fossil fuels. The energy industry recognizes that need and is working to meet it. The left wishes it would just go away.

But while watching the antics of President Biden and his sidekicks, it’s hard to avoid remembering what his predecessor said 43 years ago about shale oil and coal. Add to that the country’s known reserves of natural gas and the challenge becomes one of trying to figure out why the left refuses to use the resources that exist today.

A joke going around the internet not long ago claimed that a Nigerian prince had died and left his millions to a cat after having spent years trying to give away his fortune and receiving not a single response to any of his emailed offers.

Kind of like American energy that receives no response from the Biden administration, isn’t it?