The slim majority in Congress wants to throw $150 billion in free money at the electric power industry. If they succeed the result be a green gold rush of monumental proportions. Here is a brief analysis of what to expect, including the unexpected. 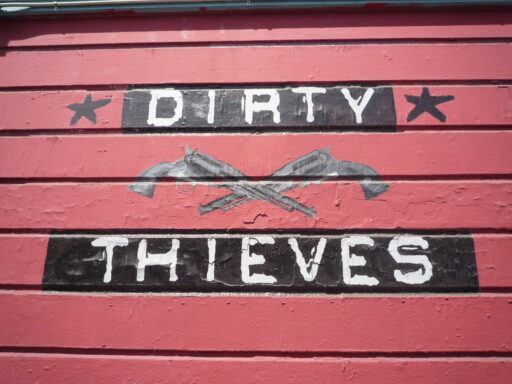 The legislation is called the Clean Electricity Performance Program or CEPP. It should be named the green juice payment program. The idea is to move the industry toward using mostly renewables and it will sure do that, more than anybody seems to realize.

CEPP started out as a mandate, along the lines of the state renewable portfolio standards (RPS) that require an ever increasing percentage of power to be from renewable sources. Under RPS the action is relatively well controlled, as utilities work to meet well defined growth targets. But then for political reasons CEPP suddenly changed into a free-for-all money dump, with all the looming chaos that concept implies.

The basic rules are simple. They apply to everyone who supplies electricity to end users, unlike RPS mandates which apply to generators. Most suppliers are the familiar utilities that come in three forms — investor owned (the big ones), municipal (about 1,000 mostly small) and rural electric co-ops (about 2,000 mostly fairly small). These are the people who sell us our juice.

The primary rule is that each supplier should increase its fraction of so-called “clean” energy delivered by at least 4% every year from 2023 through 2030. Clean energy means low or no CO2 emitting generation. Of course coal does not qualify but neither does natural gas. This basically leaves nuclear, hydro, wind, solar and biomass. In reality the required new juice generation will be almost all wind and solar.

So far so good but then we get the kicker that makes CEPP a truly wild program. Every supplier who makes their 4% or better will get a grant of $150 per Megawatt-hour for every MWh over a 1.5% increase. There is also a $40/MWh penalty if they fail to make the 4% increase.

What makes this wild is that the wholesale price of electricity is normally between $20 and $40 per MWh, let’s call it $30 for simplicity. That is, CEPP creates a general situation where something you can buy for $30 gets you $150 in free money. And there is no upper limit to how much you can get, except 100% of your sales.

Obviously as a supplier you want as much clean energy as you can get and you are willing to pay a lot for it, certainly a lot more than $30. Even $130 would still make you good money.

For scale I estimate that if everyone hit their 4% annual growth rate in the short run the CEPP payout is around $15 billion a year. This plus modest growth (4% is bigger every year) through 2030 is likely where the $150 billion CEPP budget comes from.

The reality is the generators and suppliers are going to go for as much as they can get, as fast as they can get it. Thus we might fairly quickly see growth of 8%, or 12%, or whatever. Wind and solar only provide about 10% of today’s juice so there plenty of room to grow. A mad scramble gold rush is almost inevitable.

Mind you the electric power supply system is very complex so funny things can happen. Most municipal and co-op suppliers buy their juice from other suppliers, especially investor owned utilities. These IOUs in turn generate some but also buy some, especially from independent generators. And of course new generators come along all the time. Who builds what will itself be a mad scramble. Reliability may suffer.

Plus there are the 800 pound wild cards — the 50 States that regulate major aspects of the industry. The CEPP draft specifically requires the suppliers to report their winnings to the State authorities. No doubt the States would like to see some of that money go to the ratepayers, or perhaps to some other pleasant purpose.

What role and authority the States will actually have is a huge unknown. It normally ranges from siting and approving generation facilities to setting retail power rates. But this is a very different deal, between the suppliers and the Feds. Big fights may follow.

So there it is in a nutshell. Throwing $150 billion in free money at the electric power industry is bound to stir things up.

Of course CEPP may never happen. It was just passed by its House Committee. It still has to pass the full House and then the Senate. But it will be just a small part of the enormous Reconciliation Bill now under intense development by the Democrats. (Aside: this may be our first 10,000 page bill.) As such the CEPP may well be unstoppable.