Certification: The Road to Redemption or Perdition?

[Editor’s Note: RSG certification looks like another hustle along the lines of ESG; a game of paying to feed the croc in hopes you’ll be eaten last or the croc will die first.]

Last week MDN told you about two smaller, privately-owned Marcellus/Utica drillers (both with their own pipeline gathering operations) that have contracted with certification authorities to certify their natural gas as responsibly produced (see Olympus Using Proj Canary to Monitor Drilling & Pipes for Methane and Tug Hill and XcL Midstream Using Project Canary for RSG Cert in WV). At last week’s DUG East event in Pittsburgh, one of the organizations that perform RSG (responsibly sourced gas) certifications tried to sell the line that if all drillers don’t fall into line with certification, they may not be able to sell their gas. 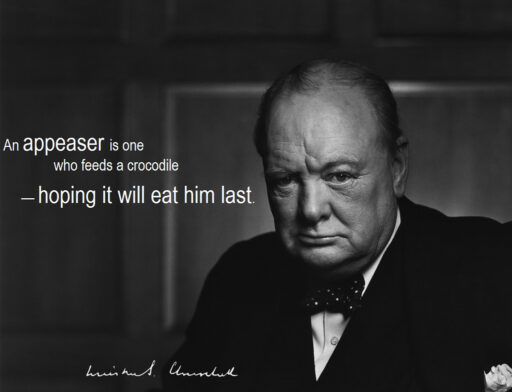 We heartily disagree with that sentiment. For us, it shows the slippery slope of these certifications. These certs go from voluntary and “a good thing to do” to required or else.

We’ve said, from the beginning, that we don’t think Marcellus/Utica drillers (or any other play’s drillers) have anything to prove. We already produce “responsibly sourced” natural gas. But we also understand that in today’s mixed-up world, drillers are choosing to use programs like Project Canary or MiQ or Equitable Origin in order to make their gas more marketable–to give them a competitive edge.

When we hear a rep from one of those certification agencies, Equitable Origin (someone with a BIG vested financial interest) begin to pressure drillers, frankly, we don’t like it. “You will get certified or else…” is the sentiment.

Shale gas drillers face increasing market pressure to have their product certified as “responsibly sourced,” even though gas awarded the designation might not fetch a premium price.

“The paradigm shift is going to be: If your gas is not certified in one way or another, you may not be able to sell it,” Jennifer Stewart, principal adviser to nonprofit Equitable Origin Inc., told an audience of shale executives Dec. 8 at Hart Energy’s DUG East conference. Equitable Origin has a set of environmental, social and governance standards for producers desiring certification as responsibly sourced natural gas.

Industry players have begun responding to concerns over greenhouse gas emissions in the natural gas supply chain by competing to offer the cleanest supplies, and certification offers a way to assure buyers that drillers are limiting methane emissions at their production and gathering operations.

Tug Hill Operating LLC, backed by private equity firm Quantum Energy Partners LLC, and Blackstone Inc.-backed Olympus Energy LLC are joining their larger, publicly traded peers in pursuing certification, which could help them market to overseas LNG buyers that have been uneasy about the amount of methane emitted in producing and transporting the gas.

Gas traders are “blowing our phones up” with questions about certified low-emissions natural gas, Stewart said. “I think we’ve had a call almost every day this week from various trading shops wanting to know about certified gas: ‘How do we buy your certified gas, and who do we buy it from?’”

But due to the opacity of bilateral gas trades, it is not clear that those buyers are willing to pay a premium for the certified gas.

Stewart said that when she worked at Southwestern Energy Co., the shale gas producer closed four deals for responsibly sourced gas, and all received a premium price. Regulatory agencies such as the U.S. Environmental Protection Agency and the U.S. Energy Department have expressed interest in the standards and process for getting certified, Stewart said, but the market will decide what value, if any, a “responsibly sourced” tag will have.

To venture capitalist Chris Kalnin, the certification debate misses the point. Kalnin’s fund, Kalnin Ventures LLC (Unspecified Vehicle), with the backing of Thai energy company Banpu Public Co. Ltd., hopes to create the “energy company of the future” with its BKV Corp., using technology and M&A to control the product from start to finish.

“You need to go to end consumers and help them help you pay for some of your ESG efforts, just like organic food in the grocery store,” Kalnin told executives at the conference. “I don’t believe that you’re going to go out in the market and be able to charge a premium for renewable gas or responsible gas.”

BKV’s ambitious goal is to have net-zero emissions across all scopes by the end of this decade, offsetting all of its carbon emissions from natural gas by injecting CO2 back into the earth while marketing to consumers through its own combined-cycle power plants. BKV owns upstream operations in Texas’ Barnett Shale and Pennsylvania’s Marcellus Shale and a combined-cycle power plant in Texas. Kalnin said it will make a final investment decision in early 2022 on a carbon capture use and storage project in Texas.

“The people that are going to pay you the money are people who are in homes, who want to make sure that you are doing something about [climate change], and will pay you extra,” Kalnin said. “They are the end consumers.”

Injecting carbon dioxide back into the ground “solves the problem that everyone has with natural gas, which is that it’s adding to global warming; even if it’s cleaner, it’s still adding to global warming,” Kalnin said. “We’re going to start injecting CO2 and an equivalent amount to what we’re consuming and burning so that when you consume our natural gas, potentially as electricity, it’s completely net-zero.”

Editor’s Note: Once again, Jim raises an extremely valid concern. Third-party certification is often a good idea, but only when it has to do with very specific and objective standards. The STRONGER program comes to mind, for example. The  “Responsibly Sourced Gas” (RSG) game, though, comes across as another hustle by the same types of folks who promote ESG.

That is a pure con, devised by Larry Fink and cohorts to lay the foundation for the biggest scams of all time in the form of the Green New Deal, the Great Reset and other related schemes of elite corporatists to take over the world and further enrich themselves. ESG is bunk and RSG appears little better. It’s nothing but an attempted appeasement of the folks who ultimately want to eliminate your business. Feeding this croc is a crock. There is no redemption to be had; only perdition.