[Editor’s Note: Industry is not the enemy of the people – It’s the avenue of jobs that power the economy and deliver true justice of the economic sort, not the emotional.]

Invidious comparisons do not make for good analysis.

The story, by reporters Ken Cooper and Susan Phillips, started off in the wrong direction and proceeded right on to its rhetorically wrong-headed ending. Beginning with the emotionally loaded “environmental justice” question, it attempts to use air-emission estimates from an activist-attacked LNG project now stalled in Bradford County as an exemplar of what to expect in Chester. That ignores details of the distinctly different plan laid out in presentations by Penn America Energy, the Chester project’s proponent, to use electric motors unable to put out the particulate pollution, sulfur dioxide, and nitrous oxide – probably from diesel engines driving the Wyalusing plant’s liquefaction process — expected from the upstate project’s plant. 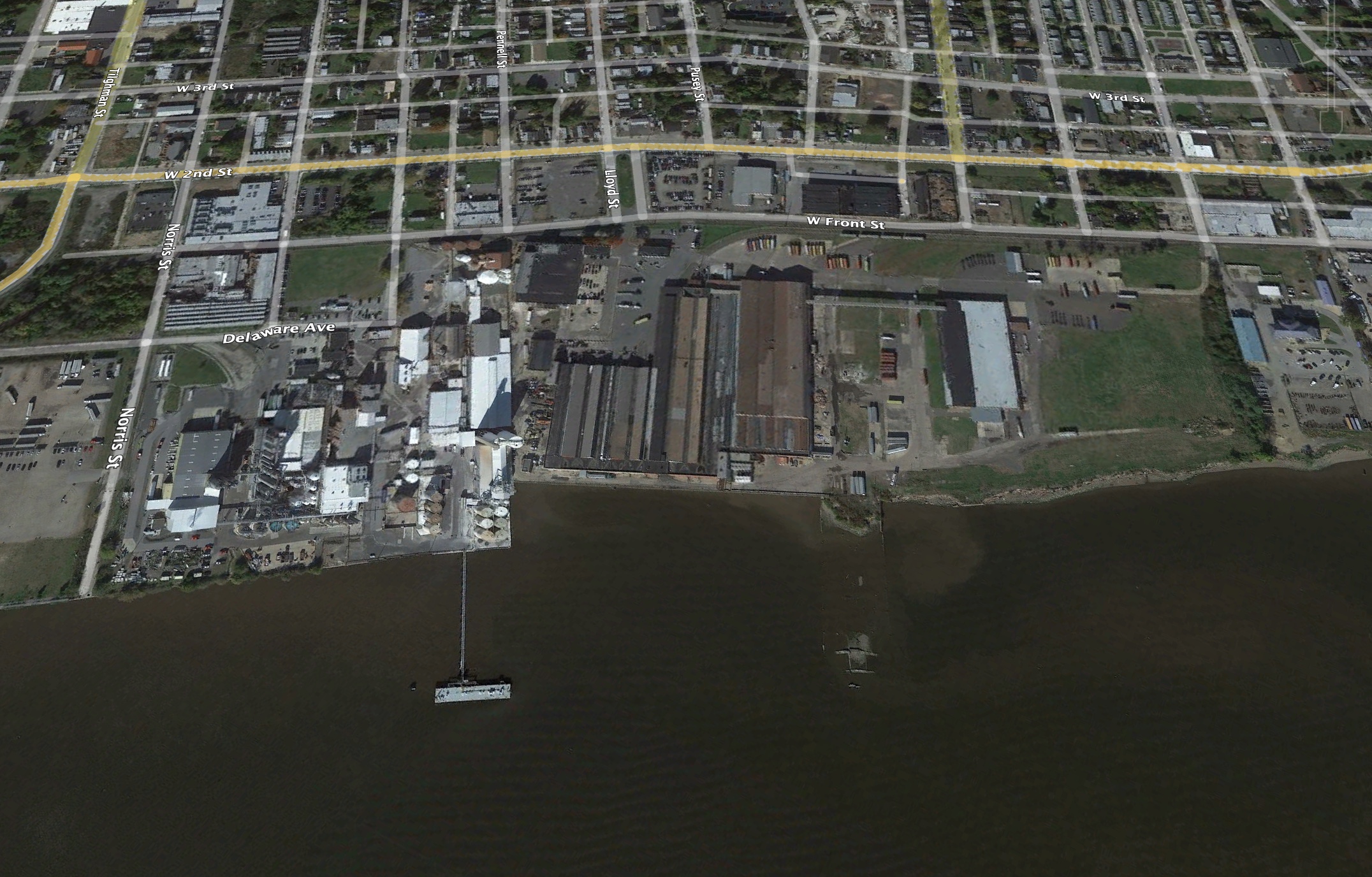 Worse yet, WHYY’s report injects implications of corporate sneakiness into the story:

“Plans for a massive liquefied natural gas facility in Chester along the Delaware River have quietly been shopped around to current and former elected officials and their representatives from Chester City Hall to the governor’s office in Harrisburg. WHYY News obtained details of the plan, as well as the company’s lobbying efforts through Right-to-Know requests,” the intrepid duo wrote, as if Penn Energy America LLC and its founder, Franc James were scurrying “around” hiding from public view while hatching this plan.

Chester residents like John Linder, former mayor and longtime Delaware County Community College professor, know James has not only been touting his idea to elected officials for the last six years, but also to community groups like Riverside Futures. In one such session, held at Chester’s CAT Center, leaders of several local community groups, educators, and business-minded local citizens joined Mayor Thaddeus Kirkland, State Sen. John Kane, and Toby Rice, CEO of EQT Energy – America’s biggest gas driller – to watch a presentation at which James said he would “build a big refrigerator and freezer” to cool natural gas to minus-260 degrees F.

It’s a little hard to hide something that’s been in plain view for that long, and it thus is hard do understand why WHYY’s news staffers didn’t simply pick up the phone and ask for the information Franc James was so freely “shopping around.”

It’s also hard to accept the argument made by one critic in WHYY’s story, Alex Bomstein of the Clean Air Council, that Penn Energy’s project would be like installing “a big power plant in Downtown Chester.” A refrigeration setup run by electric motors is a very different animal, vastly less capable of producing pollution than a combustion-powered electric plant, as Bomstein should know.

But the WHYY rhetorical beat went on. Under the heading “Chester’s heavy burden as an environmental justice community,” the station’s reporters state the obvious: “It could take several years to navigate a complex regulatory process with no guarantee of success.”

Really? A look at the trajectory of Cheniere Energy’s Sabine Pass LNG port – the nation’s first and largest LNG export terminal, launched just as the U.S. Shale Energy Revolution kicked into high gear, now sending regular cargoes of American gas to Asia as well as to Europe, could have told WHYY’s staff that. Sabine Pass, begun as an import terminal by Cheniere but was re-purposed after the late Chesapeake Energy CEO Aubrey McClendon convinced Charif Souki, Cheniere’s founder, that the newly boundless American shale resources would end the U.S. need for imports. Cheniere got its engineering consultants, Bechtel Corp., to turn the project around – with regulatory approvals — and it took 10 years and 10 billion dollars to complete.

During the same period, this writer attended a Houston LNG Export Conference in Houston before the Sabine Pass conversion was complete, and watched a Cheniere representative’s presentation on the rising opportunities for U.S. gas sales as a consequence of the Panama Canal Expansion Project’s not-then-complete widening access for U.S. energy exports to world markets.

They Sell it, Why Can’t We?

Interestingly, almost all of the contracts the Cheniere Energy presenter outlined were for gas supplied by Cabot, now Cotera Energy, whose Susquehanna County wells produce such a major share of the Marcellus Shale’s output. The presenter explained that Cheniere eschewed the traditional “tolling” business model used by other export ports, buying the gas up front and building new pipelines to connect to the transcontinental lines hauling gas from Pennsylvania and its “Shale Crescent” partner states Ohio and West Virginia to the Gulf Coast. Skipping “Middle Man” fees, Cheniere then resells the liquefied natural gas to the shippers sending tankers to Sabine Pass to supply energy consumers in foreign lands at prices arbitraged against the higher prices extant in Europe and Asia.

During the Post-WWII era, Chester was a major industrial center. African-Americans following Great Migration pathways arrived in Delaware County and Philadelphia in waves, escaping Jim Crow segregation in Southern states – and in Chester especially, from along Maryland’s Eastern Shore – finding better housing, access to education, and good jobs in the surrounding industries:

Now, almost all of these industries are gone, leaving unemployment rampant in Chester.

Thus, looking at the number of dilapidated, under-improved and abandoned housing in the city these days – and reflecting on reports of the painful lack of opportunities for meaningful employment for Chester’s economically under-served population, one wonders why questions of economic justice don’t rate higher on WHYY’s priorities list.

With, as WHYY notes, the Biden Administration “push(ing) to increase LNG exports overseas in the wake of Russia’s invasion of Ukraine, speeding up new permit reviews, an LNG export terminal on the East Coast could be a bonanza if the current market conditions prevail.”

“It shouldn’t be surprising if we see a bunch of proposals popping up all up and down the Eastern Seaboard that could potentially access low-cost gas from the Marcellus and be pretty close to Europe,” Ken Medlock, senior director of the Center for Energy Studies at Rice University, told WHYY’s reporters. “But Medlock also said European countries could start tapping gas from North Africa and the Middle East.”

What Medlock may not have considered is the recent report by the International Energy Agency, an arm of the United Nations, that world use of natural gas is continuing to rise up to and through the middle of this century. The Persian Gulf state of Qatar already exports major quantities of natural gas to Europe through the Suez Canal, but that did not stop Europeans from purchasing cheaper gas supplies from Vladimir Putin’s Russia, even though it came from a Siberian project bitterly criticized by European and American environmental groups.

Certified to Be Cleaner

As Penn Energy’s Franc James says, gas from the Marcellus-Utica Basin is produced with less fugitive-gas escape and with less-pollution-spreading production equipment through the use of “electric frac” pumping setups. Moreover, “Shale Crescent” gas is actually cheaper than supplies elsewhere. American shale gas, much of it from the Marcellus-Utica Basin, is so much cheaper that shippers sending gas tankers through the Panama Canal to Asia began turning those tankers around, reversing their transits of the Isthmus Canal — at hundreds of thousands of dollars’ additional cost – to send supplies to Europe after Putin’s Russian war machine began its assault on Ukraine’s democracy.

Not only has the European Union declared natural gas a “Clean” fuel, but the International Maritime Organization has now required ocean transport vessels to quit burning high-sulfur “heavy” fuel oils and switch to “low-sulfur” fuels for the cargo ships brining industrial products to the developed European and United States markets. Among other efforts, that now has ship-builders and shipping interests working to develop natural-gas-powered ocean-going vessels, opening yet another market for LNG and Compressed Natural Gas sales worldwide.

Thus, the market conditions Rice University’s Medlock worries about are not so fragile, after all.

Finally, there is the question of whether residents of Chester and other nearby under-served communities might really be able to benefit from the thousands of construction jobs and hundreds of operating jobs a major LNG terminal could bring.

Serial protester Julene Mayfield has expressed doubt whether any of the jobs Penn Energy’s Franc James promises would be offered to Chester’s needy residents.

She and WHYY’s reporters might profit by visiting and touring the Workforce Development Center at Delaware County Community College. There, they’d see a mechatronics lab funded by grants from the Energy Transfer Partners Marcus Hook Industrial Center leaders, full of equipment donated from hydrocarbon production fields and gas processing plants. That lab and its associated construction-skills and manufacturing-excellence labs already offer training for local residents.

If they asked nicely, those reporters and Ms. Mayfield might get to tour the Steamfitters Local 420 Headquarters and Training Center, up on Townsend Road in Northeast Philadelphia. There, a large number of Chester residents are now undergoing Apprenticeship training, equipping them for just the kind of work construction of a major LNG export terminal along the Delaware shoreline will entail.

As it happens, Riverside Futures Community Development Center was founded not only to support the kind of industrial rebirth this proposed LNG terminal can bring about, it also was founded to support job-readiness and craft-skills job-training programs for residents of the Delaware Valley’s under-served communities. WHYY’s reporter ignored us when former Mayor John Linder and I said that in the interview, and Julene Mayfield was not there to hear it.

That’s too bad, because WHYY mischaracterized what our CDC was designed to do. So let it be known today, there’s much more good work afoot in Chester than WHYY would let us say.

Editor’s Note: WHYY, of course, is one of the funders of StateImpactPA and, like the Clean Air Council, is the recipient of huge amounts of funding from the Philadelphia gentry class (the Haas family through the William Penn Foundation). It’s hardly a wonder, therefore, why WHYY would echo the Clean Air Council.