Chinese Communists A Font of Fractivist Politics in America

While many have strongly suspected Russia of underwriting American fractivism, that is speculation. What is not speculation is the role of Chinese communists.

Three years ago, I testified at a public hearing regarding “Foreign Influence on the Pennsylvania Gas Industry.” I talked not only about the dirty role of a member of the Heinz family in setting up an enterprise intended to capitalize on Joe Biden and John Kerry connections, but also the Rockefeller family in financing oil and gas related development in China at the same time they were funding fractivism here in America. The Rockefellers, I noted, were only too happy to be in business with China communists simultaneously funding fractivism here and oil and gas related development there. Such is the rot that pervades our ruling gentry class. 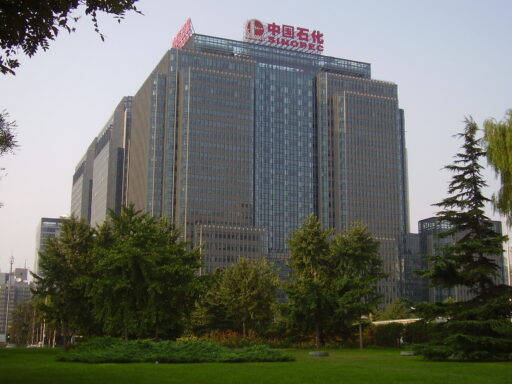 We are, in fact, now learning the Chinese communists didn’t just infiltrate our ruling gentry class. They also appear to control Joe Biden, who has turned out to be a total enemy of oil and gas development here at home, but drops one favor after another on China, from his cabinet picks, to buying drones from our enemy, to weakening our position on Taiwan, to caving on the Huawei issue. Possible reasons for this abound in a story at The National Pulse yesterday, which highlights some of the following points (also see here and here):

Some media outlets have stated Hunter Biden did nothing illegal, which may be true, but few would argue he and Heinz, during the latter’s involvement, were not, for personal profit, trading off their parents’ representation of the United States in dealing with Chinese communists who are clearly now our enemy. And, while, Joe Biden, may have kept just enough distance to avoid being dragged directly into the deals, he likely knows there’s much more those same Chinese communists know that he’d prefer we not know. Is this the reason Joe Biden is consistently cowering to China? Does it explain his rabid opposition to oil and gas development here as China brags of their own success in the same field?

Wherever the truth may lie, one thing is clear; Chinese communists have embedded themselves in the activities of our gentry ruling class, the same people who fund fractivism here.