[Editor’s Note: The proposed Clean Electricity Performance Program (CEPP) is a disaster waiting to happen; a blank check for a corporatist den of thieves with Congress in tow.]

Part 1 of this story introduced the proposed Clean Energy Performance Program or CEPP. The central idea is for the Federal Government (that is, taxpayers) to pay electric power suppliers billions of dollars as a reward for adding ever increasing amounts of mostly renewable juice to what they sell. The rewards kick in whenever a supplier sells 4% more green juice than they did the year before. If they do not make the 4% threshold they are penalized accordingly.

The problem is that this creates a powerful drive for suppliers to add as much green power as they can, as fast as they can. The potential for destabilizing the grid, or the industry, is great. 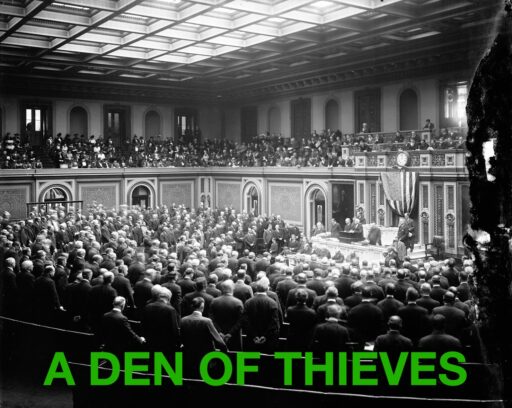 I have now done a bit of research and come up with some interesting numbers, including a very big missing number. These are summarized below.

The draft CEPP bill begins by appropriating the necessary funding. Except it doesn’t in a very important way. The first paragraph funds the administrative side of the program, which runs until Sept 30, 2031 and is administered by the Energy Department. This number is very big, which indicates how complex the program is. There are over 3,000 electric power suppliers, each of which is either rewarded or penalized ever year. Here is the CEPP text:

“(a) APPROPRIATION.— (1) ADMINISTRATION.—In addition to amounts otherwise available, there is appropriated to the Secretary of Energy for fiscal year 2022, out of any money in the Treasury not otherwise appropriated, $250,000,000, to remain available until September 30, 2031 (except that no funds shall be disbursed after September 30, 2031), for the administrative expenses of carrying out section 224 of the Federal Power Act (as added by this section).”

The sum of $250 million is a heck of a lot of admin money, even spread over 9 years. It might fund something like 500 people, in effect making a new CEPP Agency.

But then it gets really interesting. Reports on the CEPP have consistently said it was a 150 billion dollar program, so that is what I too said in Part 1. But the actual text says the funding is unlimited. I am not making this up. Here is the text (emphasis added):

“(2) GRANTS.—In addition to amounts otherwise available, there is appropriated to the Secretary of Energy for each of fiscal years 2023 through 2031, out of any money in the Treasury not otherwise appropriated, such sums as are necessary to issue grants under section 224 of the Federal Power Act (as added by this section) (except that no funds shall be disbursed after September 30, 2031).“

The amount “such sums as are necessary” is whatever they need! Perhaps this is just a place holder. The CEPP is going to be just a small part of the mammoth $3.5 trillion reconciliation bill so maybe we are waiting for that. Or maybe this just says the appropriate appropriation will happen each year, whatever that means. Or something?

As I pointed out in Part 1, people seem to think this is a mandate for suppliers to add just 4% to their green juice supply every year. In reality the reward of $150 per MWh if you meet that standard should drive suppliers to add as much as they can. So I took a look to see what is in the offing by way of new green generating capacity. It is a great deal more than 4% per year. Here are some basic round numbers from the American Public Power Association:

Assuming the capacity factors of the new iron are the same as the existing stuff, these are the percentage increases in supply that are under construction. Even if it takes a couple of years to bring it all online this is way over 4%.

Beyond that we have the new capacity that has its permits but is not yet under construction. CEPP could bring it on fast.

Permitted capacity not yet under construction and percentage increase over present:

Also well over 4% and when you add them together it is 25% for wind and a whopping 72% for solar.

Clearly, the suppliers might have no problem increasing their green juice supply to way over 4%. However it is not nearly that simple.

In fact, the 4% threshold is not based just on wind and solar. It is based on all the generating technologies with no CO2 emissions, which basically means nuclear, hydro, wind and solar. And, since we are not about to build a bunch of new nukes and big dams, it is up to wind and solar to cover the required increase from all these sources.

These big four technologies together produce about 40% of our power, while wind and solar only produce about 12%. So, wind and solar together will have to increase by something like 13% a year in order to meet the 4% increase. Even that looks easy given the new capacity in the pipeline, but maybe not.

There are a couple of nasty wrinkles, that I will just mention in passing. First, any supplier that presently provides a high percentage of nuclear or hydro generation is going to have a very high 4% threshold. Note, too, that the 4% compounds annually. Getting enough wind and solar could be a big challenge.

Second, will co-ops and municipal systems get hammered? There are roughly 2,000 rural electric co-op suppliers and about 1,000 municipal suppliers. Many are small and most buy a lot of their juice from the big local investor owned utility or IOU as they are called. That IOU is also a supplier under the Clean Electricity Performance Program, with its own retail customers.

There are a lot of other nasty wrinkles to this seemingly simple program. Throwing untold billions of free dollars at the electric power industry is a very dangerous game. There will be big winners and big losers.