Clean energy is, to a large extent, in the eye of the beholder, but one thing is surely clear; natural gas is critical to any of it.

As a new administration takes shape in Washington, D.C. we enter a period of wait-and-see on a number of proposed policy changes that could effect our industry, our economy and our environment. Over the course of 2020, we were fortunate to hear from a wide variety of voices through the Think About Energy (TAE) webinars, including supposedly clean energy. 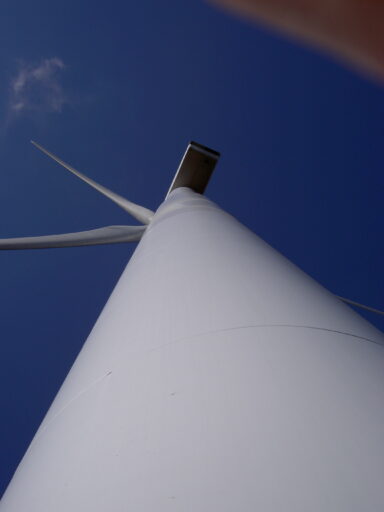 Think About Energy is a platform for education that focused on the importance of energy in our daily lives. They strive to discuss how energy impacts environmental, political, & economic factors across Pennsylvania, Ohio and West Virginia.

We agree that protecting the quality of our water, air and soil is our highest priority. But we also share a concern that our efforts as an industry to not only meet but exceed environmental standards are seldom seen by the same people proposing regulating us out of existence at a time when the nation needs us most.

Gene understands that the alternative energy sources touted by those who want to bring an end to fossil fuels are often more dangerous to the environment and humanity. A diverse energy portfolio is important, but we can only achieve those goals by being realistic about how we get there.

“Fossil fuels are needed to produce every windmill and solar panel to enhance our ‘clean energy’ portfolio,” Sen. Yaw wrote as chairman of the PA Senate Environmental Resources and Energy Committee. “There are several manufacturing processes and materials which utilize fossil fuels, such as mining and steel and plastic production.”

“Is ‘green’ energy really ‘clean’ energy?” Gene asked in an OpEd he wrote in August 2020. The simple answer is “No.” As he often says, “windmills and solar panels don’t just drop out of the sky.” Quoting the Wall Street Journal, Sen. Yaw reminds us that each windmill is composed of 900 tons of steel, 2,500 tons of concrete, and 45 tons of non-recyclable plastic. Solar panels contain a host of elements toxic to the environment, including lead, cadmium telluride, copper indium selenide and glass.

“We do not have the knowledge nor the facilities at the federal or state level to deal with recycling nor disposal of solar panel,” Sen Yaw laments.

Electric cars sound like a clean alternative until you factor in the weight of the vehicle and its impact on roadways and, more importantly, the human toll suffered for the extraction of the nickel, aluminum and cobalt required to make them. The more prevalent elements are not available in the United States and are usually imported from the Democratic Republic of the Congo, where children as young as six toil long hours in underground mines.

“Are we going to accept being dependent on foreign governments, and are we going to exploit child labor for our ‘clean energy?’” Gene asked. We surely hope not. Sen. Yaw has done his homework, and the facts fly in the face of the Regional Greenhouse Gas Initiative (RGGI) favored by the governor and the newly elected president’s occasional threats to “ban all fracking.”