[Editor’s Note: The Clean Energy for America Act now being being advanced by Democrats is another scam flowing from the global warming con game.]

The Democrats in Congress are making another run at punishing (eliminating) the use of fossil fuels. About a month ago Senate Finance Committee Chairman Ron Wyden (wacko from Oregon) and 24 fellow Senate Democrats introduced a bill called “The Clean Energy for America Act”–an overhaul of the federal energy tax code, aimed at combating nonexistent human-caused climate change.

This time around the Dems are targeting (among other things) repeal of the percentage depletion allowance that landowners and investors use in offsetting royalty payments for tax purposes. In other words, mom and pop landowners that receive royalties will see their federal income tax bills go up. Unless you stop this disgusting bill now, before it becomes law.

The so-called Clean Energy for America Act is a horrible bill from beginning to end, but in this post, we will concern ourselves with only the percentage depletion allowance.

Let’s begin with what percentage depletion is. While the following definition from Investopedia doesn’t mention landowners specifically, all of the below applies to landowners as well as drillers and investors:

What Is Percentage Depletion?

Percentage depletion is a tax deduction for depreciation allowable for businesses involved in extracting fossil fuels, minerals, and other nonrenewable resources from the earth.

Percentage depletion assigns a set percentage of depletion to the gross income derived from extracting these nonrenewable resources. The deduction is intended as an incentive for drillers and investors to develop domestic mineral and energy production.

The rules of oil and gas accounting require that the costs incurred to find, develop, and obtain minerals and oil- and gas-producing properties must be capitalized.

Percentage depletion allows for an income tax deduction for these capitalized costs, reflecting the declining production of reserves over time. The percentage depletion is a measure of the amount of depletion associated with the extraction of nonrenewable resources. It is an allowance that independent producers and royalty owners can apply to the taxable gross income of a productive well’s property.

The Benefit to Investors

Oil and gas investments at the wellhead have become one of the most tax-advantaged investments available in the U.S. today due to the depletion allowance. Approximately 15% of gross income from oil and gas is tax-free for small investors and independent oil and gas producers.

There is no dollar limit to the total amount of depletion that can be deducted from income from qualified nonrenewable resources. However, percentage depletion can only be taken from a property that has net income (or profits).

If a property recognizes a net loss for any given tax year, percentage depletion cannot be deducted.

Percentage depletion is a capital cost recovery method that is allowed for nearly all natural resources except timber.

The IRS sets different depletion rates for different resources. Some of the rates are as follows:

The percentage depletion formula requires that gross income be multiplied by the appropriate percentage.

The following is a small excerpt of an analysis of the Clean Energy for America Act by attorneys at energy law firm Mayer Brown. This is how the bill, if it becomes law, will impact the fossil fuel industry:

We received an email from NARO, the National Association of Royalty Owners, about the bill, with an urgent call to action. This week the Senate Finance Committee will work on the bill. NARO urges landowners/royalty owners to contact the list of Senators below who belong to the Finance Committee to ask them to remove the provision from the bill concerning the percentage depletion allowance. We’d ask them to ax the bill completely, but perhaps that’s too much to hope for?

Percentage Depletion Allowance is Earmarked to be Removed as a tax allowance for Royalty Owners. 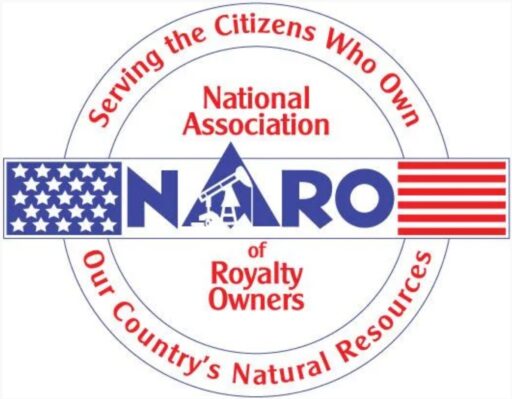 Your Action on this email is Critical to educating our Senators of the importance of Percentage Depletion Allowance.

Wednesday, the US Senate Finance Committee will take up the Clean Energy For America bill, sponsored by Chairman Ron Wyden (D-OR), which would among other things, eliminate percentage depletion.

To read more about this bill, click this link: https://www.finance.senate.gov/chairmans-news/-wyden-colleagues-introduce-legislation-to-overhaul-energy-tax-code-create-jobs-combat-climate-crisis

Use the list below to Call or Email the Senator(s) on the Finance Committee and let them know that percentage depletion is important to you. You can also use this link to see reach out to the committee Senators:

If you wish to email or post comments on a Senator’s webpage, click on the Senator’s name below.

NARO highly recommends you add a personal introduction and why removing the elimination of percentage depletion from the Energy Tax Bill is personally important to you, with the Action Points below.

Here are the Call To Action Points of discussion:

Editor’s Note: This is yet another nefarious attempt by the green eggs scammers from the hedge fund community and other special interests to hit oil and gas where it hurts by undermining support in rural America so they have less competition and greater ability to wrangle ratepayer and taxpayer subsidies out of government.

Global warming, euphemistically labeled climate change so as avoid the uncomfortable fact that the models don’t work, not to mention being able to label all bad weather as the result, has become the du jour formula for getting rich quick. This Clean Energy for America bill is about eliminating competition from oil and gas with a side benefit of sticking it to rural Americans who don’t easily fall for the global warming scam.

This con game continues because too many people who know better, including members of the industry, go along to get along. They try to appease the global warming cult in hopes it will eventually go away but it won’t because that’s where the money is today — on the con.