[Editor’s Note: Why do Republicans too often imagine they have to sell out their principles to advance them? The ClearPath Action program is simply that and terrible messaging.]

Last week Congressional Republicans from the House of Representatives, led by the man who will become the Speaker of the House after November’s coming tsunami election, Kevin McCarthy, introduced a road map describing how they will mitigate rising gasoline prices and address so-called climate change if the party wins control of the House in November’s midterm elections (which they will). The Republican plan arises from the task force established last year by McCarthy, called the Energy, Climate, and Conservation (ECC) Task Force. The task force rolled out a six-part “plan” (more like a framework than a fleshed-out plan) to tackle the ongoing energy crisis and the challenge of “global climate change.” 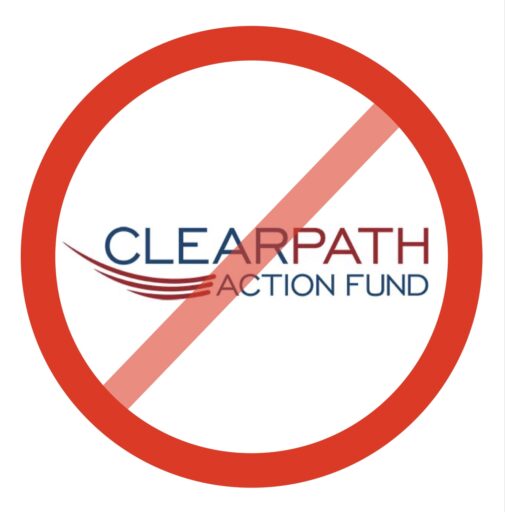 “Conservatives have real solutions to solve the climate challenge and make energy more affordable,” said ClearPath Action CEO Rich Powell. “Here’s a comprehensive plan that works –- it reduces carbon emissions, creates jobs, eliminates dependence on foreign adversaries resources, and will be well-received in every single Congressional district in America according to our research.”

“Conservatives are pulling up a seat at the table to solve the climate challenge with real solutions. These ideas unleash the power of entrepreneurship and free markets,” said Powell.

The site features a video narrated by Greg Walden, former Chair of the House Energy and Commerce Committee and current ClearPath Advisory Board member. “The climate is changing, and global industrial activity is contributing. We hear that from the oil and gas industry, power companies, and our friends in agriculture. Everyone is clear: it’s time to talk about solutions.”

Walden added, “The GOP plan contrasts sharply with the failed liberal policies of the past, such as the Green New Deal. House Republicans are making a clear distinction that they will lead on mitigating the global climate challenge with plans that will stabilize our economy and make energy more affordable. They know America must beat China and Russia, and regain our place as the global energy leader.”

“Our research shows that 84 percent of Americans think clean energy is an issue that Republicans in Congress should care about, but only 44 percent believe they do,” said Kristen Soltis Anderson, Founding Partner of Echelon Insights, an opinion research and analytics firm. “There is clearly an appetite for Republicans to get out and talk to voters about their energy and climate solutions.”

Members of the Energy, Climate and Conservation Task Force announced last summer include:

We looked over the ClearPath Action website and couldn’t find many details about the six planks of the “plan” (note to ClearPath, you need a downloadable PDF with the six points fully fleshed out).

We located the following story from CNBC which describes a Republican “roadmap” that appears to be different from the six-part plan above. Here is the CNBC story, and a copy of a handout from the Republicans detailing how they will address the current energy crisis when/if they take back control of Congress after November:

Republicans this week introduced a road map describing how they would mitigate rising gasoline prices and address climate change if the party wins control of the House of Representatives in the November midterms.

The plan arises from the energy, climate and conservation task force established last year by House Minority Leader Kevin McCarthy, R-Calif., and involves proposals that run counter to the warnings of climate scientists.

The strategy provides a broad overview of how the party would address high energy prices but doesn’t set specific greenhouse gas emission targets. It calls for ramping up fossil fuel production and liquefied natural gas exports, as well as streamlining the permitting process for major infrastructure projects, according to The Washington Post, which first reported the plan.

The agenda also endorses legislation to expand hydropower, one of the oldest and largest sources of renewable energy, and condemns policies that increase U.S. demand for critical minerals mined from China, which are necessary for electric vehicle and renewable energy production. In a document introducing the road map, House Republicans cited Department of Energy statistics showing that only 3% of the more than 80,000 dams in the U.S. currently generate electricity.

“If Republicans earn back the House majority in the fall, we will be ready to enact that strategy and ease the suffering of working Americans’ wallets,” Rep. Garret Graves, R-La., the task force chair, wrote in a blog post.

Climate scientists have warned the world must dramatically reduce fossil fuel production to avoid the worst consequences of climate change. A recent report from the Intergovernmental Panel on Climate Change said that limiting global warming to close to 1.5 degrees Celsius will become impossible in the next two decades without immediate and major emissions cuts.

The GOP has historically opposed measures to tackle the climate crisis. The Trump administration, for example, sought to reverse more than 100 environmental rules it deemed burdensome to the fossil fuel industry.

This week’s plan takes a vastly different approach to addressing climate change than the Biden administration’s agenda, which involves slashing emissions in half by 2030 and reaching net-zero emissions by 2050.

The GOP plans to unveil the six policy areas of their plan, called “Unlock American Resources,” “American Innovation,” “Let America Build,” “Beat China and Russia,” “Conservation with a Purpose” and “Build Resilient Communities,” over the next two months.

The road map also comes after the House last year passed more than $500 billion in climate investments as part of the president’s Build Back Better Act. That legislation is still stalled in the Senate after opposition from Republicans and Democratic Sen. Joe Manchin of West Virginia. Every Republican in Congress has opposed the funding, contending it would exacerbate the worst inflation the U.S. has seen in decades.

Environmentalists and congressional Democrats argue the GOP plan is not only insufficient but would worsen the climate crisis.

“This climate plan sounds like it was concocted by a comic book supervillain,” said Brett Hartl, government affairs director at the Center for Biological Diversity. “Republicans have managed to devise a scheme that would make climate change even more destructive.”

Rep. Frank Pallone, D-N.J., who is chair of the Energy and Commerce Committee, condemned the plan, saying if House Republicans were serious about addressing climate change, they would have supported legislation Democrats have put forward to lower energy prices and slash carbon pollution.

“This House Republican proposal simply recycles old, bad ideas that amount to little more than handouts to oil companies,” Pallone said in a statement. “It is a stunning display of insincerity to admit climate change is a problem but to propose policies that make it worse.”

You can find a copy of the “Unlock American Resources” Republican handout from last week here.

Our takeaway is that the Republicans are ramping up messaging around energy and climate issues in advance of November. Good for them. Unfortunately, they are ceding the advantage to the Democrats by signing onto global warming as a crisis–by letting the Dems set the terms of the debate. That’s a mistake in our book. But we don’t run the Republican strategy team (more’s the pity). We’ll keep an eye on the ClearPath organization. Right now you can color us *very* skeptical of the organization and its messaging.

Editor’s Note: Jim is exactly correct, as usual. We should all be extremely skeptical of the amateurish PR the ClearPath Action Program represents. It is the work of one very wealthy corporatist type by the name of Jay Faison who pays the bills and he has been a  RINO Republican supporter from the outset of his involvement in politics, including giving money to Lindsey Graham, Jeb Bush, Rob Portman, Kelly Ayotte, Fred Upton, Martha McSally and Mitch McConnell; all losers of one form or another.

Worst of all, he’s a big ally of Lisa Murkowski from Alaska, who regularly sells out Republicans on every major issue, couldn’t win as a Republican six years ago and probably won’t win this time at all. She is a thoroughly corporatist deal-making individual who did incredible harm to President Trump at every opportunity and, thereby, undercut so much of what we needed, while supporting the positions of our opponents. If you read the recent PR put out by ClearPath above you won’t find her name because it’s anathema to all sane Republicans today. It was prominent here, though.

The ClearPath message is essentially one of appeasement, which never ever works. One cannot admit the premise of an enemy and hope to attract any that of enemy’s supporters who would only be choosing someone less likely to defend their beliefs and achieve their objectives. The only clear path to victory is to get them to recognize their premise is wrong and change their mind, which is only accomplished with enthusiastic advocacy of the alternative. That’s where converts come from, not from some muddled middle that doesn’t even know what it believes and follows leaders.

Moreover, and ironically, the opportunity to convert viewpoints has never been better than now as the public sees with their own eyes the futility of the green eggs and scam approach to energy. And, Steve Koonin, an Obama Administration official of all people, has written a wonderful book called “Unsettled” that calmly lays out the facts on climate change in a way that fully exposes the fact there is no crisis other than the one of high fuel prices and shortages caused by Joe Biden and other Democrat politicians. ClearPath is proposing to throw victory to the wind and campaign on a losing issue. Is there any better explanation of why we’re known as the “Stupid Party” by those who know? I suggest not. This is the same route being espoused by API and is flat out stupid. Kevin McCarthy is apparently taking advice from sellout roommate Frank Luntz.