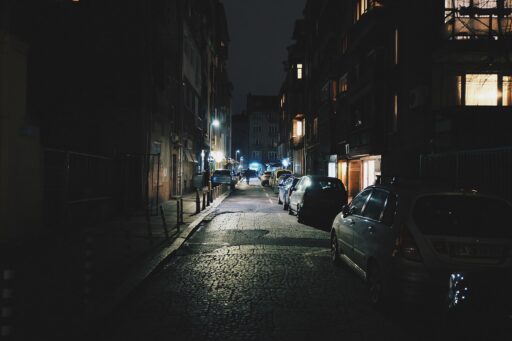 The Climate Action Council is responsible for submitting the Scoping Plan that will outline a plan to implement strategies to meet the ambitious targets of the CLCPA.  Of particular interest are the targets to reduce greenhouse gas emissions by 40% relative to the 1990 baseline and supply 70% or the electrical energy come from renewable resources by 2030 and by 2040 provide all electricity from zero-emissions sources.  Meeting these targets will require a transition of the entire New York energy system.

Last spring advisory panels submitted their recommendations to the Climate Action Council for strategies in seven sectors to meet the targets.  The Council and the advisory panels are composed of political appointees chosen more for their advocacy and politics than their expertise in the energy sector.  In order to address the lack of expertise and assemble a comprehensive strategy New York State Energy Research and Development Authority (NYSERDA) and their consultants are providing technical support by developing an integration analysis.

The integration analysis has developed a reference case and four scenarios that include specific strategies, emission estimates, and costs for Climate Action Council comment and discussion:

Scenario 2: Strategic Use of Low-Carbon Fuels

Scenario 3: Accelerated Transition Away from Combustion

According to the presentation in order to meet the targets, there are foundational themes across the scenarios based on findings from Advisory Panels and supporting analysis:

I extracted the bullet points describing the new findings of the integration analysis from the October 1, 2021 Climate Action Council meeting presentation.  My reaction to these findings is shown in bolded italics below.

Novel emissions reporting refers to the emphasis on greenhouse gases other than CO2, particularly, methane and nitrous oxides.  Novel is another way of saying no other jurisdiction in the world has prepared an inventory of emissions with such an overt and flawed emphasis on natural gas.

It is incredibly risky to be counting on novel and disruptive technologies to meet the CLCPA targets.

The climate act implementation echo chamber has not addressed what will happen when there is an extended outage following an ice storm.  Many folks have a contingency plan for that kind of an event but see no reasonable alternatives when everything is electrified.

I do not believe that the majority of New Yorkers are aware that the CLCPA will mandate these limitations on personal mobility.  The climate act implementation echo chamber has not explained how this will not have massive impacts to rural areas and the rural poor.

Although the presentation mentions that the reliability standards are included in the scenarios it is not clear to me that is the case because there is so little documentation available.  Furthermore, I think it is likely that there will be new reliability rules that certainly have not been included.

These are extraordinary numbers.  The largest integrated solar-powered battery will be at the Florida Power & Light Manatee Solar Energy Center rated at 409 MW, 900 MWh.  Note that the energy storage facility only provides two hours of storage so over 100 equivalent facilities will have to be built.

Long-duration storage does not exist today and green hydrogen has not been deployed at utility scale.  Moreover, as the hydrogen is produced it will have to be stored and transported to where it will be used which is no easy feat.

For a technology not yet commercially available expecting any significant market adoption in this time frame is a stretch.

In theory these fuels might work for these applications but the technology has not been proven.

If these refrigerants and enhanced management were cost-effective, then they would be used now.

I get the impression but have not confirmed that one of the control strategies is to convert home heating with wood to electric.  The concept that people do that because they cannot afford alternatives and the probable increase in costs associated with this law suggests that more rather than less people will want to heat with wood.  It is not clear to me how the State would regulate a land owner’s use of wood for home heating.

This is an absurd statement because it presumes that the New York contribution to the total greenhouse gas levels in the atmosphere can be measured to the point where direct air capture could have an effect.

Easy to say but extremely difficult to implement in practice.

If these practices were cost-effective farmers would be doing them today.  Apparently they are not using them so who pays for farmers to use them?

Requiring “additional innovation” to ensure that the lights are on, homes are kept warm and people will be able to charge their mandated electric vehicles is extraordinarily risky.  If the risks associated with the effects of climate change that could be changed by New York emissions were compared to the risks of this policy causing a blackout, then I have no doubts that the integration analysis strategies would be rejected out of hand.

For what it is worth, the Earthshot example refers to the Department of Energy’s “Energy Earthshots” that will “accelerate breakthroughs of more abundant, affordable, and reliable clean energy solutions within the decade.”  Even if they accomplish a breakthrough the CLCPA schedule is too aggressive to take advantage of it.

Of particular concern is that the integration analysis acknowledges that disruptive technologies will be required to meet the CLCPA targets.  I explain that these technologies are typically untested and unrefined during early stages and development can continue for years.  These innovations go through a period of problem-solving.  Given that the electric system has a long history of revisions following blackouts to address reliability problems as they arose it is unrealistic to expect that similar problems will not arise in the future.

In order to meet the CLCPA legal schedule there has been insufficient time to prepare the documentation necessary for stakeholders to evaluate the proposed strategies.  However, given the absolute need to try to avoid catastrophic problems the integration analysis scenarios have to be fully documented.  Climate Action Council meetings have included multiple member statements arguing that the law requires some of the more unrealistic proposals incorporated into the strategies.  The ultimate question for the Climate Act is what happens when stakeholders expose the reliability risks of those strategies.  Will the Hochul administration cave to the special interests or listen to those responsible for keeping the lights on.