[Editor’s Note: George Orwell long ago identified the problem with language that is crafted to mean the represent the opposite of what is implied. Climate Newspeak is here!]

I am constantly entertained by the artful ways alarmists bend language to their will. This often happens as science stories percolate through the media. Each step is a bit of a stretch, maybe not an obvious lie. But the sequence of stretches takes us so very far from the truth that we wind up in alarmville.

We just had a beauty kicked off by the great green Washington Post. What makes this especially funny is they are reporting their very own research, so there is no question of misunderstanding it. Just stretching it bit by bit, here and there. 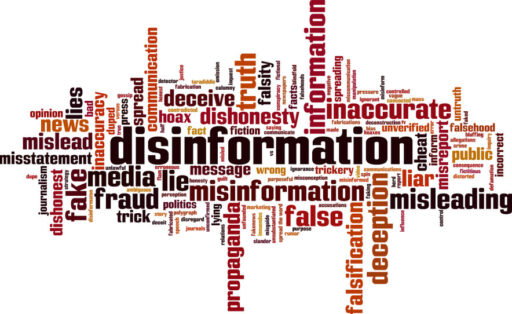 The study itself is simple enough. When really bad, damaging weather hits it is normal to declare a federal disaster. This which allows Federal agencies to take certain actions, including loans and tax relief. This is done at the county scale. So WashPo looked at all of the disaster declarations in the last three months and determined the cumulative fraction of the US population that lived in those counties.

Since some disasters, especially from hurricanes, cover more than one entire state, it is no surprise that this added up to about a third of the national population. So far so good. This is science of a crude sort, basically adding stuff up.

The stretching begins when they report their study. First we get the headline, which is all that most people will read. Here is the main headline:

“Nearly 1 in 3 Americans experienced a weather disaster this summer“

This assumes that somehow every person living in every county “experienced” the local disaster. The number of people that physically experienced these disasters is actually quite small.

In some cases, like flash floods, most of the county never knew it had happened until they heard the news. In the hurricane cases a lot of people were not there, while others simply watched it rain really hard. Losing electricity, while unpleasant, is hardly experiencing a disaster. Where I live it happens several times a year.

I am not minimizing the tragic horrors that those who actually experienced these disasters went through. Just pointing out that they are nothing like 1 in 3 Americans.

Then we get the sub-headline blaming climate change:

“Turbocharged”? This is not science, just a meaningless metaphor. As such it is not quite a lie, just almost. There have been computer based attribution studies saying climate change might have had something to do with these disasters. But turbocharged sounds very impressive.

Mind you “threatening millions” seems a bit odd, given we are talking about over 100 million people supposedly experiencing this stuff. Perhaps whoever wrote this never read the article. It happens.

And wildfires are now weather. That is really stretching the word.

For those who actually read the article we then get these linguistic gems (among others):

“The expanding reach of climate-fueled disasters, a trend that has been increasing at least since 2018, shows the extent to which a warming planet has already transformed Americans’ lives.”

So now the disasters were “climate-fueled”, another meaningless metaphor that sounds bad. Plus the “reach” of these disasters is expanding. Are there places that have never had bad weather disasters that are now getting them for the first time? Of course not; this is ridiculous scary sounding rhetoric.

Note “a warming planet has already transformed American’s lives”. “Transformed”? What the heck does that mean? All of these disaster types are common in our history. If it means those unfortunate enough to get hit by disaster have had their lives affected, then sure, but this is not news.

And there is no established connection to a warming planet, especially since America has barely warmed, if at all. If you take away the artfully alarming adjustments the nineteen thirties were a lot warmer than now.

The bit about “at least since 2018” is scientifically hilarious. This is what, a three year trend! They actually show a (meaningless) 6 year graph of the number of declarations. It drops down to a low in 2018 and then rises again until now. So there is no trend at all, just fluctuation.

Nor do they mention that we went through a miraculous 17 years without a land falling hurricane, which is certainly one reason our disasters are now up, as the hurricanes are finally back like they used to be. I guess that wonderful weather was not part of climate change. Only bad stuff counts, right?

Of course they end with a pitch for the Democrat’s $3.5 trillion recon bill, like that was going to stop bad weather.

The entertaining WashPo article is here and things then quickly get even further from the truth as the story spreads. Here is a typical headline reporting on the WashPo study:

No metaphors here. These disasters are the effects of the crisis (which however is still a meaningless statement). Bracing for unprecedented events is an interesting concept. Run in circles, scream and shout? Hard to brace for things that have never happened.

Of course terms like climate crisis, emergency, etc., are ridiculous hyperbole. My personal favorite is “climate chaos” because weather is in fact chaotic. So climate chaos is just what we have always had, but it sounds so scary to say it. I have no idea what the alarmists mean by climate chaos, and neither do they.

Moving on, Friends of the Earth (foe for short?) puts the WashPo findings incorrectly this way in a fundraiser:

“This year alone, one in three Americans experienced a climate change-induced disaster....”

“Induced” is right up there with “fueled” and “turbocharged”. Keep in mind that climate and climate change are statistics and statistics do not cause events, they just measure them. Maybe this is why we get meaningless metaphors instead of facts. The facts do not support the metaphorical hyperbole.

Nor are disaster declarations measures of weather events. They are political actions. This study is political science, not climate science.

My point is not that this press coverage is junk, even though it is. The point is that this goofy language is a common practice that you can learn to spot and enjoy. Watch them craftily work the language, to seem to say what is really not there. What is in fact meaningless.

When well done these language tricks can be quite entertaining, especially pointing them out. Just don’t take them seriously.