Climate Anxiety Comes from Climate Brainwashing of Our Kids

[Editor’s Note: Special interests out to score trillions by raiding public treasuries and consumers’ pocketbooks are creating climate anxiety and we know who is doing it.]

The constant drumbeat of lies fed to children from the time they are in pre-kindergarten through graduate school that the earth is catastrophically heating due to mankind (a completely false claim) is having an effect. Indeed, it has had a tragic effect–it has radicalized our kids to the point they are now willing to give up their freedoms and they are willing to engage in lawless acts of eco-terrorism, motivated by the belief that everyone on the planet will toast in the next ten years “if we don’t do something now.” It’s sick and it’s child abuse.

Not all kids have fallen for the lie, but many have. We are witnessing mass-brainwashing by leftists on a global scale. And it’s frightening. 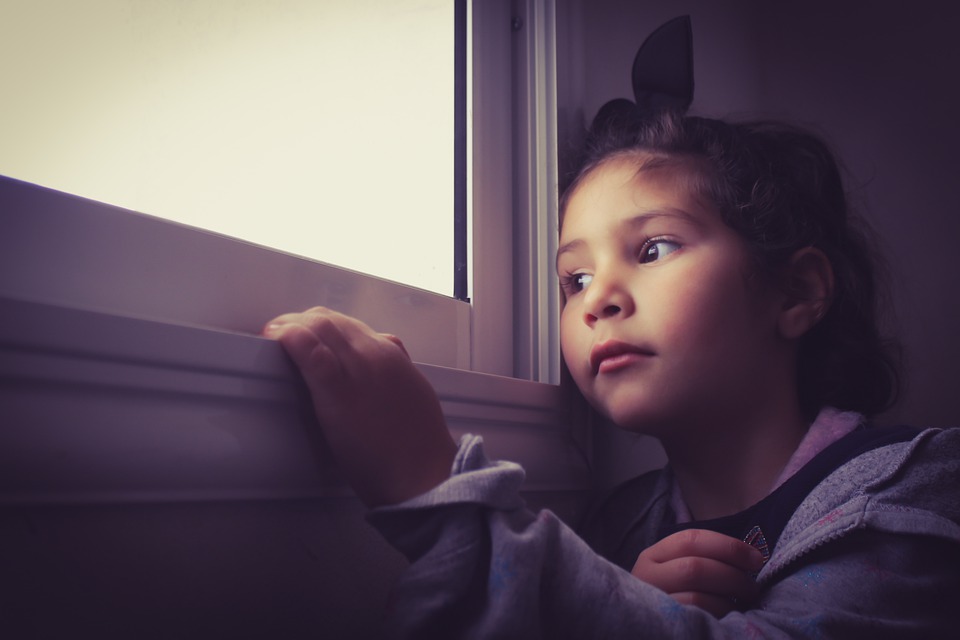 CNBC, which used to be a good business channel (but is now a leftist pap mill) interviewed a leftist true-believer professor of environmental studies at Humboldt State University in Arcata, California about how best to talk our kids off the ledge when it comes to climate hysteria. Oh, she thinks the earth will toast and kill everyone too, but she also thinks we can “talk” to our kids and perhaps smooth off some of the rough edges of their youthful enthusiasm. Think of it as spoken-Zanex for the climate anxious.

Ah, missus professor? If man-made global warming is true, shouldn’t these kids go completely insane the way they are? We think their behavior is predictable and logical given what they believe.

Young people are not coping well with climate anxiety.

Sarah Ray, a professor of environmental studies at Humboldt State University in Arcata, California, has had a front row seat to the way climate change has landed on young people and most notably, how the weight of that anxiety has changed over the decade-plus years she’s been a professor.

Ray wrote a book on what she’s learned: “A Field Guide to Climate Anxiety: How to Keep Your Cool on a Warming Planet,” which came out in 2020.

CNBC is publishing a series of accounts of how climate watchers, leaders and others are facing the emotional toll of climate change and finding a way through their anxiety, and this is a piece in that series.

The following are excerpts of Ray’s comments in a telephone interview with CNBC. They have been edited for brevity and clarity.

‘This new generation is radically different’

The existential weight that my students were bringing to me personally and into the classrooms to each other was something I had no tools to deal with.

I was seeing a great impatience with doing the work of classes: “Why am I wasting my time in college when this stuff is happening out there?” Very much like what we hear from Greta Thunberg and the youth climate movement. This sense of impatience with the types of activities we do in classes, a real desire for action, a real desire for getting out there, rolling your sleeves up and doing something and fixing these problems. The urgency has totally sunk in. There was a fetishizing of action over thinking or talking or reading.

Economics, politics, law, engineering, science used to be the places where students would go into if they wanted to get into environmental stuff. And they were predominantly white, and they often came in with a nostalgia about wanting to get things back to nature the way it was before “bad stuff happened to it.” And that was the modus operandi of the field.

This new generation is radically different.

There is a real awareness of the social justice dimensions and the sort of systems change thinking around climate change. The new generation doesn’t think of this as just something that we need to go into science to fix or technology to fix or engineering to fix or even politics or law. There’s a sense of this being a systemic thing that we need all hands on deck to address. We need all the talents, we need all the skills we from the artists, to the creative types, to the imagination people, to the children’s book writers, to the teachers to the parents — in addition to all of the usual suspects that used to be in sort of thinking about the major leverage points of affecting climate change.

It used to be that climate change was sort of imperceptible, abstract, hard to get your head around hard to deal with. It was a communication conundrum. It evaded all of the risk perception, tick boxes that need to be checked to create a good villain, for people to perceive something as a problem — especially for young people for whom the future feels really far away.

No longer is it abstract, or in the future. It is now, and it’s perceivable. And that has been a huge achievement, because by definition, climate change is the least narratable villain in a story.

The younger generations are thinking, “In my lifetime, I’m going to be the one who’s going to be beset with the worst of this.” And they know from the IPCC reports, and all the successful science communication that’s come out, that the next 10 years is the most important. So they see themselves coming of age, coming onto the political and professional scene of their lives, coming into adulthood, when the most important effects can happen, the most responsibility the most urgency is on them.

There’s going to be a real reckoning around reproductive refusal. What’s fascinating about that is environmentalists have long chosen not to have children as a way to reduce their impact on the planet, but this generation is choosing not to have children because they don’t think their children will have a livable future. That’s a very, very, very different reason to do it.

Read more here…if you enjoy sticking pins in your eyes.

There’s a pull quote in the article showing a tweeted comment by one of the worst of the worst climate radicals, Bill McKibben, who praises Ray’s book. That’s about all you need to know about Sarah Ray and her “work” to help kids feel better about themselves while still claiming the earth is going to hell in “the next 10 years.” (Ever notice with climate scaremongers the worst is always coming “in the next 10 years”? They’ve been saying that BS for the last 50+ years!)

Editor’s Note: Never forget! It’s about the money and the true believers who spread the lies and create climate anxiety are merely useful idiots at the service of the special interests looking to make trillions from green eggs and scam.