[Editor’s Note: The biggest threat to biodiversity and nature today is climate change fanaticism that espouses solar, wind and wood solutions that strip the land of life.]

References to climate change almost guarantee funding, even for research topics of little interest beyond academia and eco-activists. Polls reveal that most people worry most about energy and food prices, crime, living standards, Putin’s war on Ukraine, and increasing efforts to control their lives.

A recent study by Rutgers University scientists sought to determine how much diversity is required among bee species to sustain wild plant populations. They concluded that ecosystems rely on many bee species to flourish – and “biodiversity is key to sustaining life on Earth,” especially with many species “rapidly going extinct due to climate change and human development.” 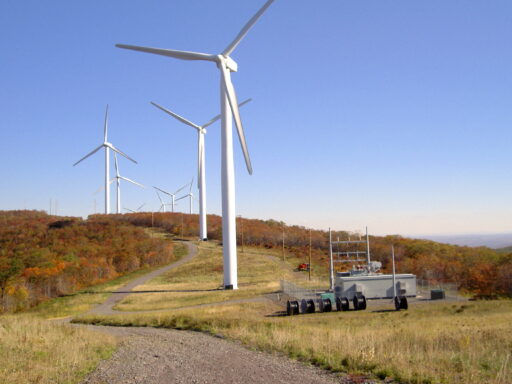 That brings us to one of Wokedom’s favorite topics: intersectionality – in this case, actual connections among bees, climate change, habitat losses, and threats to our energy, living standards and freedoms.

Simply put, the gravest threat to wildlife habitats and biodiversity (and to people’s rights, needs and living standards) is not climate change. It is policies and programs created, implemented and imposed in the name of preventing climate change.

Let’s examine habitat and biodiversity threats – without asking whether any climate changes today or in the future are still primarily natural, or are now driven by fossil fuels. Let’s just look at what purported solutions to the alleged “climate crisis” would likely do to the planet and creatures we love. In reality:

The most intensive land use – and thus greatest habitat destruction – is from programs most beloved, advocated and demanded by rabid greens: wind, solar, biofuel and battery energy.

Team Biden is still intent on getting 100% hydrocarbon-free electricity by 2035. It wants to eliminate fossil fuels throughout the US economy by 2050: no coal or natural gas for electricity generation; no gasoline or diesel for vehicles; no natural gas for manufacturing, heating, cooking or other needs.

This is just for the USA. Extrapolate these demands to the rest of a fossil-fuel-free developed world … to China and India … and to poor countries determined to take their rightful places among Earth’s healthy and prosperous people – and “clean, green” energy requirements become monumental, incomprehensible.

We’re certainly looking at tens of thousands of offshore wind turbines, millions of onshore turbines, billions of photovoltaic solar panels, billions of vehicle and backup battery modules, and tens of thousands of miles of new transmission lines. Hundreds of millions of acres of US farmland, scenic areas and wildlife habitats would be affected – blanketed with enormous industrial facilities, biofuel operations and power lines.

Add in the enormous and unprecedented mining, processing and manufacturing required to make all these energy-inefficient technologies – mostly outside the United States – and the land use, habitat loss and toxic pollution would gravely threaten people, wildlife and planet.

Let’s take a closer look, now just from a US perspective, but knowing these are global concerns.

But the more turbines (or solar panels) we need, the more we have to put them in sub-optimal areas, where they might work 15% of the year. The more we install, the more they reduce wind flow for the others. And some of the best US wind zones are along the Canada-to-Texas flyway for migrating birds – which would mean massive, unsustainable slaughter of cranes, raptors, other birds and bats.

Biofuels and wood pellets. America already grows corn on an area larger than Iowa, to meet current ethanol quotas. Keep-fossil-fuels-in-the-ground lobbyists need to calculate how many acres of soybeans, canola and other biofuel crops would be needed to replace today’s petrochemical feed stocks; how much water, fertilizer, labor and fuel would be needed to grow harvest and process them; and how much acreage would have to be taken from food production or converted from bee and wildlife habitat.

Climate activists also approve of cutting down thousands of acres of North American hardwood forests – nearly 300,000,000 trees per year – and turning them into wood pellets, which are hauled by truck and cargo ship to England’s Drax Power Plant. There they are burned to generate electricity, so that the UK can “meet its renewable fuel targets.” And that’s just one “carbon-neutral” power plant. That’s one year to slash and burn the fuel, and fifty years to regrow replacement trees. This is not green, sustainable energy.

There are alternatives, of course. Government mandates and overseers could require that “average” American families live in 640-square-foot apartments, slash their energy use, ride only bicycles or public transportation, and fly only once every few years. They could also switch us to “no-obesity” diets.

Indeed, “scientists” are again saying we “common folks” could “reduce our carbon footprints” by eating less beef and chicken, and more insect protein, ground-up bugs – or roasted bumblebees. Or we could just reduce the number of “cancerous, parasitic” humans. (Perhaps beginning with wannabe overseers?)