Climate Change Is Now the Excuse to Strip Away American Freedom

[Editor’s Note: Climate change is now nothing but a political slogan, an excuse to strip away every conceivable American freedom we now enjoy.]

Forget about the great American road trip. You won’t be able to charge your electric vehicle quickly enough or (in some cases) at all. Prepare to have your views of the countryside ruined by solar panels and windmills on just about every available hill, mountain, and ridgeline. Oh yeah, and get used to being a vegetarian too, because cows and pigs and chickens burp and fart too much methane and all that animal methane is toasting mom earth. You may think we’re joking, just poking fun at environmentalist wackos. Just read the AP article below and give us your interpretation of what those who now occupy D.C. have planned for YOU–citizens of the US of A to address climate change. 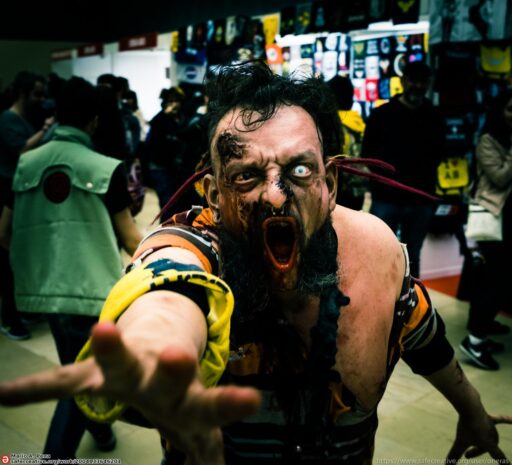 The leftist mob is telegraphing what they have planned for you. They say “climate isn’t the only thing changing.” Those whose now have their hands on the levers of power in D.C. say that in order to “combat” global warming, all sorts of Constitutional rights will be need to be suspended to achieve their lefitst environmental dystopia.

If you don’t say anything, if you don’t push back, this is what WILL happen:

Climate isn’t the only thing changing.

What comes next in the nation’s struggle to combat global warming will probably transform how Americans drive, where they get their power and other bits of day-to-day life, both quietly and obviously, experts say. So far the greening of America has been subtle, driven by market forces, technology and voluntary actions.

The Biden administration is about to change that.

In a flurry of executive actions in his first eight days in office, the president is trying to steer the U.S. economy from one fueled by fossils to one that no longer puts additional heat-trapping gases into the air by 2050.

The United States is rejoining the international Paris climate accord and is also joining many other nations in setting an ambitious goal that once seemed unattainable: net-zero carbon emissions by midcentury. That means lots of changes designed to fight increasingly costly climate disasters such as wildfires, floods, droughts, storms and heat waves.

Think of the journey to a carbon-less economy as a road trip from Washington, D.C., to California that started about 15 years ago. “We’ve made it through Ohio and up to the Indiana border. But the road has been pretty smooth so far. It gets rougher ahead,” said climate scientist Zeke Hausfather, climate and energy director at the Breakthrough Institute.

“The Biden administration is both stepping on the gas and working to upgrade our vehicle,” Hausfather said.

The end results of some of Biden’s new efforts may still not be noticeable, such as your power eventually coming from ever-cheaper wind and solar energy instead of coal and natural gas that now provides 59% of American power. But when it comes to going from here to there, that you’ll notice.

General Motors announced Thursday that as of 2035 it hopes to go all-electric for its light-duty vehicles, no longer selling gas cars. Experts expect most new cars sold in 2030 to be electric. The Biden administration promised 550,000 charging stations to help with the transition to electric cars.

“You will no longer be going to a gas station, but you will need to charge your vehicle whether at home or on the road,” said Kate Larsen, director of international climate policy research at the Rhodium Group. “It may be a whole new way of thinking about transportation for the average person.”

But it will still be your car, which is why most of the big climate action over the next 10 years won’t be too noticeable, said Princeton University ecologist Stephen Pacala.

“The single biggest difference is that because wind and solar is distributed you will see a lot more of it on the landscape,” said Pacala, who leads a decarbonizing America study by the National Academy of Sciences that comes out next week.

Other recent detailed scientific studies show that because of dropping wind, solar and battery prices, Biden’s net-zero carbon goal can be accomplished far cheaper than feared in the past and with health benefits “many, many times? outweighing the costs, said Pacala, who was part of one study at Princeton. Those studies agree on what needs to be done for decarbonization, and what Biden has come out with ”is doing the things that everyone now is concluding that we should do,” Pacala said.

These are the type of shifts that don’t cost much — about $1 day per person — and won’t require people to abandon their current cars and furnaces, but replace them with cleaner electric vehicles and heat pumps when it comes time for a new one, said Margaret Torn, a senior science at the Department’s of Energy’s Lawrence Berkeley National Lab, who co-authored a peer-reviewed study Wednesday.

Part of the problem, said study co-author Ryan Jones, co-founder of Evolved Energy Research, is that for years people have wrongly portrayed the battle against climate change as a “personal morality problem” where individuals have to sacrifice by driving and flying less, turning down the heat and eating less meat.

“Actually, climate change is an industry economy issue where most of the big solutions are happening under the hood or upstream of people’s homes,” Jones said. “It’s a big change in how we produce energy and consume energy. It’s not a change in people’s day-to-day lives or it doesn’t need to be.”

One Biden interim goal — “a carbon pollution-free power sector by 2035” — may not be doable that quickly, but can be done by 2050, said study co-author Jim Williams of the University of San Francisco.

The next big thing for the administration is to come up with a Paris climate accord goal — called Nationally Determined Contribution — for how much the United States hopes to cut greenhouse gas emissions by 2030. It has to be ambitious for the president to reach his ultimate goal of net zero carbon emissions by 2050, but it also has to be doable.

His administration promises to reveal the goal, required by the climate agreement but nonbinding, before its Earth Day climate summit, April 22.

That new number “is actually the centrally important activity of the next year,” said University of Maryland environment professor Nate Hultman, who worked on the Obama administration’s Paris goal.

Getting to net zero carbon emissions midcentury means about a 43% cut from 2005 levels — the baseline the U.S. government uses — by 2030, said the Rhodium Group’s Larsen. The U.S. can realistically reach a 40% cut by 2030, which is about one-third reduction from what 2020 U.S. carbon emissions would have been without a pandemic, said Williams, the San Francisco professor.

All this work on power and vehicles, that’s easy compared with decarbonizing agriculture with high methane emissions from livestock and high-heat industrial processes such as steel-making, Breakthrough’s Hausfather said.

“There’s no silver bullet for agriculture,” Hausfather said. “There’s no solar panels for cows so to speak, apart from meat alternatives, but even there you have challenges around consumer acceptance.”*

Brazen is about the only word we can think of. The radicals no longer hide their radicalism. We manifestly and completely reject the premise that mankind, by burning fossil fuels, is causing catastrophic warming of the planet – climate change. There is no scientific evidence to support it. Yet these radicalized jerks want to jail us for expressing our views. Folks, this is officially out of control.

Editor’s Note: Climate change has become nothing but an excuse for tyranny, whatever the merits of the science, which is far more complex than most climate zealots are willing to admit. Read this interview with Judith Curry, former Professor and Chair of the School of Earth and Atmospheric Sciences at the Georgia Institute of Technology, if you doubt it. Climate change is more political than scientific.