Climate Change Strategy of “Saving the Planet” Misses the Point

Climate Change Strategy of “Saving the Planet” Misses the Point

[Editor’s Note: Climate change alarmists are about “saving the planet” but the planet doesn’t need our help; it’s the people on the planet who need protection from alarmists.]

Climate change frequently dominates media coverage and political discourse. Why wouldn’t it when those advancing the apocalyptic agenda speak in terms of saving the planet? The state of the climate is nothing if not an “existential threat,” or so it is said.

For the sake of argument, let us assume that the motives of climate alarmists are as pure as the environment they envision. That they really do see their roles as saviors. Even so, there is a very large elephant in the room, which is that they seek to save the planet by killing its inhabitants — unwittingly or not. 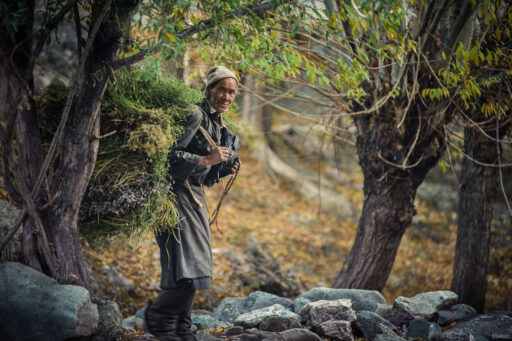 Not only do climate enthusiasts refuse to acknowledge the issue of ongoing energy poverty for billions of people across the world, but they promote policies that exacerbate lack of access to affordable, reliable electricity. The socio-economic conditions of energy poverty, which can only be worsened by the forced replacement of fossil fuels with wind and solar, contribute to higher rates of both morbidity and mortality.

Lack of gas for cooking and heating is the major cause of death from indoor air pollution in the world. The World Health Organization (WHO) states, “Around 2.6 billion people cook using polluting open fires or simple stoves fueled by kerosene, biomass (wood, animal dung and crop waste).” Around 4 million people among them die annually and many more millions suffer long-lasting illnesses.

Community-level energy poverty affects larger populations. Some regions that are home to hundreds of millions of people in Africa and Asia have no access to electricity. Among those who do have electricity, the supply is highly unreliable. From inadequate supplies of drinking water to intermittent power in health care centers, energy poverty poses an imminent threat to the lives of these people.

Death due to blackouts in hospitals has become a common event. A 2020 scientific study suggests that there is a possibility of between 3 to 105 additional deaths per 1,000 patients in grids with frequent blackouts. Problems “can range from postponing surgery, postponing accurate diagnoses for a needed surgery, permanent disabilities, and even to fatalities during surgery, due to failure of various medical equipment,” according to the study.

Climate alarmists are seemingly unaware of the billions of people who wouldn’t live to see the future if their basic energy necessities of today were not met by affordable and available fossil fuels. For people in extreme energy poverty, dreams of climbing the socio-economic ladder are impossible to achieve without coal, oil and natural gas. Rhetoric about “green” energy meeting these needs ignores the hard, physical reality that wind and solar can produce but a tiny fraction of the output of traditional generating sources..

Even if third-world governments — backed with foreign aid — install expensive micro-scale, off-grid renewable technologies, such systems are of a temporary nature incapable of meeting high baseload energy demand for either domestic or commercial use. They are of little or no use when there is no sun or wind.

The choice of energy source in the poorest areas is a matter of life and death in many cases. Regardless of where one stands on the issue of climate change and the supposed ability of government policy to avoid global warming, it is necessary that all agree on the immediate need for affordable and reliable energy for those who don’t have it.

Saving the planet must not mean rejecting fossil fuels to meet such needs. Otherwise, the clarion call of environmental activists is the death knell for the billions they would condemn to energy poverty.

This commentary was first published February 12, 2022 at bizpacreview.com