[Editor’s Note: Joe Manchin is driving Democrats nuts. Democrat climate crusaders who hoped to grift and grow power from it are angered by Machin worrying about inflation.]

The climate crusade is fueled by deficit spending both in removing wind and solar and EVs from the tax code and by limitless spending by the U.S. Department of Energy. So it was extremely positive when Senator Joe Manchin III (D-WV), head of the Senate Committee on Energy and Natural Resources, renounced his support for the climate provisions of Build Back Better legislation under debate. A $555 billion global warming subsidy bill was in the works, throwing good money after bad. 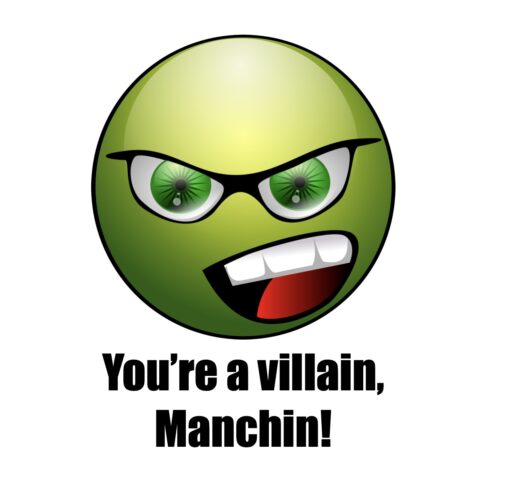 Political headlines are of no value to the millions of Americans struggling to afford groceries and gas as inflation soars to 9.1 percent. Sen. Manchin believes it’s time for leaders to put political agendas aside, reevaluate and adjust to the economic realities the country faces to avoid taking steps that add fuel to the inflation fire.

Manchin’s announcement was foreshadowed by this press release earlier this week (July 13, 2022):

“Today’s inflation data illustrates the pain families across the country are feeling as costs continue to rise at a historic rate. 9.1% is cause for serious concern…. For more than a year, leaders in Washington have ignored the serious concerns raised by myself and others about the rising cost of inflation…. No matter what spending aspirations some in Congress may have, it is clear to anyone who visits a grocery store or a gas station that we cannot add any more fuel to this inflation fire.

Still, Senator Manchin should reject the wasteful energy ‘bribes’ sent his way, such as the “clean hydrogen” hubs in West Virginia that turn natural gas into hydrogen with a carbon capture add-on. Still in the soliciting stage (for subsidies), this wasteful project can be scrapped in the name of fiscal prudency and deficit reduction.

Cries of Doom and Gloom

The apocalyptic Left responded with predictable exaggeration and doomism:

I’m not going to sugarcoat my disappointment here. This is our last chance to prevent the most catastrophic — and costly — effects of climate change. (Ron Wyden: D-OR)

And as reported in Politico:

I struggle to contemplate what single elected official in American history will do more to cause more massive suffering. There’s numerous examples, but if you want to look decades out from now, this decision by this one senator from West Virginia is going to have repercussions that affect millions, if not billions. (Sam Ricketts, Evergreen Action)

But one senator who clearly is in bed with the fossil fuel industry is condemning generations of Americans on this planet to a broken Earth, including his own grandchildren. (Leah Stokes, University of California-Santa Barbara)

There truly aren’t words for how appalled, outraged, and disappointed we are. Senator Manchin had every opportunity to stand up for climate, jobs and justice, and save families money when they need it most, but instead he is choosing to stand with polluters.” (Tiernan Sittenfeld, a senior vice president with the League of Conservation Voters)

And in today’s New York Times:

It seems odd that Manchin would choose as his legacy to be the one man who single-handedly doomed humanity. (John Podesta).

I honestly don’t know how he is going to look his own grandchildren in the eyes. (Leah Stokes, UC Santa Barbara)

He talked about his grandchildren. It turns out that’s all bullshit. He cares about profits for his coal company and his own political future over the future of our planet. (Jamal Raad, Evergreen Action)

Given the US’s role as the leading all-time carbon polluter, it is difficult to see global action on climate without US leadership. [Manchin is] a modern-day villain, who drives a Maserati, lives on a yacht, courtesy of the coal industry, and is willing to see the world burn as long as it benefits his near-term investment portfolio.

This is nothing short of a death sentence … It’s clear appealing to corporate obstructionists doesn’t work, and it will cost us a generation of voters.

Saleemul Huq, director of the International Centre for Climate Change and Development, stated:

“He’s a villain, he’s a threat to the globe. What the Americans do or don’t do on climate will impact the world…. It will cause very bad consequences for us in Bangladesh, unfortunately.

Senator Manchin is a fossil-fueled sociopath on a Maserati joyride while he lets the world burn.

The acerbic Sheldon Whitehouse (D-RI) is ready to redefine government as the Executive Branch to get what he wants:

With legislative climate options now closed, it’s now time for executive Beast Mode. Free at last. Let’s roll. Do it all and start it now.

The alarmists, out of alarms, are up in arms. And dangerous.