Climate Justice? Nah…It’s About Money for Those Who Preach It!

Climate Justice? Nah…It’s About Money for Those Who Preach It!

[Editor’s Note: New York State is preaching climate justice but the folks doing the preaching are simply lining up for money they hope to grab from taxpayers for themselves.]

The Climate Leadership and Community Protection Act (Climate Act) includes a commitment for environmental justice goals.  As part of that effort the Climate Act created the Climate Justice Working Group (CJWG) who has developed a set of draft criteria to determine which communities should be targeted for benefits from Climate Act investments.  This post describes the comments I submitted on these criteria.

The Climate Act establishes a “Net Zero” target (85% reduction and 15% offset of emissions) by 2050.  I have written extensively on implementation of the Climate Act.  Everyone wants to do right by the environment to the extent that efforts will make a positive impact at an affordable level.  Based on my analysis of the Climate Act I don’t think that will be the case.  I believe that the ambitions for a zero-emissions economy outstrip available renewable technology such that the transition to an electric system relying on wind and solar will do more harm than good.  The opinions expressed in this post do not reflect the position of any of my previous employers or any other company I have been associated with, these comments are mine alone. 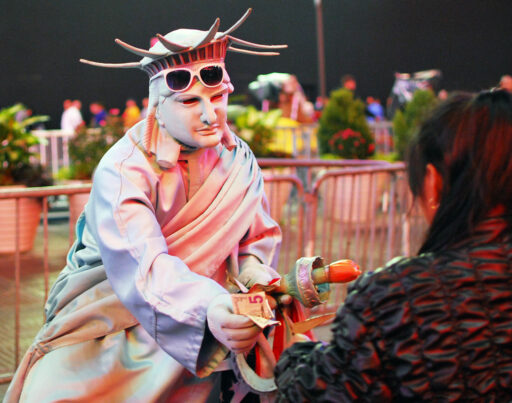 The Climate Action Council is responsible for preparing the Scoping Plan that will “achieve the State’s bold clean energy and climate agenda” in the Climate Act.  They were assisted by Advisory Panels who developed and presented strategies to the meet the goals to the Council.  Those strategies were used to develop the integration analysis prepared by the New York State Energy Research and Development Authority (NYSERDA) and its consultants that quantified the impact of the strategies.  That material was used to write Draft Scoping Plan that was released for public comment at the end of 2021. The Climate Action Council will revise the Draft Scoping Plan based on comments and other expert input in 2022 with the goal to finalize the Scoping Plan by the end of the year.

The Climate Act is “Working to ensure all New Yorkers are represented in the State’s transition to a cleaner energy future and benefit from investments and opportunities provided by this historic transition”.  In other words, they are addressing environmental justice.  According to EPA: “Environmental justice is the fair treatment and meaningful involvement of all people regardless of race, color, national origin, or income, with respect to the development, implementation, and enforcement of environmental laws, regulations, and policies.”

According to the relevant Climate Act webpage:

New York State is undertaking the most ambitious effort in the U.S. to meet the challenge of climate change. New York’s Climate Act recognizes that climate change doesn’t affect all communities equally. The Climate Act charged the Climate Justice Working Group (CJWG) with the development of criteria to identify disadvantaged communities to ensure that frontline and otherwise underserved communities benefit from the state’s historic transition to cleaner, greener sources of energy, reduced pollution and cleaner air, and economic opportunities.

The Climate Act requires the state to invest or direct resources in a manner designed to ensure that disadvantaged communities to receive at least 35 percent, with the goal of 40 percent, of overall benefits of spending on:

In order to implement these goals:

The Climate Justice Working Group has an important advisory role in the Climate Action Council process, providing strategic advice for incorporating the needs of disadvantaged communities in the Scoping Plan. The Working Group will consult with the Environmental Justice Advisory Group and ensure that while we move the state toward a carbon neutral economy, all New Yorkers will reap the economic and environmental benefits of our nation-leading transition.

There is a fact sheet that provides an overview of the plan to ensure that Disadvantaged Communities “directly benefit from the State’s historic transition to cleaner, greener sources of energy, reduced pollution and cleaner air, and economic opportunities.”  In brief the criteria are based on 45 indicators (e.g. energy poverty or income levels) grouped into seven categories:

Summary of My Comments

My biggest concern is that I believe that this process over-emphasizes communities and that those people who individually meet the draft Disadvantaged Community (DAC) criteria but happen to live in a community that as a whole does not meet those criteria will be victimized by that accident of geography. This concern might not be an issue because there was some language that suggested that it was being addressed.  However, with the emphasis on communities and what I think the immense need for investments to protect those least able to absorb the inevitable energy price increases I believe it is likely that some people who need support won’t be able to get it.

I explained in my comments that I do not disagree that extreme weather impacts are exacerbated by burdens, vulnerabilities, and stressors that differ across individuals and communities statewide such that an emphasis on environmental justice is appropriate.  However, I believe that the cost impacts of the ill-conceived emphasis on wind and solar generating resources will have a larger negative impact on disadvantaged communities and individuals than extreme weather.  The fact is that development of wind and solar resources have caused energy costs to sky rocket in every other jurisdiction where similar efforts have been attempted. My comments listed four different articles on the day I wrote up my comments that described cost issues in Europe that support my concern.

Unfortunately, the CJWG has bought into the renewable energy approach despite the fact that low- and middle- income residents of the state will be hurt more by the regressive increase in energy costs than the alleged future impacts of climate change.  I suggested that an immediate priority of the CJWG should be a demand for the Climate Action Council to develop a feasibility analysis that includes cost projections for rate-payers and explanations of what will be required for the plans outlined in the Draft Scoping Plan.

I also made a recommendation to address the affordability concern.  In particular I suggested that the Criteria weighting scheme be adjusted to emphasize unintended policy vulnerabilities.  I argued that the housing, mobility, and communications factor indicators should be rated higher so that the communities where energy poverty is an issue will be addressed better.  According to the technical documentation “The NY REV Energy Affordability Policy intends to limit energy costs to no more than 6% of income as per the 2016 order from the PSC.” I have been unable to find any documentation that lists the current status of the state for this parameter but I think this is important because I think it is the parameter that is most likely to be negatively affected by the net-zero transition.

I also commented about the documentation.  Consistent with the Draft Scoping Plan the documentation provided was incomplete.  For example, they provided a spreadsheet with the indicators but did not provide the equations to calculate the numbers.  If they had provided the calculation formulas in another version, then I could have checked the weighting methodology for different approaches.  They also did not include a list of the indicators that they rejected even though there was sufficient information for use in the analysis.  If there was an indicator for wood burning then I would argue that it should be included because wood smoke’s health impacts are as large as any of the indicators used and are likely an issue in rural areas.

This analysis is pretty complicated and I think the approach used is good enough.  I might have suggested a couple of tweaks but there wasn’t anything that I thought would make a material difference.

I don’t think that the Climate Action Council is planning to make any meaningful changes to the Draft Scoping Pan.  I think there is even less of a chance that the CJWG would modify their criteria based on public input.  Nonetheless I made the point that their plan should take into account the inevitable increase in energy costs that is a feature not a flaw in net-zero transition plans.  If they were really concerned about the impacts of the Climate Act then the CJWG should demand that the NY REV Energy Affordability Policy include a hard stop to Climate Act implementation if the percentage of households where energy costs are more than 6% of income increases by say 5%.

My impression of this CJWG effort is that members have been trying more to grab as large as much of the pie of Climate Act investment funding than actually trying to minimize the impacts of this effort on those least able to afford higher energy prices.  I really worry that the rural poor are going to be short-changed as a result of the Climate Act.  This approach does not protect them well enough.