Climate Madness Has Been Designed by Elites to Create Chaos

Climate madness has descended upon us, but not by accident. It has been engineered to give elites ever more power and vastly increased wealth at our expense.

We are living under climate madness. Its enablers would have us believe it is science, but will not tolerate skepticism, which is at the heart of all real science. Instead, they say we must, without question or doubt, accept the word of officials whose mission is to impose their will upon us. No sane person can truly live with that; accepting the role of a mindless robot or indentured servant.

Yet, millions do because elites have constructed a system of peer pressure that keeps tightening the screws on the press in which we are trapped. Talking about climate madness, in fact, is a risk. Social media can throw you in its jails for challenging conformity. Bureaucrats can restrict your freedom to travel. PayPal can steal your money. First, it was COVID madness and now climate madness is upon us; accept what elites tell you or face the consequences. 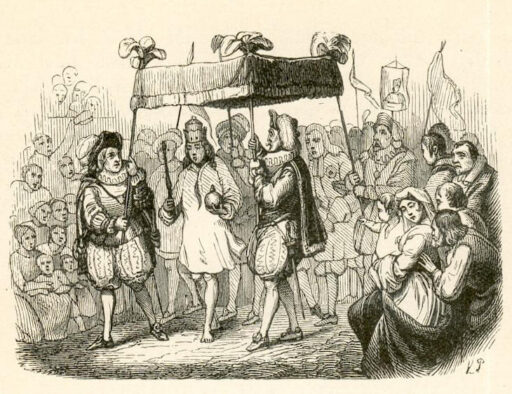 The Emperor’s New Clothes – a fairy tale that provides some important answers for dealing with the climate madness that seemingly has overtaken Western society.

What is climate madness? It’s the absurd belief we must make ourselves dependent on others who tell us we shouldn’t travel as they do, shouldn’t eat as they do and shouldn’t own anything as they do; all for the sake of saving a planet that doesn’t need saving or humans to save it. The absurdity is revealed in the following variants of climate madness:

These for four variants are just the beginning, of course. There are a legion of examples, but what is behind all this climate madness? Well, a wonderful explanation comes from a superb article at American Greatness by Edward Ring. He argues the whole climate game is really a crime against humanity and makes a compelling case:

If you control energy and food, you control the world. The biggest multinational corporations on Earth are empowered by ESG mandates, because marginal or emerging competitors lack the financial resiliency to comply. From small independent private farmers and ranchers to small independent nations, once their ability to produce is broken, the big players pick up the pieces for pennies on the dollar…

The multidisciplinary nature of climate science, the infinitely complex assortment of variables impacting climate, the uncertain and often conflicting measurements, the dichotomy between predictive modeling and actual events, combined with relentless pressure on scientists to always reinforce the “consensus,” ought to call into question all alarmist proclamations. But weather has always been capable of wreaking havoc on civilization. What should be done to mitigate its extremes?

This is where the doomsday coalition, with the globalist ESG lobby in the vanguard, are themselves the most dangerous people on Earth. Their solution, preposterous on its face, is to halt further development of fossil fuel resources and, within 30 years, eliminate use of fossil fuel entirely.

This is nihilistic, tyrannical oppression. It is horrendously unsustainable. It is an impossible goal to achieve. To even approach accomplishing this objective in a matter of a few decades would cause famine, depression, and war—impoverishing if not killing billions of people…

The architects of the globalist climate agenda are well aware of these facts. They also know that for everyone on Earth, per capita, to consume half as much energy as Americans consume per capita, energy production worldwide will have to double. That should be the shared objective of all nations, and the idea that this can be accomplished without further development of fossil fuels is a blatant, outrageous lie.

What are these obscenely wealthy, inordinately powerful people thinking? How can they possibly believe they’re going to make the world a better place, if their plan is to force billions of people into starvation and poverty while carpeting millions of square miles with wind and solar farms? How is this a good thing?

…The globalist climate agenda is more than a misguided but well-intentioned mistake. It is a monstrous crime against humanity, promulgated by some of the most dangerous people who have ever lived. It is a brazen lie for any of them to claim that we are dangerous if we do not think the world is coming to an end, are not promoting panic and fear, and wish to see citizens of all nations achieve prosperity.

This is, perhaps, the most cogent explanation of the climate madness we’re living through and its up to all of us to not go along, to resist and tell others the emperors (Klaus Schwab, Bill Gates, Larry Fink, et al) have no clothes.