Climate Misinformation Yields Big Lie on What Is Dangerous

Climate Misinformation Yields Big Lie on What Is Dangerous

[Editor’s Note: It is profound climate misinformation to suppose global warming is such a threat that any action, no matter how risky, is somehow preferable to doing nothing.]

I have argued repeatedly that claims that reliance on intermittent wind and solar resources to meet the net-zero Climate Leadership and Community Protection Act (Climate Act) mandated targets have no potential reliability issues is simply incorrect.  My other big concern is affordability and this article addresses the supposed cost benefits of the Climate Act.  In particular, a recent segment by Spectrum News report Nick Reismanaddressed the costs of the Climate Act that included an argument that the cost of inaction is far greater than the cost of action.  I believe that is also simply incorrect; climate misinformation if you will.

Everyone wants to do right by the environment to the extent that they can afford to and not be unduly burdened by the effects of environmental policies.  I submitted comments on the Climate Act implementation plan and have written extensively on New York’s net-zero transition because I believe the ambitions for a zero-emissions economy embodied in the Climate Act outstrip available renewable technology such that this supposed cure will be worse than the disease.  The opinions expressed in this post do not reflect the position of any of my previous employers or any other company I have been associated with, these comments are mine alone. 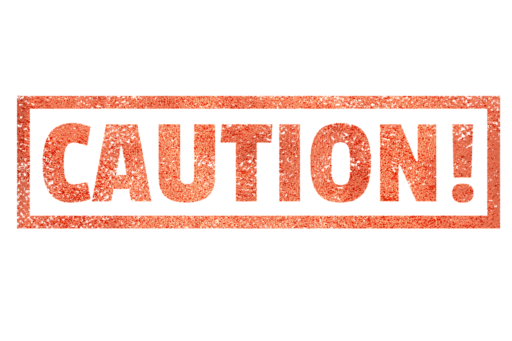 The Climate Act establishes a “Net Zero” target (85% reduction and 15% offset of emissions) by 2050. The Climate Action Council is responsible for preparing the Scoping Plan that will “achieve the State’s bold clean energy and climate agenda”.  They were assisted by Advisory Panels who developed and presented strategies to the meet the goals to the Council.

Those strategies were used to develop the Integration Analysis prepared by the New York State Energy Research and Development Authority (NYSERDA) and its consultants that tried to quantify the impact of the strategies.  That material was used to write a Draft Scoping Plan that was released for public comment at the end of 2021. Following a six month public comment period, the Climate Action Council states that it will revise the Draft Scoping Plan based on comments and other expert input in 2022 with the goal to finalize the Scoping Plan by the end of the year.

I have written multiple articles (summarized here) documenting my belief that the Climate Action Council has not confronted reliability issues raised by New York agencies responsible for keeping the lights on.   Because those agencies have raised substantive issue based on the work of their subject matter experts I believe that the members of the Council that have downplayed reliability as a concern and have claimed that those concerns are climate misinformation  are the ones guilty of climate misinformation.  This post addresses the public’s perception of the claim that the costs of inaction are greater than the costs of action.

The Nick Reisman story addressed the costs of the Climate Act and included a discussion of costs.  I think the genesis of the presentation was Children’s Environmental Health Day where advocates gathered at the State Capitol to urge the Climate Action Council to release a strong Climate Action Plan.  Reisman interviewed a local politician to explain the rationale for the request:

Elected officials and climate advocates are pushing for an aggressive plan to address global warming and reduce pollution. New Lebanon Supervisor Tistrya Houghtling says her community is especially vulnerable to extreme weather.   A school bus garage is vulnerable to flooding and farmers are hurt by fluctuations in weather and temperature.  “Between the drought and the flooding, and kind of what I call our bipolar weather where it goes back and forth so quickly, a lot of our farmers are struggling with their crops and other things,” she said.

For once there appears to be recognition that there is a difference between weather and climate because Houghtling correctly says that weather is causing the problems.  Nonetheless, the implication is that a strong Climate Action Plan could affect these weather events.  No New York State regulatory policy related to climate change has ever quantified the potential effect of the regulation on global warming itself.  The reason is simple.  I have calculated the  expected impact on global warming as only 0.01°C by the year 2100 if New York’s greenhouse gas (GHG)  emissions are eliminated. That change is simply too small to be measured much less have a meaningful effect on any New York weather event.  Suggesting otherwise is simply climate misinformation.

The interview goes on: “But at the same time, she does not want the changes to hit the wallets of her neighbors, especially lower income people who may struggle to pay to upgrade their homes with an electric car charging or a new heat pump.”  Reisman provides some background on the requirements:

In the coming years, New York plans to phase out gas-powered cars for electric vehicles. Buildings and homes will be electrified. The transition will mean a major change for how homes and businesses are powered, requiring major infrastructure upgrades along the way.

Of course, these actions will cost money and it is not clear just how much.  The news report notes:

Republicans, including Senate Minority Leader Robert Ortt, are skeptical utility ratepayers won’t take the brunt of the costs.  “What is the cost of these policies? Can we do these things?” Ortt said at a news conference recently.

The final interview is the reason I prepared this post.  In rebuttal to Ortt:

There are egregious mistakes in Rogers’ quote.  As noted previously, the presumption that implementation of the Climate Act reductions will actually have any effect on the observed weather and associated impacts is wrong simply because any New York emission reductions are simply too small to affect global warming.

There is another problem. I think the cost-benefit analysis is flawed and said so in my comments.  Because I have seen no indication in recent Climate Action Council meetings of any suggestion that stakeholder comments questioned the Draft Scoping Plan cost benefits claims I think it appropriate to summarize those comments.

Moreover, I maintain that the cost information provided is misleading climate misinformation.  In my comments on the Draft Scoping Plan I showed that in order to further the narrative that there is value to the Climate Act’s costs the reported numbers are carefully presented to give the impression that the cost of inaction is greater than the cost of action.

I documented a trick used to deceive the public that benefits out-weigh costs by excluding legitimate Climate Act costs.  For example, the analysis did not include the costs of the 2035 zero-emission vehicle mandate as part of the modeling comparison case because the “program was already implemented”.  That decreased the costs of compliance.  In addition, the Plan incorrectly interprets guidance to inflate the societal benefits of avoided emissions. That increases the alleged benefits.  When those errors are corrected the costs are greater than the benefits.

There is another issue with the benefit claims.  James Hanley from the Empire Center submitted written testimony to the Climate Action Council that addressed the cost and benefits of the Climate Act.  Although the messaging is that the benefits surpass the costs, Hanley commented that:

But what is obfuscated in this message is that all the costs fall on New Yorkers, while they receive only a portion of the benefits. Avoided economic costs due to reduced greenhouse gas emissions estimated at $260 billion are global benefits, although the plan fails to specify this important detail. This becomes clear only to those who are aware that the $260 billion estimate is based on the Department of Environmental Conservation’s social cost of carbon, which in accordance with the CLCPA is explicitly a global benefit. This is not clearly specified in the Scoping Plan, leaving the unwary reader with the mistaken impression that the benefit to New York outweighs the cost to New York.

He goes on to explain that a careful analysis of the Draft Scoping Plan shows that the costs are greater than the benefits:

Despite the far-reaching impacts of the Climate Act, I remain convinced that most New Yorkers are unaware of what is coming.  In that context Spectrum News is to be congratulated for addressing this topic.  Unfortunately, like the majority of other news stories on this topic it accepts the basic talking points of both sides of the story without any investigation.  Advocates for action rely on talking points and typically respond to criticism by dismissing it as “misinformation”.

Investigation into the statements by both politicians would show their comments are real misinformation.  Houghtling implied that the Climate Act can reduce the potential risks to her jurisdiction but the State has never quantified those impacts or admitted that New York’s emissions relative to global emission increases negates anything we can do.

Rogers’ claim “if we don’t make these conversions, we will be paying many trillions more in costs for our communities” is not supported by the Draft Scoping Plan that projects benefits on the order of half a trillion over the period 2020-2050. Finally, careful review of the claimed benefits show that there are methodological issues and, importantly, that most of the benefits will accrue outside of New York. The costs will be real but the benefits are imaginary.

The news story interviewed politicians who supported a strong Climate Action Plan.  They don’t understand or don’t want to understand the enormous costs associated with the net-zero transition implementation.  To their defense the Hochul Administration has not provided sufficient information for anyone to find out what the state expects those costs to be.  Shouldn’t the fact that the Administration has refused to provide specific cost information for the proposed control strategies for a program that will radically transform the entire energy system of the state be the real story?