[Editor’s Note: The left wants us to sit down and shut up. It hates climate debate and wants to claim the mantle of science strictly for itself as cancel culture fails to work.]

At some point, the climate alarmists are going to have to wonder if the universe of “climate denial” and “climate skepticism” is growing so large that the real outliers are themselves.

Consider that Anthony Watts’s WUWT is the world’s leading climate website, for starters. At this site, hundreds of climate followers, many with advanced degrees and expertise otherwise, are providing timely, important peer review missing from even the august climate journals. (Ditto for Judith Curry’s influential site, Climate Etc.)

This is a very welcome state of affairs, given the politicization of climate science. Remember these infamous words of Phil Jones, Director of the Climatic Research Center, back in 2004: “I can’t see either of these papers being in the next IPCC report. Kevin [Trenberth] and I will keep them out somehow, even if we have to redefine what the peer-review literature is!” 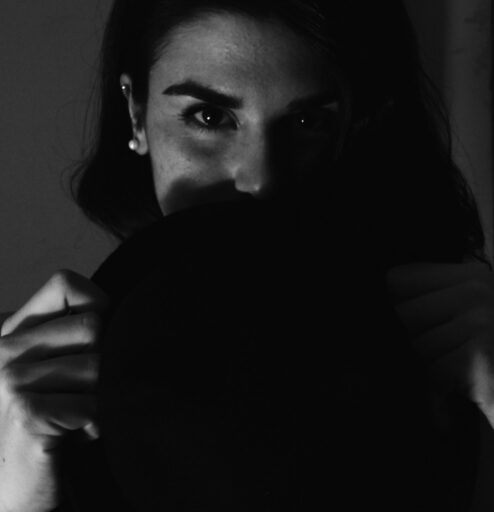 Shut up immediately and sit down now!

Much effort has been going into tracking, isolating, and marginalizing the deniers or skeptics of climate alarm. One major study with academic veneer was released on the eve of COP26, “Deny, Deceive, Delay: Documenting and Responding to Climate Disinformation at COP26 and Beyond.”

It is clear that climate sceptic pages actively and explicitly attacked efforts to curb climate change. Through a qualitative analysis of the 50 highest performing climate posts in this group, we found that 35 came from GB News Online, 10 from Spiked Online, 3 from Breitbart London, one from Net Zero Watch and one from Bjorn Lomborg.

That’s a lot of targets–and are you sure there are not a lot more?

Thematically, the messaging we observed usually presented the summit as one (or more) of the following:
● pointless
● a failure
● hypocritical
● harmful to the economy
● the product of an ‘eco-fascist’ agenda orchestrated by climate activists and elites

Five-for-five here. Another category should be added:

Instead, by rejecting most proposed mitigation and adaptation efforts, delayists aim to drive “deadlock or a sense that there are intractable obstacles to taking action.” Such arguments can be framed as ‘pro-green’ while advocating for inertia or inactivism, and often use the veneer of fiscal pragmatism, free market logic or concerns about individual liberty to confer legitimacy.

This all sounds good to me. Yes, wind and solar and batteries are full of eco-problems, and dense mineral energies preserve and enhance the green, living space.

The term ‘lukewarmer’ originated as a self-description by various authors and bloggers publishing on climate related topics, such as British Viscount and author Matt Ridley, before being picked up by media outlets as a wider narrative trend. Academic research has since defined this term as a basic acceptance of anthropogenic climate change combined with a belief that the threat is exaggerated, impacts will be markedly less than predicted by most climate scientists, or that global warming may even have beneficial effects. A key component of lukewarmerism is to claim that the ‘small and manageable’ effects of climate change render efforts to limit emissions ‘too difficult or expensive’, and that related calls to action are ‘alarmist’.

This is the happy middle of the climate science debate. Count me in!

The paper takes aim at Alex Epstein, John Stossel, Bjorn Lomborg, Jordan Peterson, and Michael Shellenberger, among others. Many organizations too. It all looks pretty good to me when the size of the non-alarmist community comes into view.

Cancel culture is not working. So what do the alarmists propose in their desperate hour? Here it is in seven steps:

Pretty ugly when the information snoops and censors are called in. And failing this, expect the CO2 police to get involved…..

The “deniers” and “skeptics” are winning the climate debate. The general public is tired of the decades of exaggeration and alarm. Expect “Deny, Deceive, Delay” to balloon in size if there is a second edition.

Editor’s Note: It is amazing how the left has utterly abandoned any pretense of favoring free debate and speech. It now seeks, always and everywhere, to shut down debate, squelch speech and deny opinions other than its own. It desires a public square where only it can talk and colludes with media of the same ilk as well as government to ensure no voice, no message and no thought not approved by the ruling class is ever heard. This is one of the greatest threats that exists to civilization as we know it and invites barbarism as samizdat seeps out and the failures to shut up everyone lead this unholy cabal to seek ever stronger measures and men to enforce its will.