CO2 Coalition Showing Us Carbon Dioxide Is Essential to Life

CO2 Coalition Showing Us Carbon Dioxide Is Essential to Life

[Editor’s Note: The CO2 Coalition is fighting against a tide of misinformation about the role of carbon dioxide in our world. It is nothing less than absolutely essential.]

Nearly all life requires this substance to exist, and the more of it the better for plants and the animals that depend on them. Invisible and odorless, it is as innocuous as can be. Nonetheless, the CO2 Coalition is seven years into defending carbon dioxide against efforts to remove it from the emissions of human activities and from the air itself. 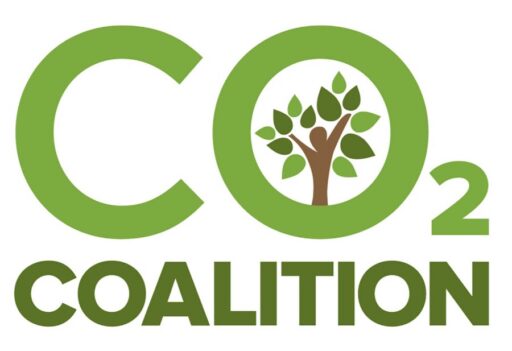 Established as a nonprofit at Arlington, Virginia, in 2015, the organization has grown to a membership of more than 100 individuals committed to using honest science to educate the public and policy makers about carbon dioxide’s role in the life cycle and to realistically assess climate change.

The membership is made up of some of the world’s foremost scientists and researchers who represent a wide range of disciplines, including astrophysics, biology, chemistry, economics, geology, mathematics, meteorology and physics.

A founder of the CO2 Coalition and current chairman is Dr. William Happer, professor emeritus in the Department of Physics at Princeton University and a specialist in modern optics and the behavior of atoms and molecules. Research by Dr. Happer and others shows that the greenhouse effect of carbon dioxide is limited to a narrow band of the electromagnetic spectrum and cannot cause dangerous heating of the planet.

“There is no climate emergency,” says Dr. Happer. “However, many scientists are afraid to say so because of the consequences of speaking one’s mind.

Carbon dioxide is completely natural. Plants need it to grow. We all breathe out about two pounds of it every day. When people say that we need to remove carbon dioxide from the air, I can’t imagine what they are thinking because today there is not enough carbon dioxide compared to what plants would prefer. We are living in a time of a carbon dioxide famine in the context of geological history. We need more of it not less.

The demonization of carbon dioxide is absurd. Widely accepted data, such as those from Antarctic ice cores, show that over geologic time almost never have carbon dioxide levels been as low as today. Over most of Earth’s history, levels have been four or five times what they are now.

Staffed with three full-time employees, the CO2 Coalition attacks the hysteria of climate alarmists on many fronts:

In the legal arena, the CO2 Coalition this year filed briefs in federal courts challenging the federal government’s position that carbon dioxide is a dangerous pollutant and its practice of including a “social cost of carbon” in environmental considerations.

One recent paper by the CO2 Coalition debunked proposals to limit the use of nitrogen fertilizers on the fallacious basis that they contribute to excessive atmospheric warming. Another, by a member of the organization, presented extensive evidence that fossil fuels are the most beneficial of energy sources based on their efficiencies and on the salutary effects of their emissions of carbon dioxide.

Over the last two years, Executive Director Gregory Wrightstone has spoken to many millions of people through media interviews.

“Mostly, I find people receptive to our message,” says Mr. Wrightstone, a geologist and author of the best-selling “Inconvenient Facts: The Science That Al Gore Doesn’t Want You to Know.”

“When many people hear the abundant evidence that today’s atmospheric warming is neither unusual nor unprecedented, they find themselves to be pleasantly surprised,” he says. “When we tell them that most of the last 10,000 years have been warmer than today or that Romans grew citrus in northern England 2,000 years ago, they are amazed.

“We are presenting the politically neutral information that popular media ignore while promoting an apocalyptic vision that is rendered invalid when the traditional scientific method is applied. The exaggerations of climate alarmists and the fearmongering predictions of their computer models cannot hold up to serious analysis.”

What has been the effect of all this work on the climate debate? “We are winning,” says Mr. Wrightstone.

Gordon Tomb is a senior advisor for the CO2 Coalition, Arlington, Virginia, and a senior fellow with the Commonwealth Foundation, a free-market think tank in Pennsylvania.