[Editor’s Note: Senator Carolyn Comitta, a climate cultist from Chester County proposes to buy off oil and gas workers on the cheap with other people’s money.]

Pennsylvania’s Democrats are having trouble selling the Regional Greenhouse Gas Initiative (RGGI), a carbon tax aimed at shutting down PA’s coal and natural gas-fired power plants, and by extension shutting down many shale-related jobs in the state. The Dems can’t paper over the fact that RGGI will spell massive layoffs.

So what do they propose? Government handouts to those who get laid off, paying them literally pennies on the dollar in government welfare checks in return for “saving the planet” by shuttering coal and gas-fired plants (and putting people out of work). That’s the brilliant solution proposed in a bill offered up by southeast Pennsylvania State Senator Carolyn Comitta (D-Chester County). 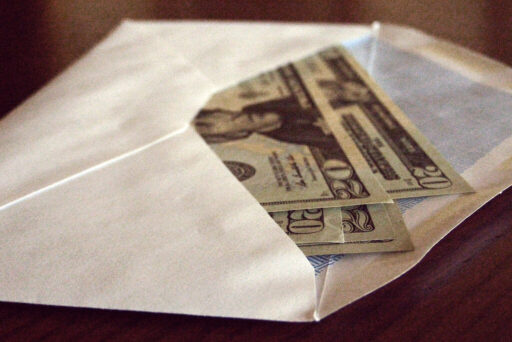 Buying off on the cheap?

Comitta’s bill would pay workers who make over $100,000 working in the shale industry less than half that amount. Is this some kind of sick joke? No, apparently not, according to this story in PA Environmental Digest Blog:

On June 4, Sen. Carolyn Comitta (D-Chester), Minority Chair of the Senate Environmental Resources and Energy Committee, announced plans to introduce legislation to invest the proceeds from the proposed Carbon Pollution Reduction Program covering power plants (RGGI) in efforts to help communities and workers during the transition to clean energy, environmental justice areas and other initiatives.

“A climate crisis is happening before our eyes. It is caused by human activity and carbon emissions. Every day, its impacts grow more severe. Every day, the need to act quickly and effectively grows more urgent,” said Sen. Comitta.

“According to Pennsylvania’s recently released 2021 Climate Impacts Assessment, average annual temperatures in the commonwealth will rise by 5.9°F by the middle of the century, with significant implications for public health, environmental justice and equity, our agriculture, recreation, and tourism industries, and the infrastructure we all depend on,” Sen. Comitta explained.

“Meanwhile, over the past decade, more than a dozen coal-fired power plants have closed in Pennsylvania, due to the shifting economics of energy, and a rapid movement to less expensive natural gas generation,” said Sen. Comitta. “That shift has left communities across the state grappling with lost tax revenue and unemployment, and limited resources to promote new economic development or provide workforce training and support.”

She said to address these challenges, she is inviting her Senate colleagues to co-sponsor legislation to invest the proceeds from the proposed Regional Greenhouse Gas Initiative (RGGI) program.

The Energy Communities Trust Fund will provide direct support to dislocated workers and communities experiencing impacts from the closure of existing power plants and the loss of jobs and investment.

A trust fund board made up of representatives from the executive branch, General Assembly, organized labor, and the state workforce development board.

The trust fund board will similarly be composed of representatives from the executive branch and legislature, as well as nominees made by DEP’s Environmental Justice Advisory Board.

Finally, revenue will be dedicated to employers in Pennsylvania’s industrial and commercial sector to help reduce their greenhouse gas emissions through investments in process electrification, fuel switching, combined heat and power, demand response and reduction, energy efficiency, and carbon capture utilization and storage.

“By making these targeted investments, we can both address the existential threat of climate change while also ensuring that all Pennsylvanians – from communities that form the backbone of our traditional energy economy to those currently bearing the brunt of health and safety risks associated with pollution and climate change – aren’t left behind in the transition,” said Sen. Comitta.

“Climate change is here. The science is clear. The economic realities are clear. The risks of inaction are dire.”*

Even if (a really big if) man-made global warming is actually happening, PA’s contribution to it is so infinitesimally small, banning coal and gas-fired power plants via a carbon tax will not fix it. Which begs the question, why are the Democrats so hellbent on ramming through the RGGI carbon tax? Because it gives them more money with which to bribe voters into reelecting them. That’s why.

Incidentally, we did our own research on rising temperatures. We used the ground temps at the Binghamton Regional Airport which sits on a hill outside the city. It’s a perfect place to measure whether or not temps are rising. We found over the past 30 years the average temp at the airport rose 0.7 degrees Fahrenheit. Yes, in 30 years the average temp increased less than one degree. And yet Comitta and the “experts” she quotes say earth’s temps will rise 5.9 degrees in the next 30 years if we don’t destroy the world’s economies and take everyone back to the Stone Age with no travel and no use of fossil fuels. Get real. This is an outright lie. Don’t fall for it.

Editor’s Note: It’s always about the money, just as Jim states. Democrats want RGGI as a slush fund. Climate is merely the excuse and no amount of moral narcissism on the part of Senator Carolyn Comitta is going to change that. These climate cultists with no regard  for real science need to be called out for who they are; egomaniacs and thieves.