Control, Control and More Control Is the Goal; Climate the Means

Control, Control and More Control Is Goal; Climate the Means

[Editor’s Note: Climate rants have nothing to do with climate change or saving the planet. They are all about control of our energy and economic future and what we can hear, see, read, learn, think and say.]

Present data showing that hurricane frequency and intensity are not increasing, but tornado activity has declined significantly since 1975; offer clear evidence of past, recurrent, major climate changes, including a widespread Little Ice Age from 1300 to 1850, a 2,400-year-old forest emerging from beneath a melting Alaskan glacier, a 5,200-year-old mummified traveler frozen on a once-nearly-ice-free Italian Alps trail – and they respond, Shut up! The climate crisis! The science is settled! Stop using fossil fuels! 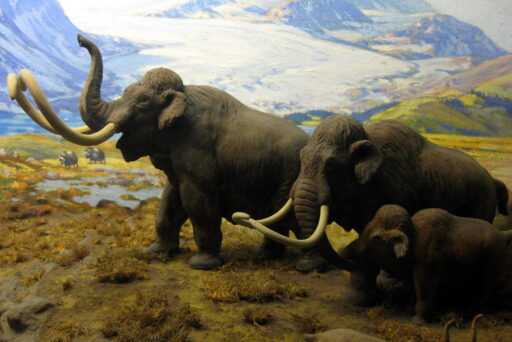 Fine. But take a few minutes to ponder some real climate disasters: the Pleistocene Ice Ages. And then ask Michael Mann, Al Gore, John Kerry and the rest of the climate cataclysm cabal to explain exactly how carbon dioxide and a few other greenhouse gases caused those massive ice sheets to grow and melt, multiple times.

Just CO2 and GHG, all by themselves. It’s impossible. They can’t do it. The CO2-driven crisis is a fable.

Widespread glaciation began some 1,800,000 years ago in North America and Europe, and about 800,000 years earlier on other continents. There were at least four, possibly five, major glacial periods, interspersed with warm intervals (like the one we’re in now) during which the glaciers mostly melted.

That last glacial epoch is named the Wisconsinan, because some of the most exemplary features are in my home state. It marks the furthest extent of glaciers southward into the United States and east and west across Canada. A piece of limestone on my desk shows striations (scratches) made by rocks dragged along beneath the monstrous glaciers that once covered Green Bay Packer country. 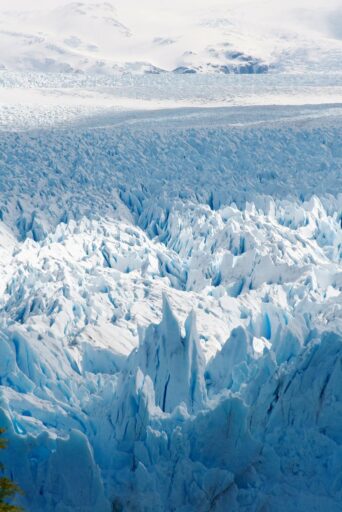 The glaciers – a mile or more thick in places – pulled so much water out of the oceans that sea levels fell 300-400 feet. The world’s continental shelves were high and dry, and a thousand-mile-wide “land bridge” between Asia/Siberia and Alaska/Canada enabled animals and humans to migrate between the continents. Plant and animal species arose, disappeared and were replaced with each warming and freezing.

The towering walls of slowly moving ice obliterated everything in their paths. They bulldozed enormous quantities of soil, rocks and boulders off vast land areas, then deposited them elsewhere as the glaciers retreated. The ice was so heavy that Earth’s crust beneath it was compacted tens of feet at the margins and nearly 1,000 feet in the eastern Hudson Bay area, where the glaciers were thickest. The land subsidence caused areas far beyond the glaciers to be pushed upward.

Even today, the compacted areas are still rebounding upward, while areas pushed upward are subsiding, making sea levels appear to be rising in some places, and falling in others.

Temperatures plummeted during each glaciation. Average annual air temperatures were in the 54-68 degree F range (12-20 C) during each ice age. Closer to the icy ramparts, they ranged from freezing to well below freezing. They rose significantly during the warm interglacial periods.

The massive ice packs across and just above what are now the world’s northern corn and wheat belts, plus frigid air and disastrously low atmospheric CO2 levels (around 180 parts per million), would have made agriculture impossible, had humans been farmers instead of nomadic hunter-gatherers. Another ice age would do likewise.

The last glacial period began about 129,000 years ago and ended 11,700 years ago – though not all at once everywhere. In North America, US glaciers disappeared by about 10,000 years ago; in the Hudson Bay area and northeast of that, they lingered several thousand more years.

The Ice Ages were Real Climate Cataclysms – dwarfing anything Earth might be experiencing today. No wonder alarmists refuse to debate climate change, its natural causes and minor human influences, and whether destroying our energy, economy and living standards would bring any climate benefits.

The fact is, their rants and demands aren’t about climate change. They’re about control.

Amid record crime, the Ukraine war, skyrocketing energy prices, Covid, plummeting student math and reading scores, economic recession, a looming cold winter of discontent – and soaring increases in fossil fuel use and emissions in China, India and a hundred developing countries – Biden-Democrat policy-makers are obsessed with climate change, because they think it’s their ticket to controlling our lives.

For them, it doesn’t matter that their entire case depends on ignoring Earth history, censoring skeptical voices – and focusing on computer models that predict temperatures and weather events that bear zero resemblance to what is actually happening right outside our windows, in the Real World. It doesn’t matter that their climate obsession is driving people to depression, drugs and suicide.

It doesn’t matter that eliminating fossil fuels that provide 80% of our energy (and 100% of the chemical feed stocks for fertilizers and thousands of other vital products) – and forcing us to rely on wind and solar power – would de-industrialize most of the United States, just as it’s doing now in Europe. It doesn’t matter that millions of blue collar jobs would disappear, or that living standards and life spans would nosedive.

The Biden-Green-Democrat Ruling Classes couldn’t care less. It’s not their jobs and living standards they’re decimating. It’s yours and ours. They’d happily destroy the best of the present and past that we want to preserve – and replace it with what? Utopian dreams in a parallel universe? Energy and economic systems that exist only in their fevered imaginations and proclamations?

They don’t care. They assume they’ll end up on top of the heap, the consequences for the rest of us be damned. Maybe most amazing of all, they actually believe their nonsense. Or at least they expect us to believe it – at least long enough to get their candidates safely past the upcoming elections.

So our job is simple, and we’re not likely to get a second chance.

Reduce the tyranny and power grabs, and restore some balance of power between the Legislative and Executive Branches, through the power of our votes on November 8. Rebuild our energy production and economy. Preserve and restore American pride, prestige, industry, prosperity, freedoms and free markets.