[Editor’s Note: No less an authority than Greta Thunberg, who recently admitted climate is all about socialism for her, has pronounced that COP27 is just a giant scam.]

Last week, Greta Thunberg called the COP27 climate meeting a “scam” that provides a platform for “greenwashing, lying, and cheating.” The teenage climate activist is probably right – for a change.

Many European countries that pledged at past meetings to move away from coal, oil, and natural gas have been unable to keep their promises. In the case of developing countries that depend heavily on hydrocarbons, the charade is even more apparent. For them, the meetings have become a ritual of going through the motions of green orthodoxy while intending to increase consumption of the fossil fuels necessary to sustain their economies. 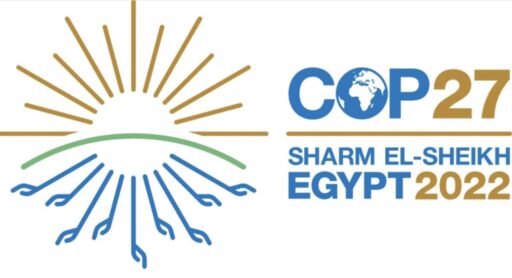 It will be no different this week as the 27th edition of the United Nations’ Conference of Parties gets underway in Egypt with dour predictions and solemn, but empty, commitments.

India and China – two of the biggest users of fossil fuels – will continue to play a ceremonial role at the meeting rather than accede to the pressures of a green priesthood dominated by western governments. The energy needs of the two Asian nations – and of others like them – are too great to do otherwise.

Even the geopolitical tensions of the Ukraine conflict did not stop these countries from their determination to secure more fossil fuels. China is the number one buyer of seaborne crude from Russia, taking in 1 million barrels per day. India is not far behind. Russia is now the biggest supplier of crude to the subcontinent, accounting for 22 percent of its imports.

India has 300 million people living in poverty – on less than $2 a day. Already experiencing huge increases in oil and gas prices, the country must secure energy at reasonable prices to avoid inflation rates that would be catastrophic for middle- and lower-income citizens.

India’s commitment to the Paris climate agreement is non-binding, allowing it to prioritize domestic energy needs ahead of emission-reduction goals. Its embrace of the Net Zero craze has been lukewarm at best, setting a distant and virtually meaningless target date of 2070. India’s state-owned coal entity, the Coal India Limited (CIL), has an ambitious yearly production objective of 1 billion tons.

Though the numbers are impressive, they pale in comparison to China’s. In 2021, China’s coal production was over 4 billion tons and is to increase in the coming years. According to the U.S. Energy Information Administration, “China is by far the world’s largest producer and consumer of coal, accounting for 46 percent of global coal production and 49 percent of global coal consumption – almost as much as the rest of the world combined.”

Ironically, the country’s coal output began to rise after Beijing joined the Paris climate agreement in 2016. Even more astonishing is the fact that most of the world’s renewable technology is manufactured by China’s coal-powered factories. Chinese coal is responsible for supporting the production of more than 60 percent of the world’s solar panels.

Neither the Paris agreement in 2016 nor the Net Zero movement have been able to reverse China’s and India’s dependency on fossil fuels. Unlike Europe, neither nation is willing to sacrifice economic growth and a certain level of energy independence for the destructive – and unachievable – objectives of the climate alarmists.

Green promises made at COP27 by China and India will be superficial at best.

This commentary was first published at American Thinker, November 7, 2022, and can be accessed here.